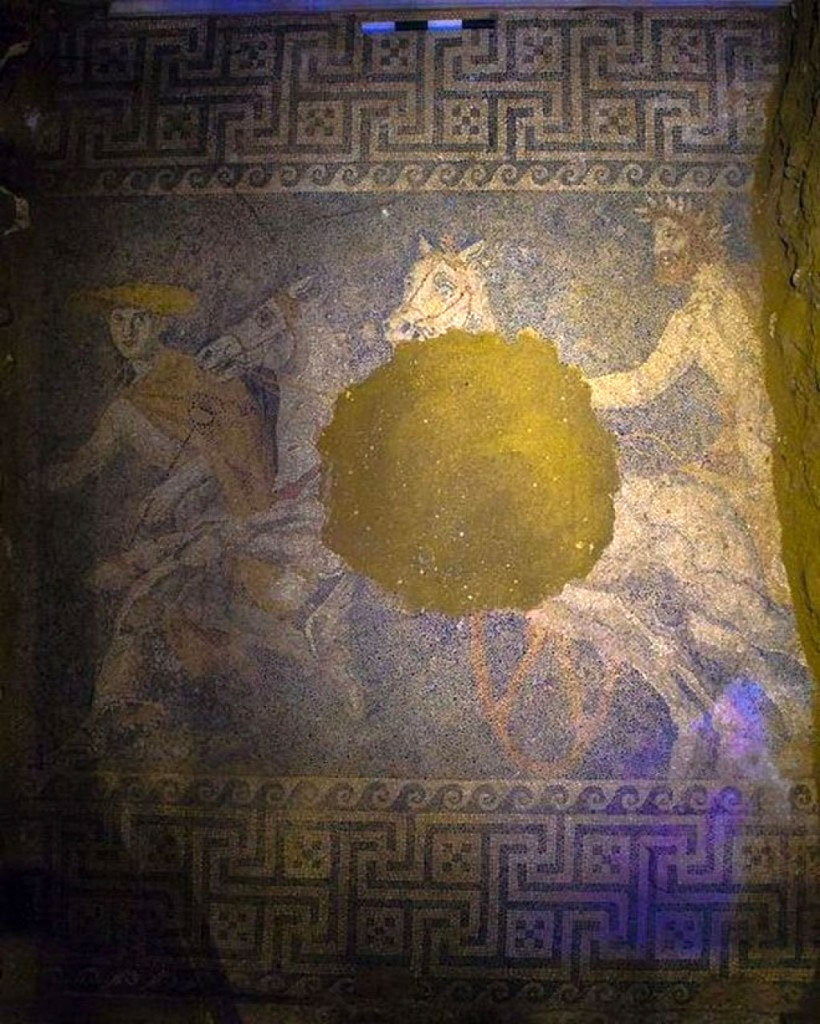 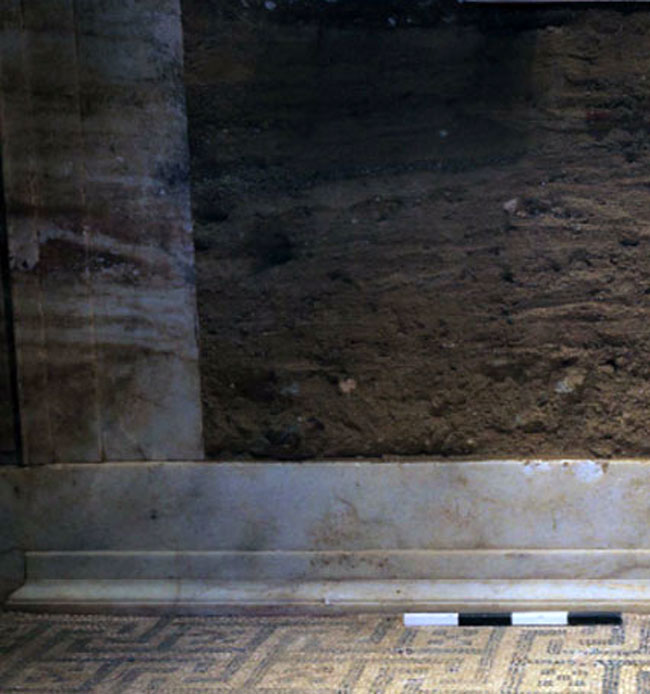 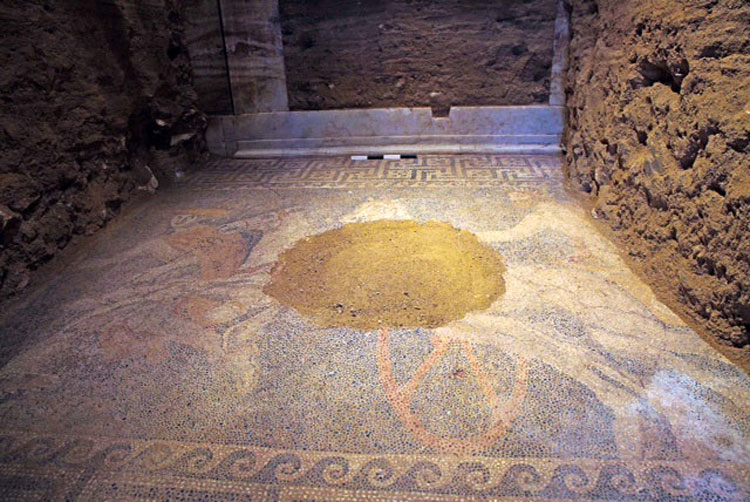 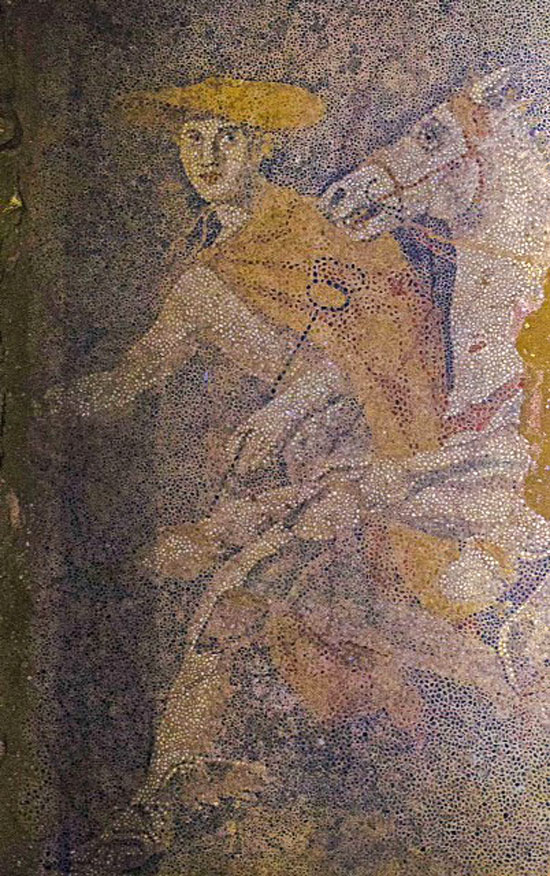 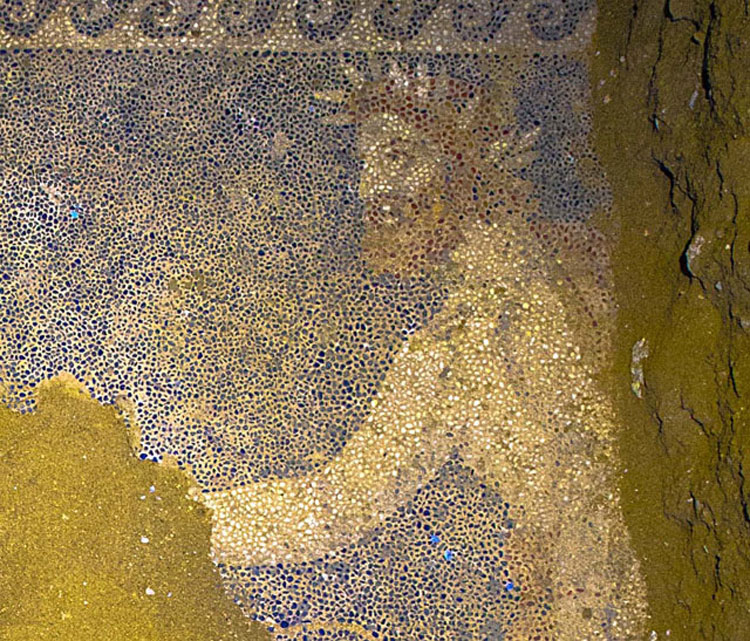 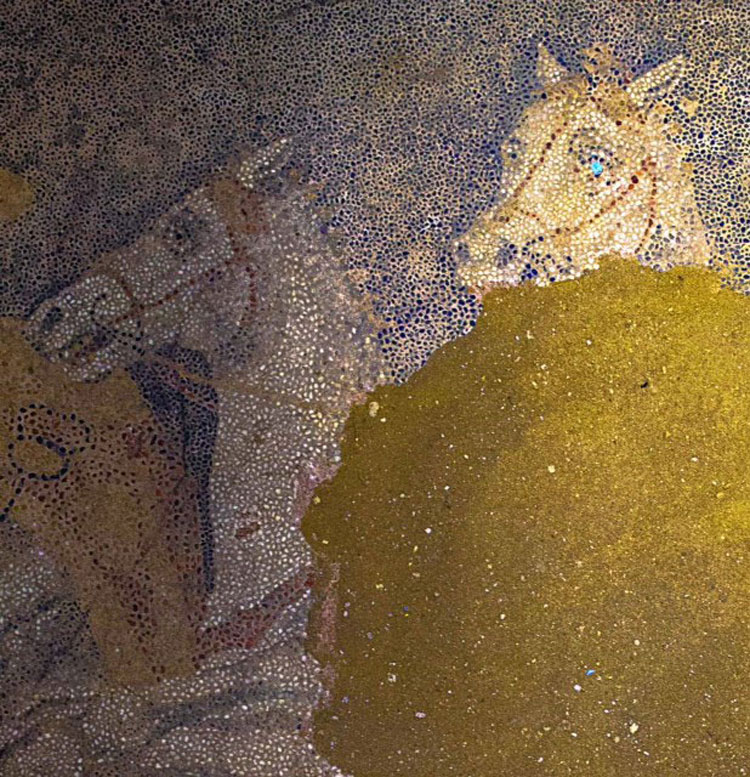 Depicting a man with a laurel wreath and god Hermes

During the ongoing excavations on the Kasta hill an impressive mosaic floor has been revealed behind the Caryatids, measuring 4.5x3m.

The mosaic is made of small pebbles in white, black, grey, blue, red and yellow colour. The central theme is bordered by a decorative frame (0,50m wide), which is composed by a double meander, squares and a running spiral. The scene has a blue-grey background.

The central theme depicts a chariot in motion, drawn by two white horses. A bearded man with a laurel wreath drives the chariot, while god Hermes Psychopompos (conveyor or conductor of souls into the afterlife) leads it. The god is pictured wearing a petasos (the typical winged hat of Hermes), a cloak, winged sandals and holding a caduceus. The composition is oriented in an eastern-west direction.

The mosaic features a unique mastery regarding the depiction of details of both the horses and the men. It also shows a perfect color harmony.

The composition dates back to the 4th c. BC, as the burial monument.

In the centre of the mosaic a circular area of 80cm diameter is missing. However, enough fragments have been found and in the next days archaeologists will try to reconstruct the missing part.