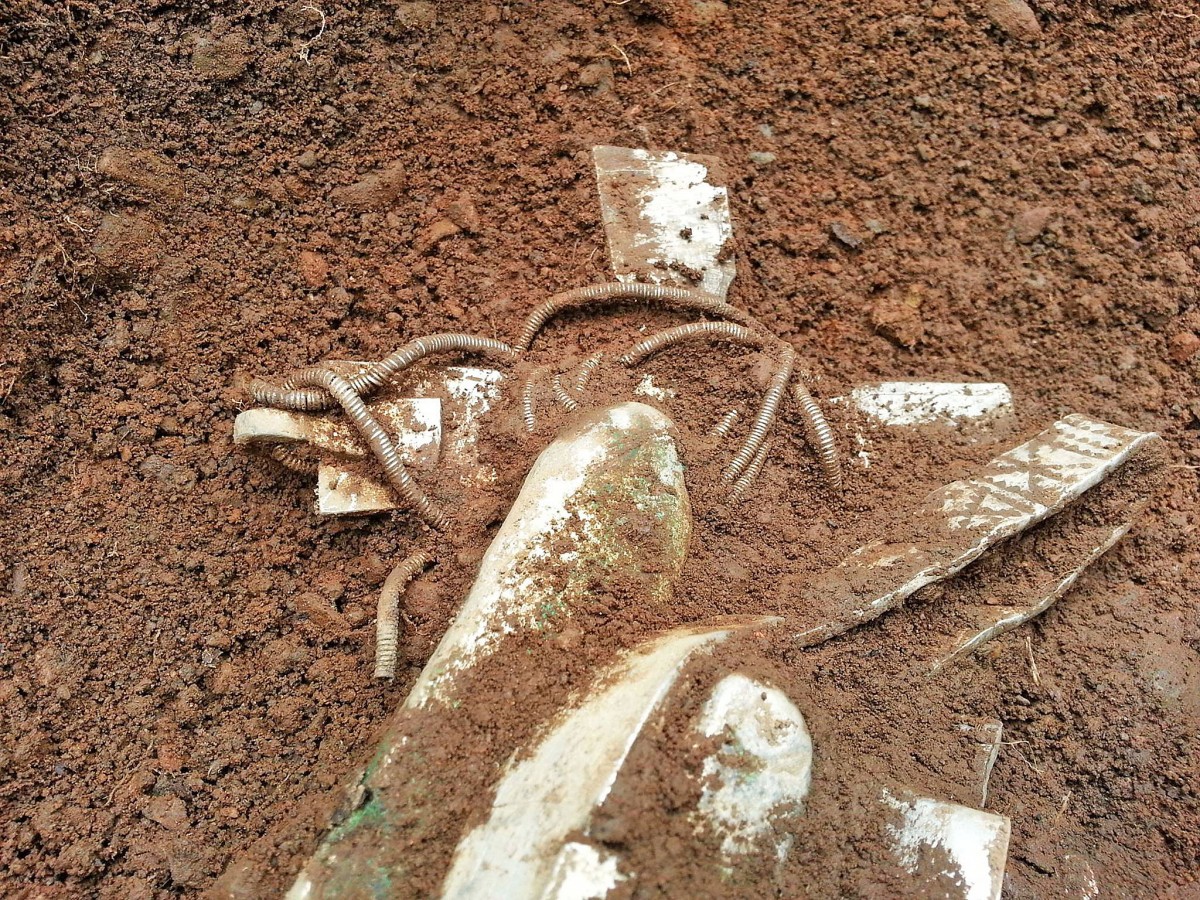 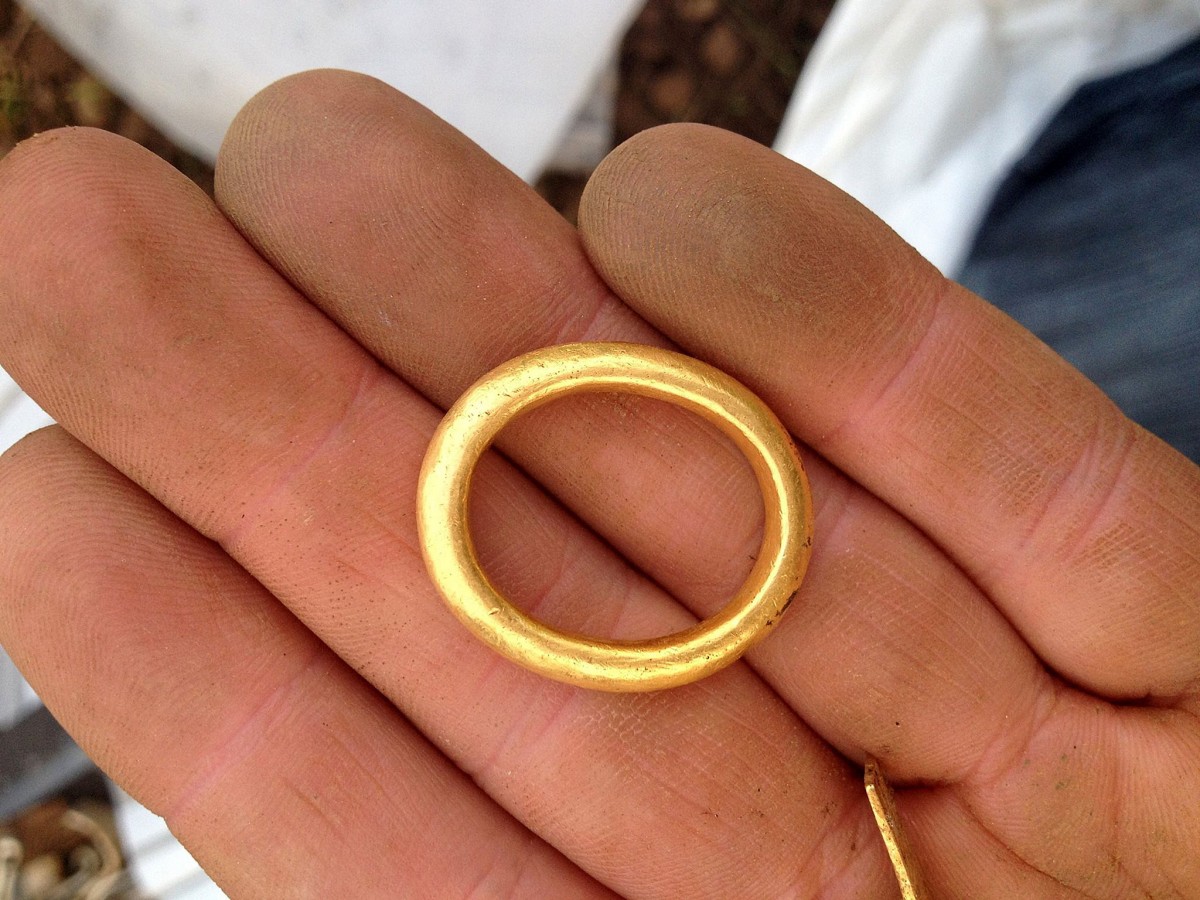 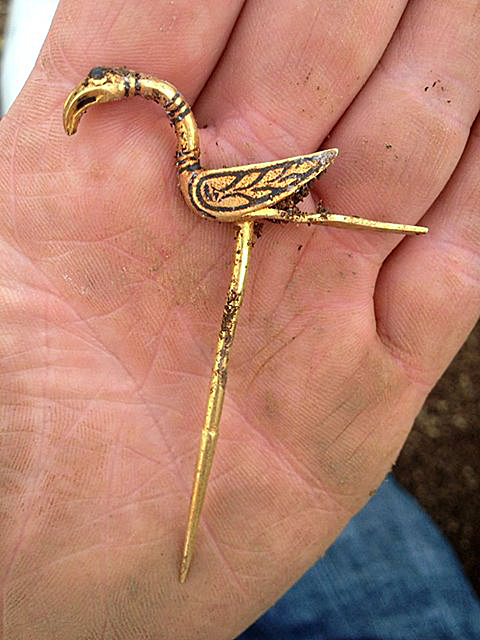 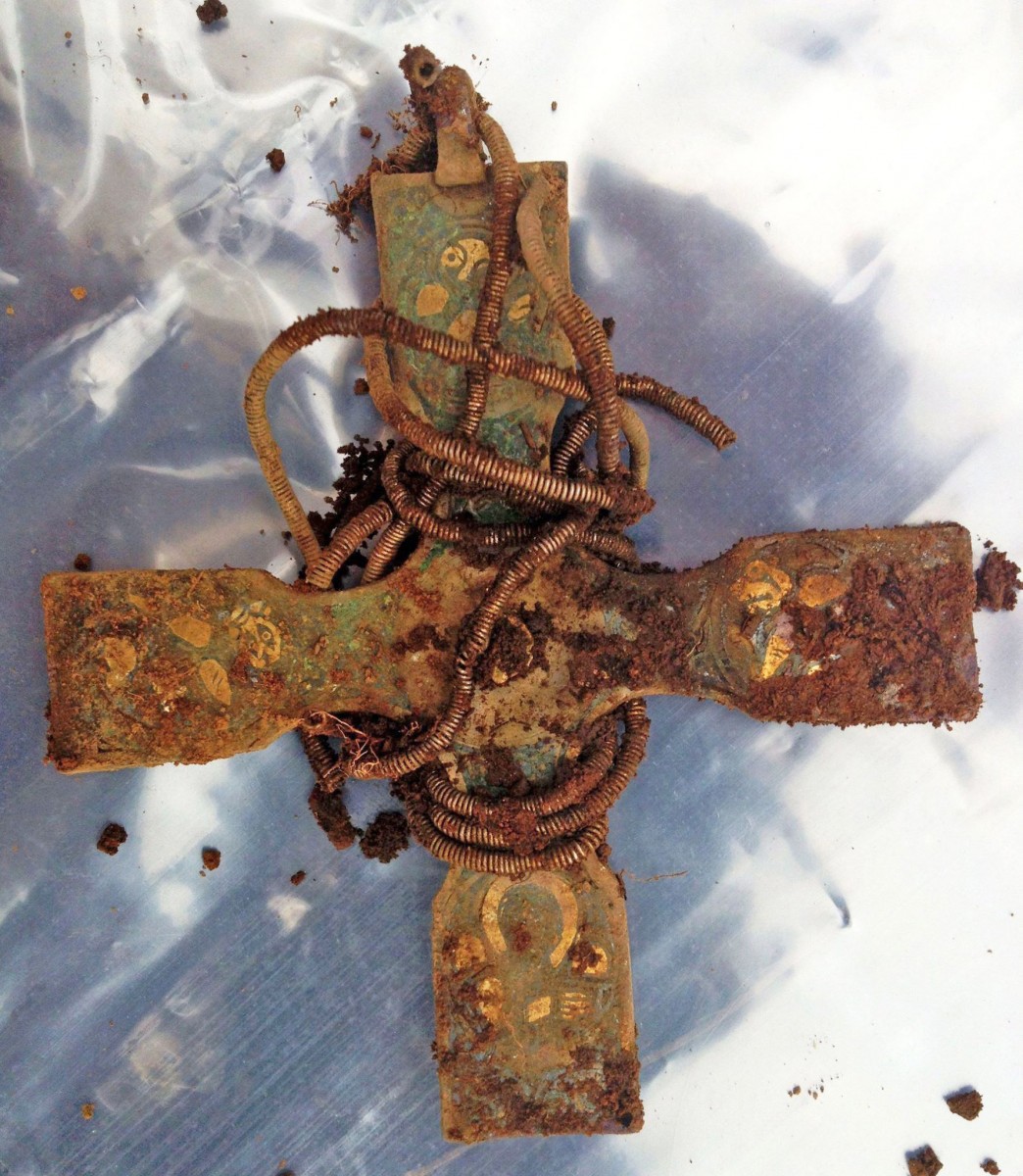 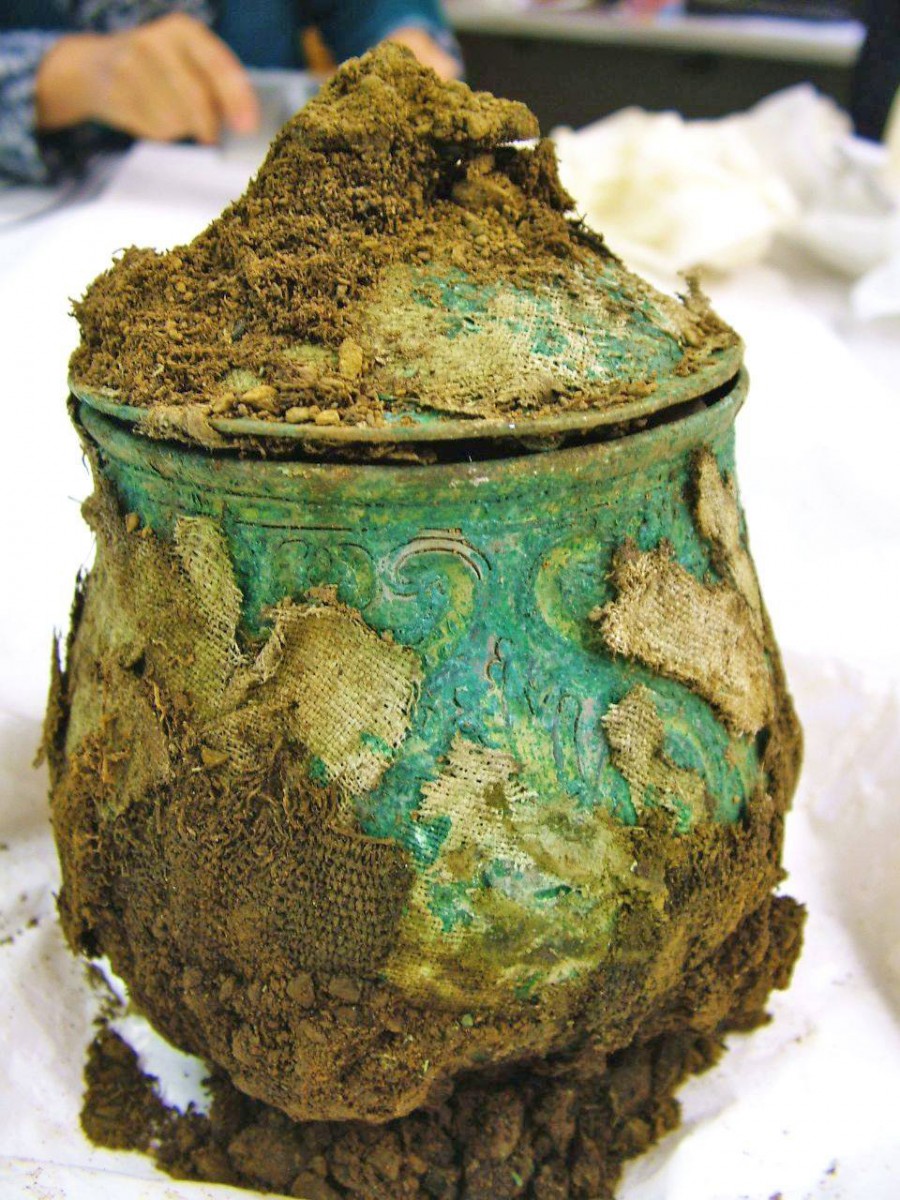 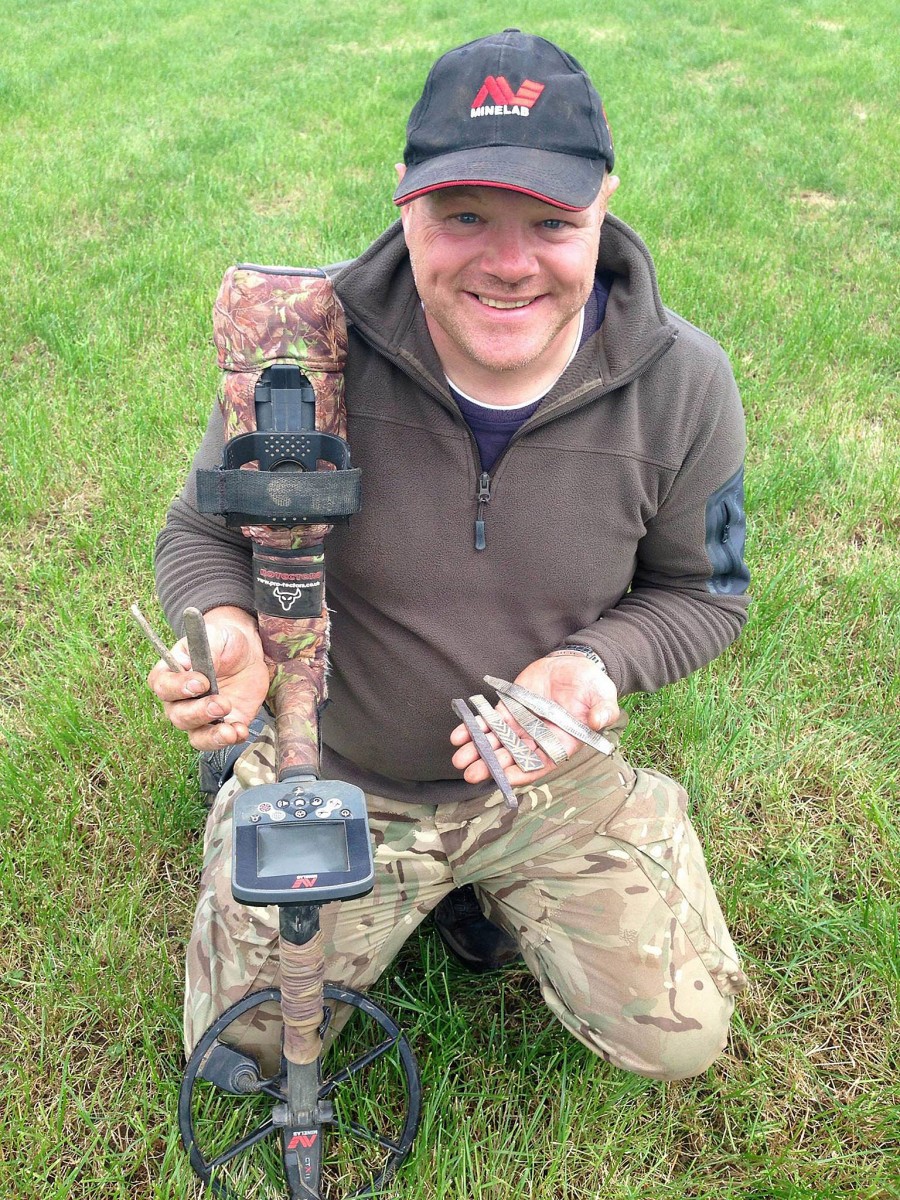 One of the most important Viking hoards ever found in Scotland has just been announced.

The historically significant find was made by Derek McLennan, a committed metal detector enthusiast who has been searching around the area in Dumfries and Galloway (Scotland) for the last year. The hoard contains more than one hundred artefacts, many of which are unique. They are now in the care of the Treasure Trove Unit and considered to be of international importance.

Derek, who’s 47, says he was rendered speechless when he made the discovery. He became so emotional when he phoned his partner, Sharon, to tell her the news that she thought he had been in a car crash. Derek is no stranger to finding treasure. He was part of a group which discovered more than 300 medieval silver coins shortly before Christmas last year. He says his latest discovery has enthused archaeologists, who believe it has the potential to reveal many new insights into the Vikings and other cultures of the time.

Among the objects within the hoard is an early Christian cross thought to date from the ninth or tenth centuries. The solid silver cross has enamelled decorations which experts consider to be highly unusual. Derek believes they could represent the four evangelists Matthew, Mark, Luke and John. He says “I think they are remarkably similar to the carvings you can see on St Cuthbert’s coffin in Durham Cathedral. For me, the cross opens up the possibility of an intriguing connection with Lindisfarne and Iona.”

Derek found the cross amongst dozens of silver arm rings and ingots some 24 inches (60 centimetres) below the ground – well beyond the depth his machine should have been able to register. When the hole was fully excavated by the county archaeologist Andrew Nicholson, Derek picked up another signal at its base. Further digging revealed a second level hoard of even higher quality, including possibly the largest silver Carolingian pot ever discovered, with its lid still in place. The pot is likely to have been made around 100 years before it was buried in the ground as part of the hoard in the ninth or tenth century. “We still don’t know exactly what is in the pot,” says Derek “but I hope it could reveal who these artefacts belonged to, or at least where they came from.”

When the discovery was made in early September, Derek was in the company of two ministers who are also detectorists; Rev Dr David Bartholomew, who is a Church of Scotland minister of a rural Galloway charge, and Mike Smith, the pastor of an Elim Pentecostal Church in Galloway. David says ” We were searching elsewhere when Derek initially thought he’d discovered a Viking gaming piece. A short time later he ran over to us waving a silver arm-ring and shouting ‘Viking’! It was tremendously exciting, especially when we noticed the silver cross lying face-downwards. It was poking out from under the pile of silver ingots and decorated arm-rings, with a finely wound silver chain still attached to it. It was a heart-stopping moment when the local archaeologist turned it over to reveal rich decoration on the other side.”

The hoard falls under the Scots law of treasure trove, and is currently in the care of the Treasure Trove Unit. The law provides for a reward to be made to the finder which is judged equivalent to the market value of the items. The Church of Scotland General Trustees, as the landowners, have reached agreement with Derek about an equitable sharing of any proceeds which will eventually be awarded. Secretary to the General Trustees, David Robertson said “We are very excited to have been part of such an historic find and we commend Derek for the spirit in which he has worked with us and the other agencies involved in making sure everything is properly registered and accounted for. Any money arising from this will first and foremost be used for the good of the local parish. We recognise Derek is very responsible in pursuing his interest, but we do not encourage metal detecting on Church land unless detailed arrangements have been agreed beforehand with the General Trustees.”

The location of the find is not being revealed. The Scottish Government, Treasure Trove Unit and Historic Scotland are all involved in ensuring the area is properly protected while the full historical significance of the site is established. The objects within the hoard will now undergo painstaking conservation work, revealing their secrets and preserving them for future generations.