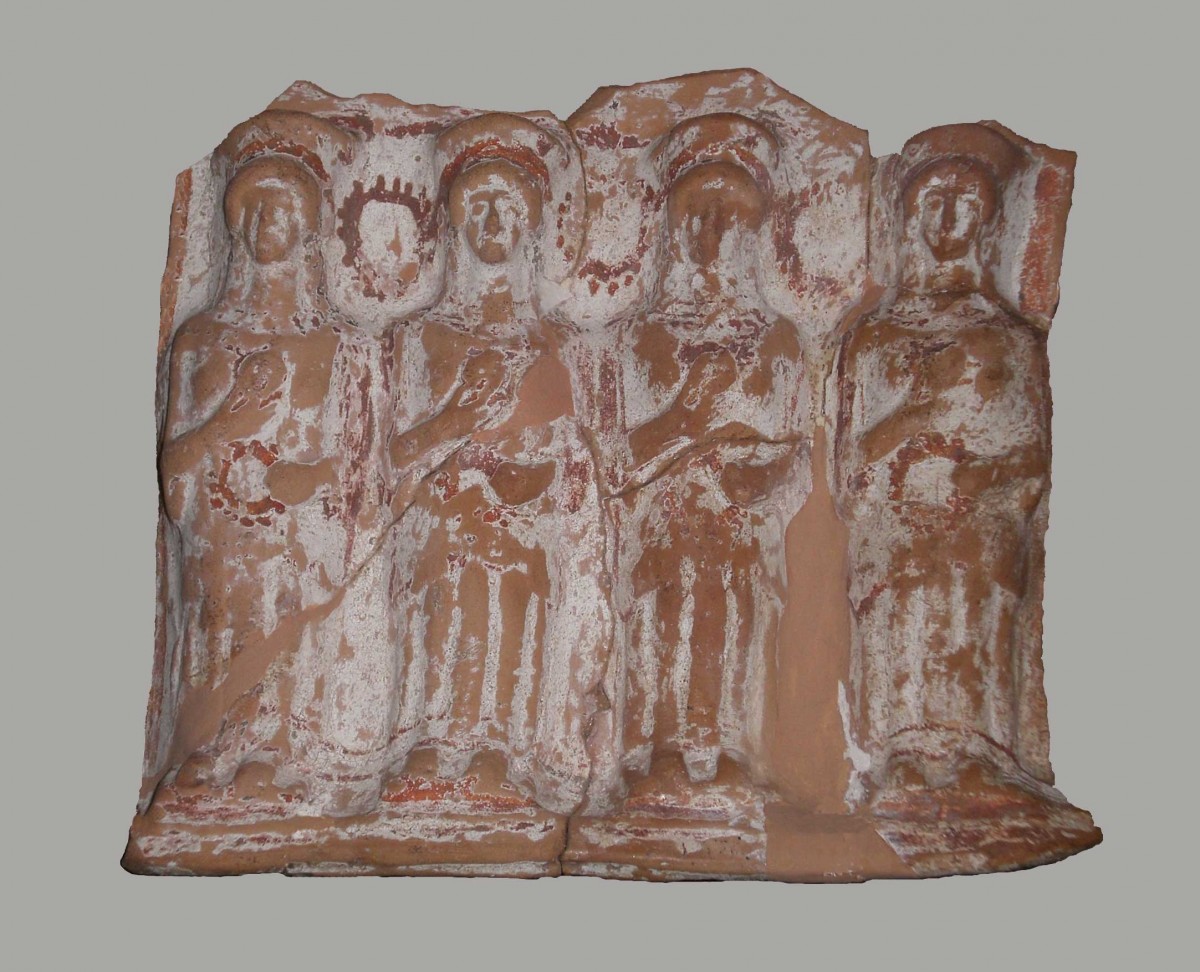 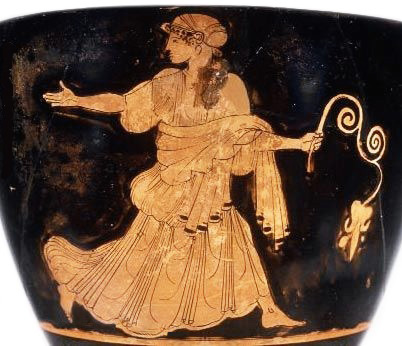 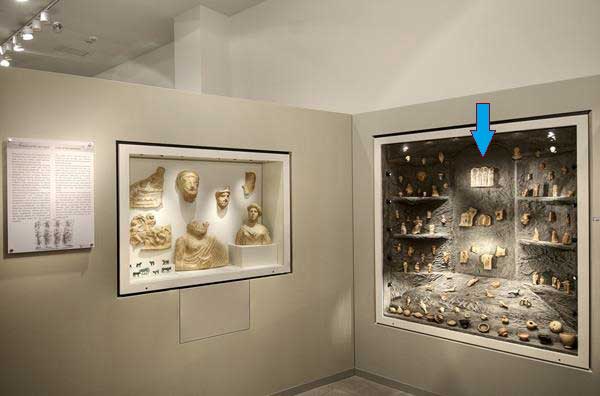 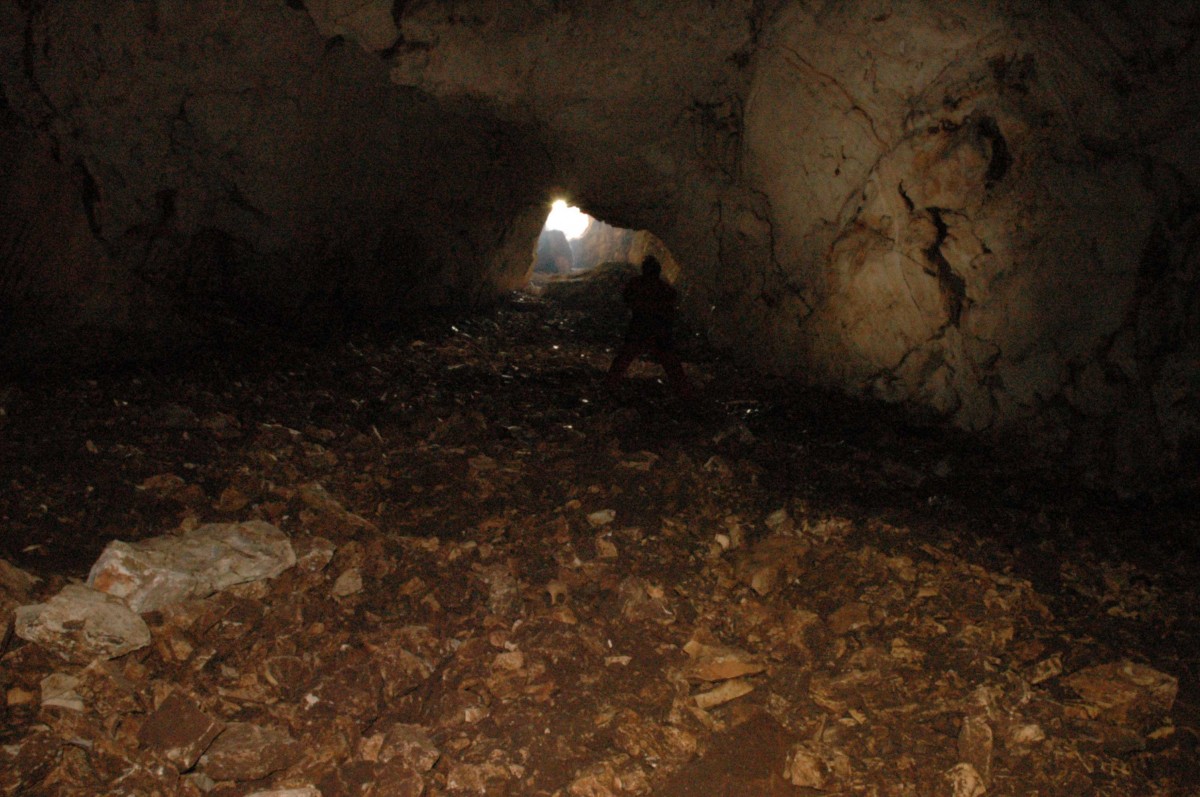 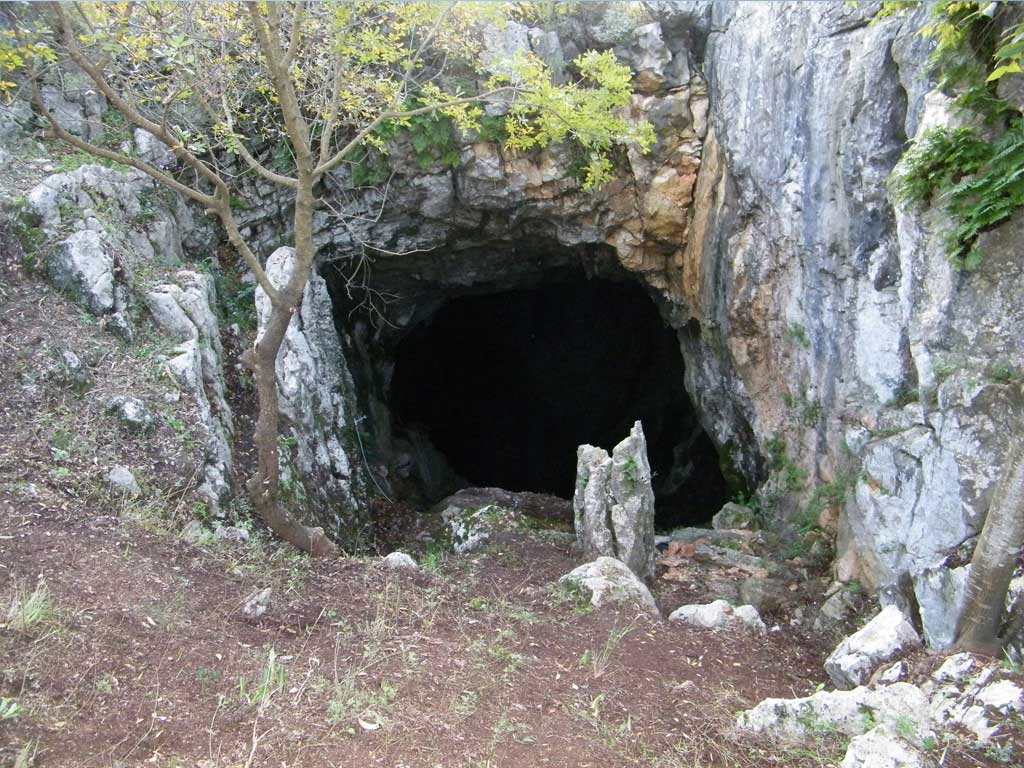 A clay relief plaque depicting four Nymphs was chosen by the 33rd Ephorate of Prehistoric and Classical Antiquities of Preveza and Arta to be presented as the exhibit of the month.

It was found in 1916 in a cave called “Koudounotrypa” on the hill of Peranthe, during excavation works, near the village Limini of Arta.

According to Greek mythology, the Nymphs, were divine female figures. They were young and they lived out in the wilderness.

They were singing and dancing with Pan in the meadows and on mountain slopes, usually close to sources of water. With their songs they were praising the gods of Olympus.

One of the most important places of worship of the Nymphs in Epirus was Ambracia.

According to ancient written sources and findings, the Nymphs were worshipped on the “Holy Mountain” where there was a cavern dedicated to the Nymphs, Hermes, Pan, Satyrs etc.

Worshipping of the Nymphs in Ambracia is of Corinthian origin and survived in the area up until the Roman era.

The clay relief plaque is exhibited in room A of the museum.

General editor: Christina Merkouri, Arcaheologist, Director of the 33rd Ephorate of Prehistoric and Classical Antiquities of Preveza and Arta.