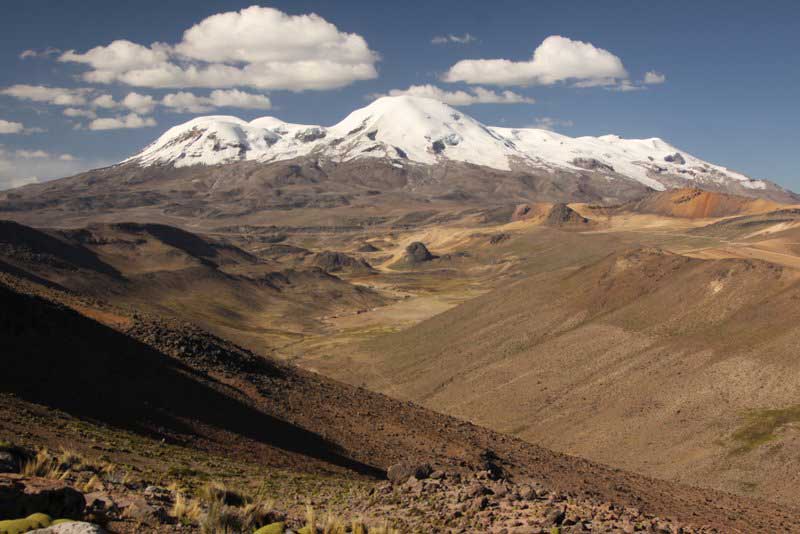 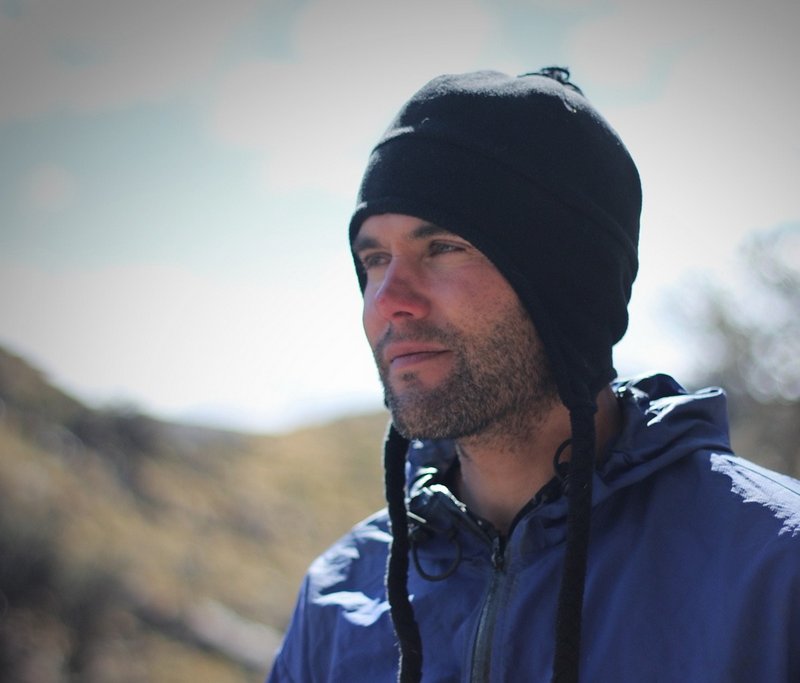 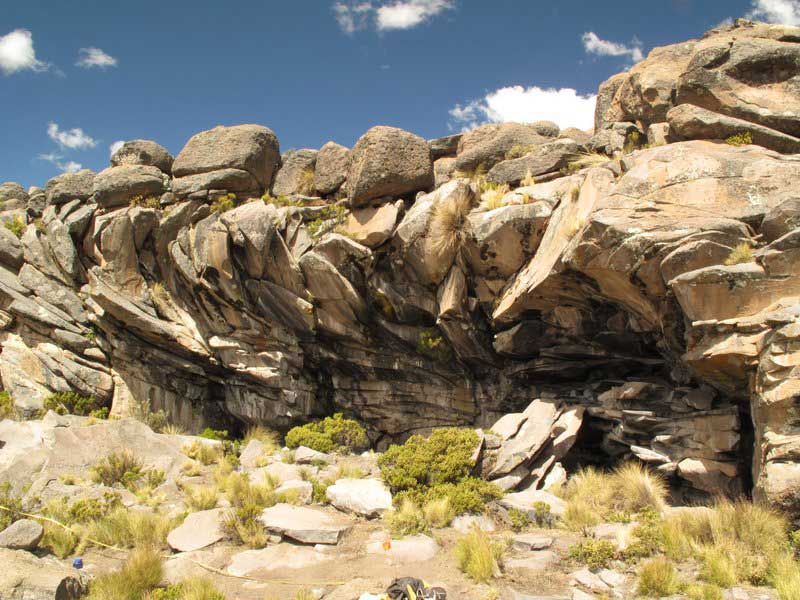 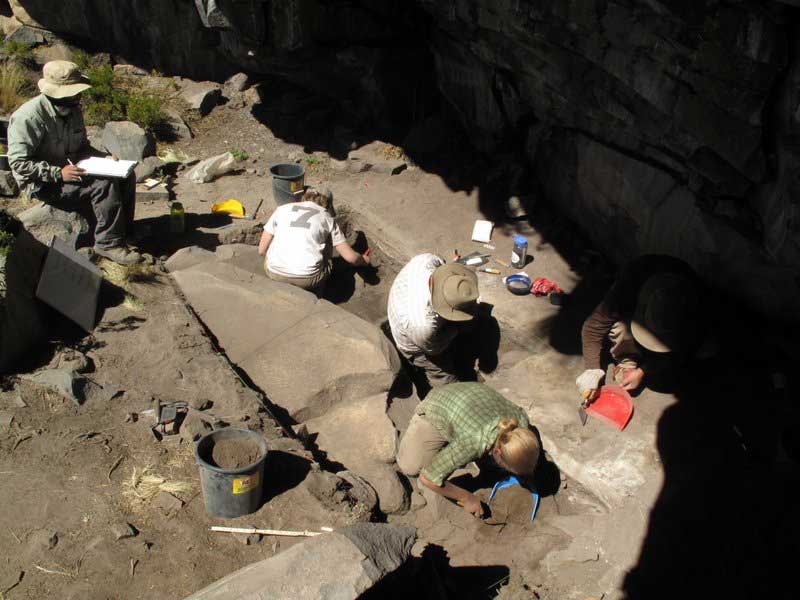 Extreme living in the Peruvian Andes

In the southern Peruvian Andes, an archaeological team led by researchers at the University of Maine has documented the highest altitude ice age human occupation anywhere in the world — nearly 4,500 meters above sea level (masl).

Despite cold temperatures, high solar radiation and low oxygen conditions at that altitude, hunter-gatherers colonized the remote, treeless landscapes about 12,000 years ago during the terminal Pleistocene — within 2,000 years after humans arrived in South America.

“Study of human adaptation to extreme environments is important in understanding our cultural and genetic capacity for survival,” according to the research team, led by Kurt Rademaker, a University of Maine visiting assistant professor in anthropology, writing in the journal Science.

The Pucuncho archaeological site, 4,355 masl, included 260 formal tools, such as projectile points, nondiagnostic bifaces and unifacial scrapers up to 12,800 years old. Cuncaicha rockshelter, featuring two alcoves at 4,480 masl, contains a “robust, well-preserved and well-dated occupation sequence” up to 12,400 years old. The rockshelter, with views of wetland and grassland habitats, features sooted ceilings and rock art, and was likely a base camp.

Most of the lithic tools at Cuncaicha were made from locally available obsidian, andesite and jasper, and are indicative of hunting and butchering consistent with limited subsistence options on the plateau, according to the researchers. In addition to plant remains, bones at the site indicate hunting of vicuña and guanaco camelids and the taruca deer.

Pucuncho Basin was a high-altitude oasis for specialized hunting, particularly of vicuña, and later, herding of domesticated alpacas and llamas. While the Pucuncho Basin could have sustained year-round residence, wet-season storms and the dangers of hypothermia, as well as the need to maintain extended social networks and collection of edible plants, may have encouraged regular descents, according to the research team.

In addition, the lithic tools and debitage included nonlocal, fine-grained rocks — some stream-polished. That would have required the plateau residents to visit high-energy rivers in the lower elevations.

It is unclear whether the high-altitude human settlement required genetic or environmental adaptations. But with evidence of high-altitude human habitation almost 900 years earlier than previously documented, the implication is that there may have been more moderate late-glacial Andean environments and greater physiological capabilities for Pleistocene humans.