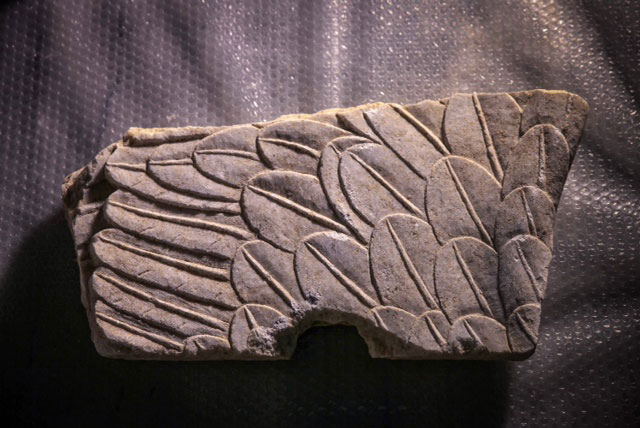 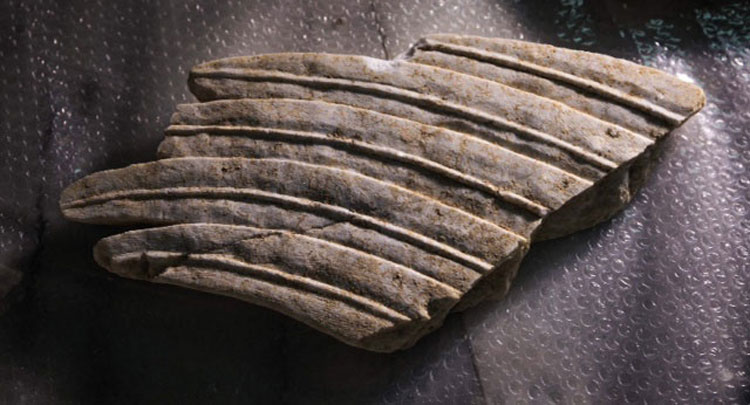 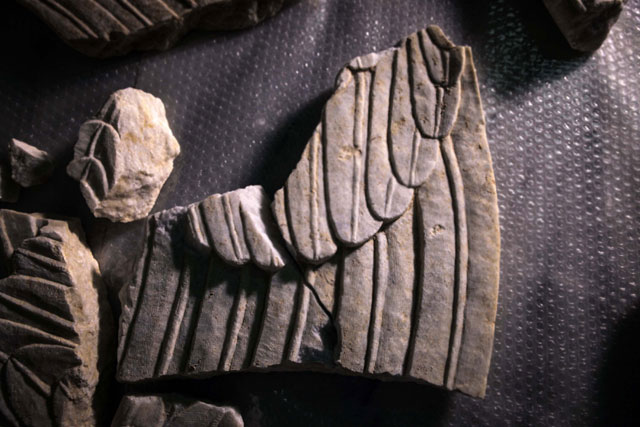 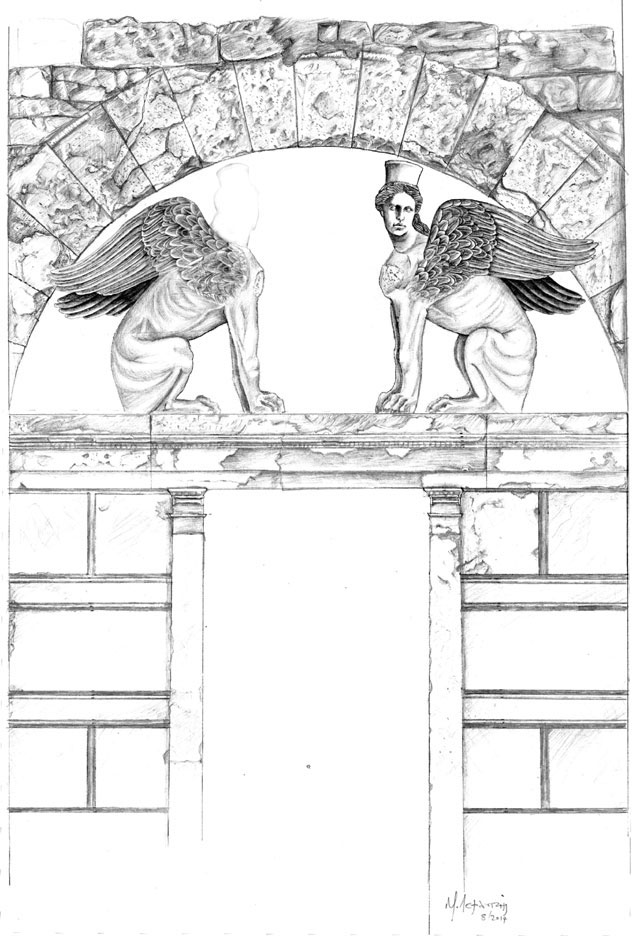 There is no door leading to a fourth chamber

The Ministry of Culture has released a video of the excavations at Amphipolis. The 2 minutes of footage show the revealing of the mosaic found in the second chamber of the burial monument. The Ministry has also published photos of the Sphinxes’ wings unearthed, which allow for the statues to be fully restored.

At the same time, as concluded by the investigations, no gateway leading to the fourth chamber has ever existed. The indication that had led archaeologists to that wrong assumption was a missing marble stanchion.

As found out by the trial trenching the depth of the third chamber-fourth room is 7.53m – i.e. 1.50m deeper than the previous rooms. Thus the excavation work proceeded up to half meter below the floor surface.

Under the porous stones of the floor and within the debris removed, parts of the Sphinxes’ wings, a fragment of the second Sphinx’s neck as well as fragments of the missing mosaic part were found.

Mrs. Mendoni contradicted the rumors of golden artefacts having been found within the chambers at the Press Conference given on October 28th. Asked how she explains the fact that after so much luxury we have a plain floor in the third chamber and whether this indicates a horizontal sealing wall, Mrs. Mendoni answered that the Ministry considers this as a working hypothesis, which means that they cannot exclude nor assert the possibility of a horizontal sealing wall by the present findings.