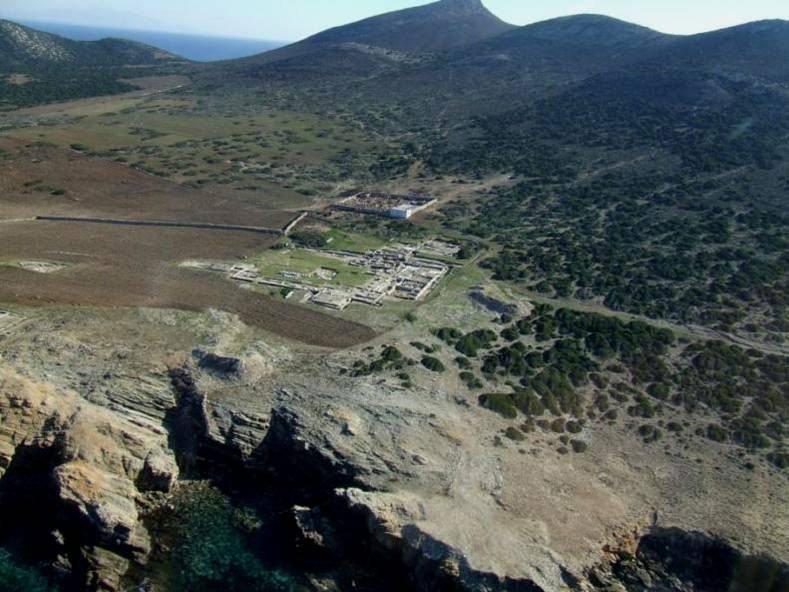 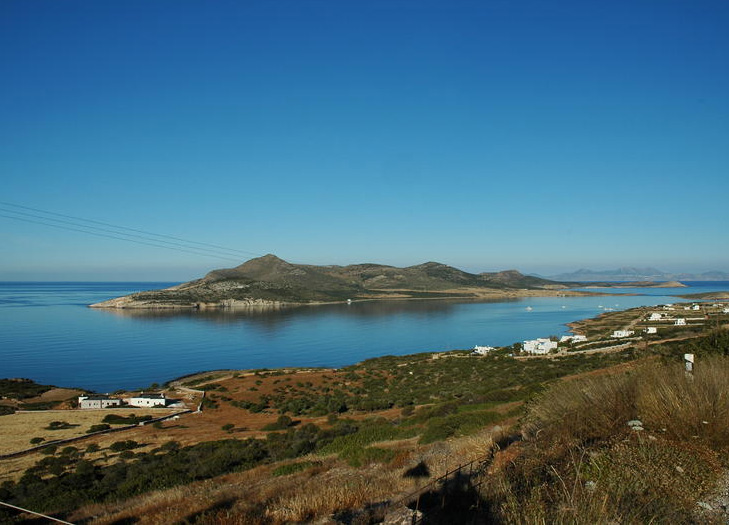 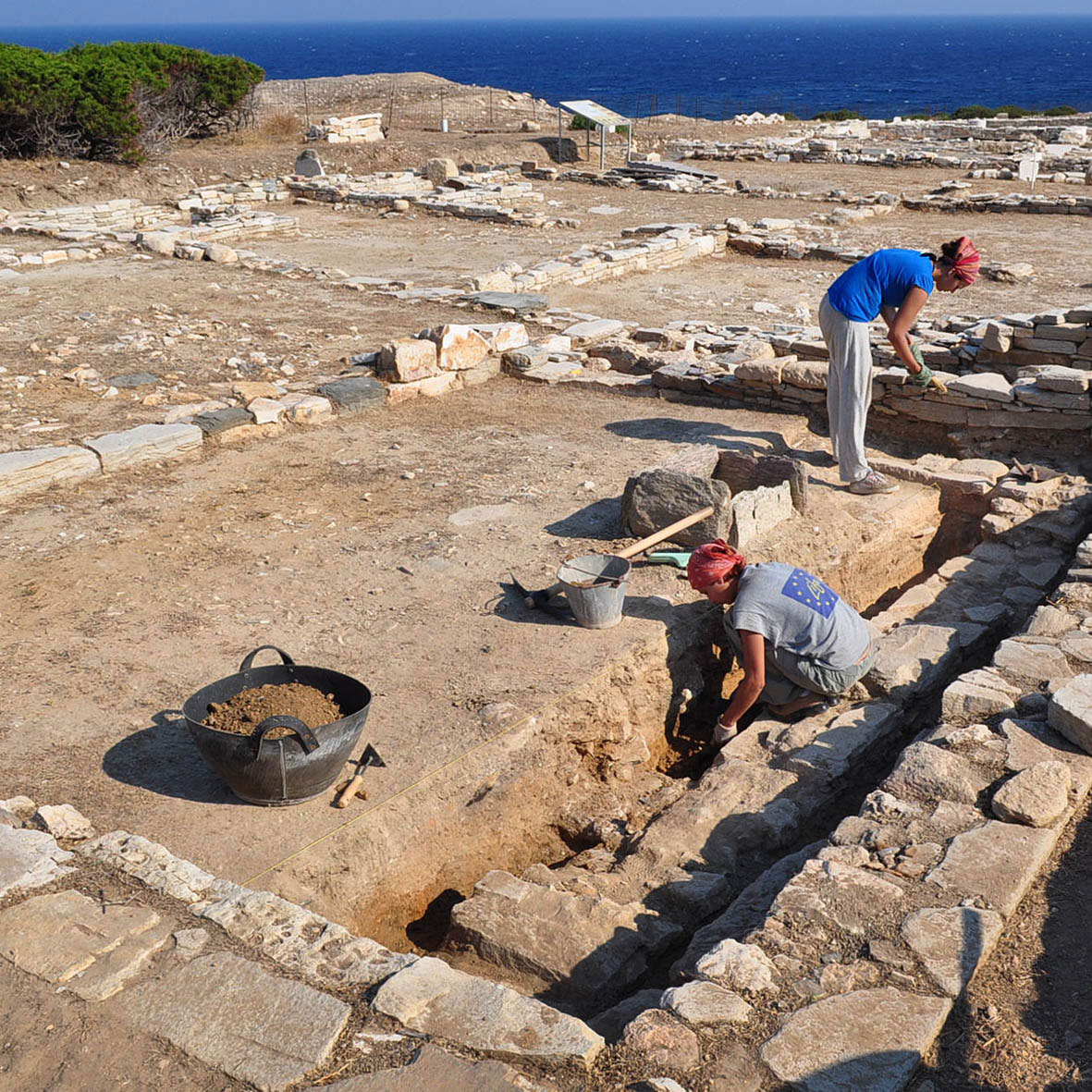 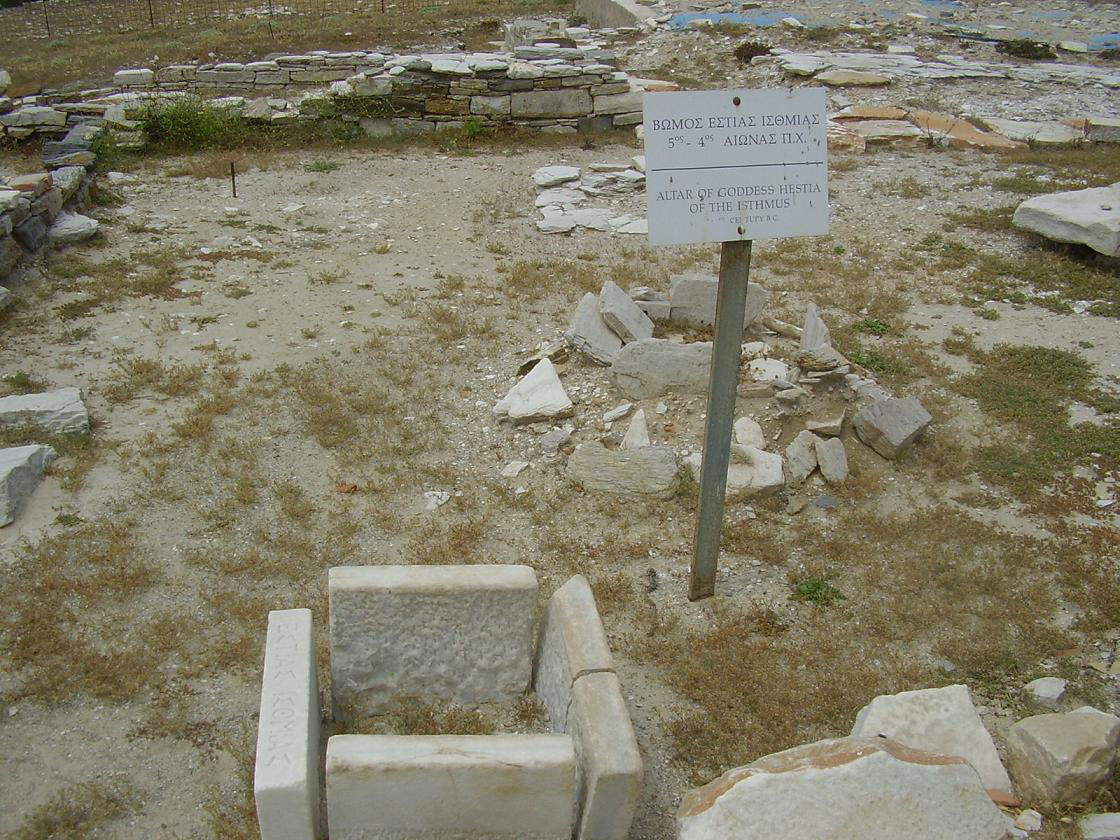 Despotiko: The uninhabited islet, west of Paros and Antiparos (Cyclades) is turning into a visitable site. Focus lies on the marble archaic sanctuary of Apollo.

Recent excavations on Despotiko have unearthed an Apollo sanctuary, marble sculptures, gold and bronze jewelry, faience scarabs and statuettes, and a remarkable clay statuette representing a female goddess dating to ca. 650 BC.

According to “Eleftheros Typos” (Sunday, November 2, 2014) in 2-3 years an important archaeological site, resembling Delos, will welcome its first visitors. “Our aim is to transform the island, with the support of the local authorities, into an ideal open museum, the rooms of which will be the archaeological sites” stated archaeologist of 21st Ephorate of Prehistoric and Classical Antiquities and head of the Despotiko excavations Yannis Kourayos.

The first restoration phase has almost been completed. Thus the monument has now a “third dimension”, it is easier conceivable for the public, like Karthaia on Kea and Sagri on Naxos.

Despotiko has an advantage compared to other archaeological sites. It is an unbuilt island and one can admire the unique unearthed antiquities in an untouched natural environment. Nature and history create a harmonic entity which has survived in the course of the centuries. Such a unique archaeological site in the Aegean must reserve its authenticity and be preserved, the archaeologist notes.

The findings brought to light by Y. Kourayos and his team in the last 17 years tell the story of the Archaic sanctuary, that the Parians built on the island, as well as different stories about Miltiades’ expedition against Paros and the revengeful fury of the pirates who burnt down the place.

The inscribed sherds which have been found confirm Apollo’s cult. The god was worshipped along with his sister Artemis and the goddess Hestia. But why did Parians decide to built this rich sanctuary on the small desert island of Prepesinthos – as it was named in antiquity?

The reasons were both financial and political. “Parians wanted to strenghten their dominance in the Aegean. Their main opponent was Naxos. Marble quarrying was the main income source for both islands”.

The sanctuary flourished during the Archaic period, in the 6th c. BC. Its core was a walled enclosure. There were also auxiliary buildings to meet the needs of the priesthood and the visitors. At the side of the marble prostyle temple a ceremonial dining space was in use.

The excavations have brought to light 18 buildings –including those found on the neighbouring island of Tsimenderi, connected with Despotiko by a narrow strip of land.

Despotiko is a declared archaeological site. The important archaeological work on the island receives no NSFR funding. “This is an excavation that does not charge the Greek state” Kourayos says. Works are continuing thanks to the support of private citizens and the grants from the ministry of Aegean, and the Latsis, A. Leventis and Kanellopoulos foundations.