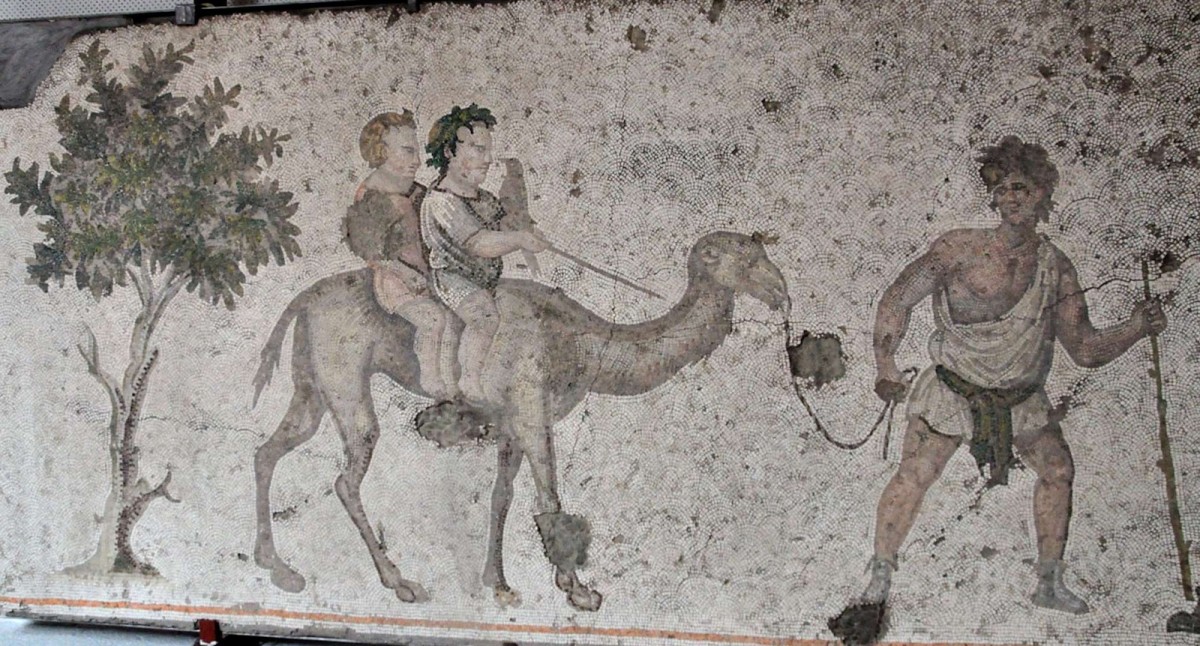 Documents from Roman Egypt give clues about childhood

In Roman Egypt, 14-year-old boys were enrolled in a youth organization in order to learn to be good citizens.

So says social historian and historian of ideas Ville Vuolanto, University of Oslo, who has joined forces with Dr April Pudsey of the University of Newcastle to dive deep into a mass of material of around 7,500 ancient documents written on papyrus. The texts comprise literary texts, personal letters and administrative documents. Never before has childhood been researched so systematically in this type of material.

The documents originate from Oxyrhynchos in Egypt, which in the first five hundred years CE was a large town of more than 25,000 inhabitants. Oxyrhynchos had Egypt’s most important weaving industry, and was also the Roman administrative centre for the area. Researchers possess a great deal of documentation precisely from this area because archaeologists digging one hundred years ago discovered thousands of papyri in what had once been the town’s rubbish dumps.

Only boys born to free-born citizens were entitled to be members of the town’s youth organization, which was called a ‘gymnasium’.  These boys were the children of local Egyptians, Greeks and Romans. Their families would necessarily have been quite prosperous, and have had an income that placed them in the ‘12 drachma tax class’. It is uncertain how large a proportion of the population would have qualified, probably somewhere between 10 and 25 per cent, Vuolanto explains.

Girls were not enrolled as members of the ‘gymnasium’, but are often mentioned in the administrative documents as being the boys’ siblings. This may have had to do with family status or tax class. Both girls and women could own property, but in principle they had to have a male guardian.

Some boys were apprenticed

For boys from well-off families of the free-born citizen class, the transition to adult life started with enrolment in the ‘gymnasium’. Other boys started working before reaching their teens, and might serve an apprenticeship of  two to four years. The researchers have found about 20 apprenticeship contracts in Oxyrhynchos, most of them relating to the weaving industry. Males were not reckoned to be fully adults until they married in their early twenties.

Most girls remained and worked at home, and learned what they needed to know there. They generally married in their late teens – a little earlier than boys.

“We have found only one contract where the apprentice was a girl,” Vuolanto remarks. “But her situation was a little unusual – she was not only an orphan but also had her deceased father’s debts to pay.”

Slave children could also become apprentices, and their contracts were of the same type as for the boys of free-born citizens. Slaves lived either with their owners or in the same house as their master, while free-born children generally lived with their parents.

But life was different for slave children nonetheless. Vuolanto says they have found documents to show that children as young as two were sold and separated from their parents.

In one letter, a man encourages his brother to sell the youngest slave children, and some wine — whereas his nephews should be spoiled. He writes “…I am sending you some melon seeds and two bundles of old clothes, which you can share with your children.”

Little is known about young children

Little is known about the lives of children until they turn up in official documents, which is usually not before they are in their early teens. It seems that children began doing light work between the ages of seven and nine. Typically, they might have been set to work as goatherds or to collect wood or dry animal dung for fuel.

There were probably a good number of children who did not live with their biological parents, because the mortality rate was high.

“It’s like putting together a jigsaw puzzle. By examining papyri, pottery fragments with writing on, toys and other objects, we are trying to form a picture of how children lived in Roman Egypt,” explains Vuolanto.