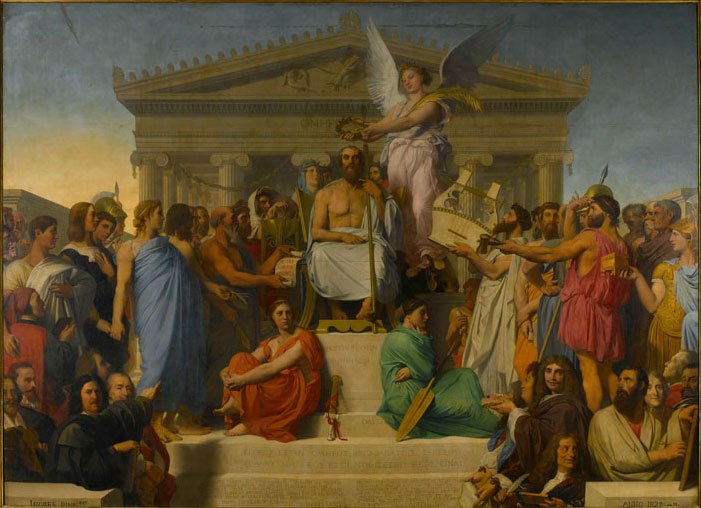 A Game of Thrones: Succession in the Ancient World

A Game of Thrones: Succession in the Ancient World is the subject of the 19th Annual Graduate Student Colloquium, due to take place at the University of Virginia on April 11, 2015. Keynote Speaker will be Professor Karl Galinsky (University of Texas at Austin).

From the Zeus of Hesiod’s Theogony to the emperor Augustus, the story of attaining power in antiquity is intimately bound up with questions of succession: how can power be secured not just against rivals but for future generations? Or, from the perspective of the successor, how can power be legitimized through the invocation of one’s predecessors? Whether these politics play out in the cosmological or human sphere or somewhere in between, a similar tension exists between stability and change, tradition and innovation.

Naturally, these dynamics are not restricted to the political arena: poets, historians, philosophers, and visual artists all confront the problem of establishing their own authority within or against the tradition of those who came before. So Ennius frames himself as a second Homer, Herodotus both critiques and draws on Hecataeus, and Socrates’ competing successors all wrestle over his legacy. In the visual arts, Roman and Byzantine emperors both co-opt and compete with the iconographies of their predecessors.

This colloquium seeks to bring together treatments of succession, broadly conceived, from a variety of disciplines and areas of study. The Organizing Committee welcomes papers from the fields of Classics, Archaeology, Art History, History, Philosophy, Religious Studies, Medieval Studies, and anyone with arresting and creative projects dealing with succession in antiquity.

Papers should be 15-20 minutes in length. Please send abstracts of no more than 300 words (not counting bibliography) to Nate Zawie ([email protected]) by no later than January 15th.