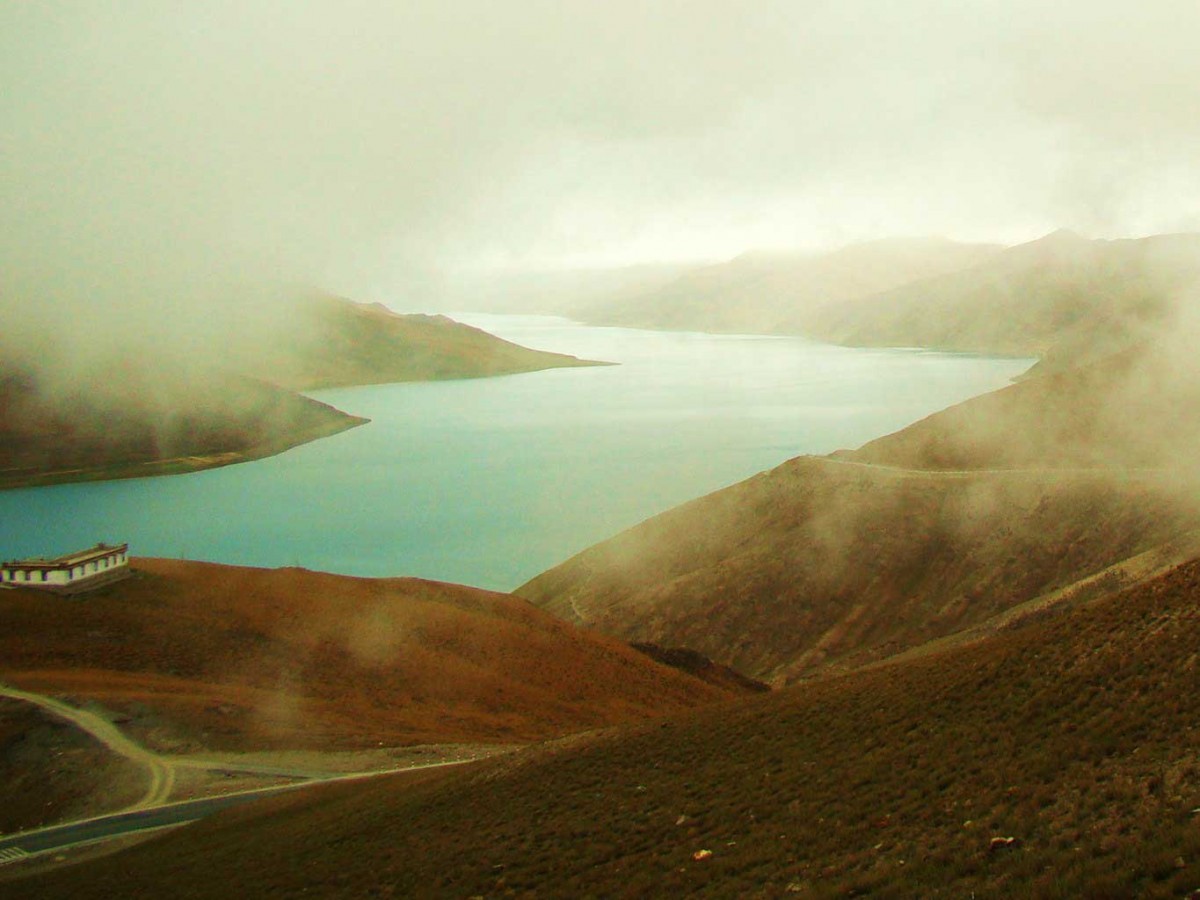 Along the Yarlung Tsangpo River, north of the eastern end of the Himalaya

The discovery of an ancient buried canyon in Tibet rules out a popular model used to explain how the massive and picturesque gorges of the Himalaya became so steep, so fast.

A team of researchers from the UK, USA, Germany and China have discovered an ancient, deep canyon buried along the Yarlung Tsangpo River in south Tibet, north of the eastern end of the Himalaya. The geologists say that the ancient canyon—hundreds of metres deep in places—effectively rules out a popular model used to explain how the massive and picturesque gorges of the Himalaya became so steep, so fast.

“I was extremely surprised when my colleagues, Jing Liu and Dirk Scherler, showed me the evidence for this canyon in southern Tibet,” says Jean-Philippe Avouac of Cambridge’s Department of Earth Sciences, who conducted the research while at Caltech. “When I first saw the data, I said, ‘Wow!’ It was amazing to see that the river once cut quite deeply into the Tibetan Plateau because it does not today. That was a big discovery, in my opinion.”

Geologists like Avouac and his colleagues, who are interested in tectonics, the study of the earth’s surface and the way it changes, can use tools such as GPS and seismology to study crustal deformation that is taking place today. But if they are interested in studying changes that occurred millions of years ago, such tools are no longer useful because the activity has already happened. In those cases, rivers become a main source of information because they leave behind geomorphic signatures that geologists can interrogate to learn about the way those rivers once interacted with the land—helping them to pin down when the land changed and by how much, for example.

“In tectonics, we are always trying to use rivers to say something about uplift,” Avouac says. “In this case, we used a paleocanyon that was carved by a river. It’s a nice example where by recovering the geometry of the bottom of the canyon, we were able to say how much the range has moved up and when it started moving.”

The team reports their findings in the current issue of Science Express.

Last year, civil engineers from the China Earthquake Administration collected cores by drilling into the valley floor at five locations along the Yarlung Tsangpo River, the data from which suggested the presence of a paleocanyon.

The researchers analysed the core data and found that at several locations there were sedimentary conglomerates, rounded gravel and larger rocks cemented together, that are associated with flowing rivers, until a depth of 800 metres or so, at which point the record clearly indicated bedrock. This suggested that the river once carved deeply into the plateau.

To establish when the river switched from incising bedrock to depositing sediments, they measured two isotopes, beryllium-10 and aluminum-26, in the lowest sediment layer. The isotopes are produced when rocks and sediment are exposed to cosmic rays at the surface and decay at different rates once buried, and so allowed the geologists to determine that the paleocanyon started to fill with sediment about 2.5 billion years ago.

The researchers’ reconstruction of the former valley floor showed that the slope of the river once increased gradually from the Gangetic Plain to the Tibetan Plateau, with no sudden changes, or knickpoints. Today, the river, like most others in the area, has a steep knickpoint where it meets the Himalaya, at a place known as the Namche Barwa massif. There, the uplift of the mountains is extremely rapid (on the order of 1 centimetre per year, whereas in other areas 5 millimetres per year is more typical) and the river drops by 2 kilometres in elevation as it flows through the famous Tsangpo Gorge, known by some as the Yarlung Tsangpo Grand Canyon because it is so deep and long.

Combining the depth and age of the paleocanyon with the geometry of the valley, the geologists surmised that the river existed in this location prior to about 3 million years ago, but at that time, it was not affected by the Himalaya. However, as the Indian and Eurasian plates continued to collide and the mountain range purveyed northward, it began impinging on the river. Suddenly, about 2.5 million years ago, a rapidly uplifting section of the mountain range got in the river’s way, damming it, and the canyon subsequently filled with sediment.

“This is the time when the Namche Barwa massif started to rise, and the gorge developed,” says co-author Dirk Scherler, now at the GFZ German Research Center for Geosciences in Potsdam, Germany.

That picture of the river and the Tibetan Plateau, which involves the river incising deeply into the plateau billions of years ago, differs quite a bit from the typically accepted geologic vision. Typically, geologists believe that when rivers start to incise into a plateau, they eat at the edges, slowly making their way into the plateau over time.

However, the rivers flowing across the Himalaya all have strong knickpoints and have not incised much at all into the Tibetan plateau. Therefore, the thought has been that the rapid uplift of the Himalaya has pushed the rivers back, effectively pinning them, so that they have not been able to make their way into the plateau. But that explanation does not work with the newly discovered paleocanyon.

The team’s new hypothesis also rules out a model that has been around for about 15 years, called tectonic aneurysm, which suggests that the rapid uplift seen at the Namche Barwa massif was triggered by intense river incision. In tectonic aneurysm, a river cuts down through the earth’s crust so fast that it causes the crust to heat up, making a nearby mountain range weaker and facilitating uplift.

The model is popular among geologists, and indeed, Avouac himself published a modelling paper in 1996 that showed the viability of the mechanism. “But now we have discovered that the river was able to cut into the plateau way before the uplift happened,” Avouac says, “and this shows that the tectonic aneurysm model was actually not at work here. The rapid uplift is not a response to river incision.”

The work was supported by the National Natural Science Foundation of China, the State Key Laboratory for Earthquake Dynamics, and the Alexander von Humboldt Foundation.