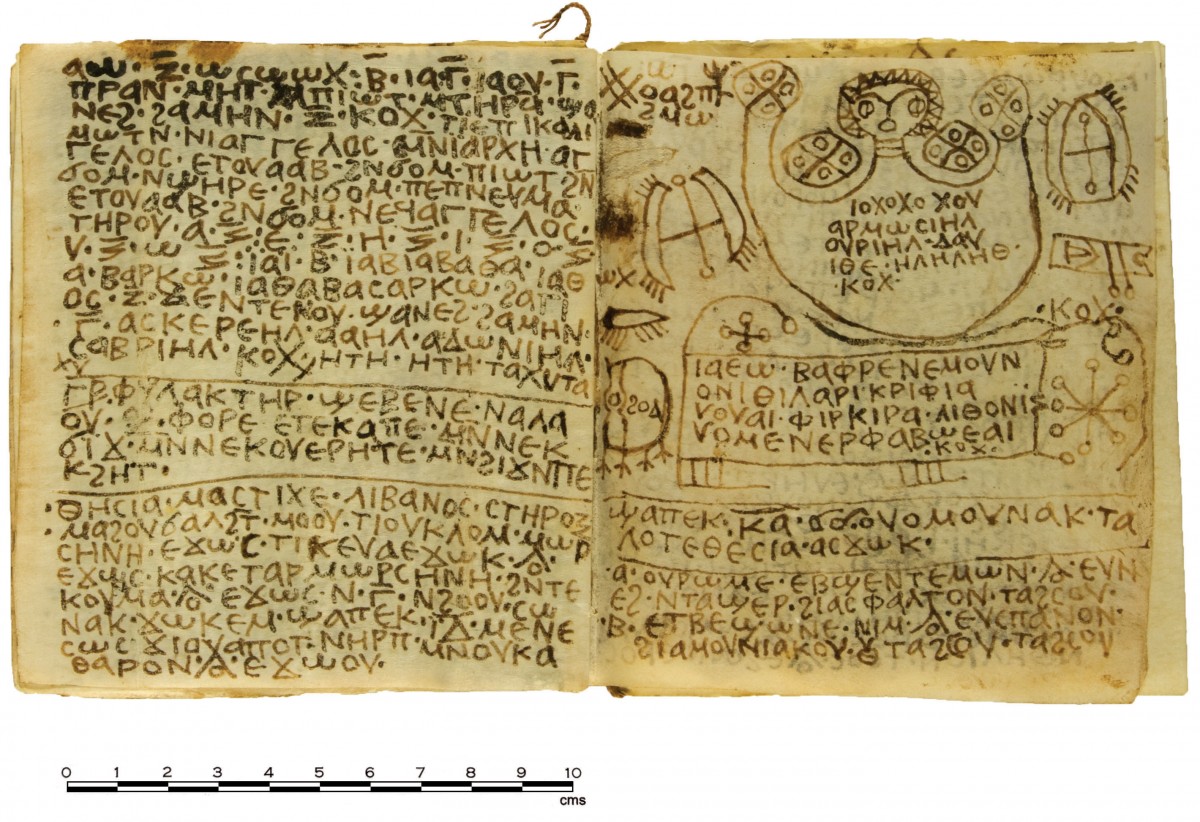 By scientists at Macquarie University in Australia

An ancient Egyptian handbook including magic spells and invocations has been deciphered by Australian scientists.

The 1300 year-old spell book is a parchment codex including spells on love matters, exorcising evil spirits and treating infections. It is written in Coptic and scientists believe that it was used by ritual practitioners.

Although the handbook has been in the Macquarie University of Australia collection for more than three decades, its origin is not known. The University acquired it in late 1982 from an antiquities dealer in Vienna, but where he got the codex from is not known. According to researchers the style of writing and the dialect used suggest the origin of the book is in Upper Egypt.

The codex is thought to date to the 7th or 8th century, since it contains mixed Christian and Sethian invocations. According to historical records, church leaders regarded Sethians as heretics, and by the 7th century they were either extinct or dying out. The fact that the codex contains a mixture of invocations suggests that it may be a transitional document.

Malcolm Choat and Iain Gardner, professors at Macquarie University and the University of Sydney respectively, published a book on the deciphering of the codex (A Coptic Handbook of Ritual Power, Brepols, 2014).