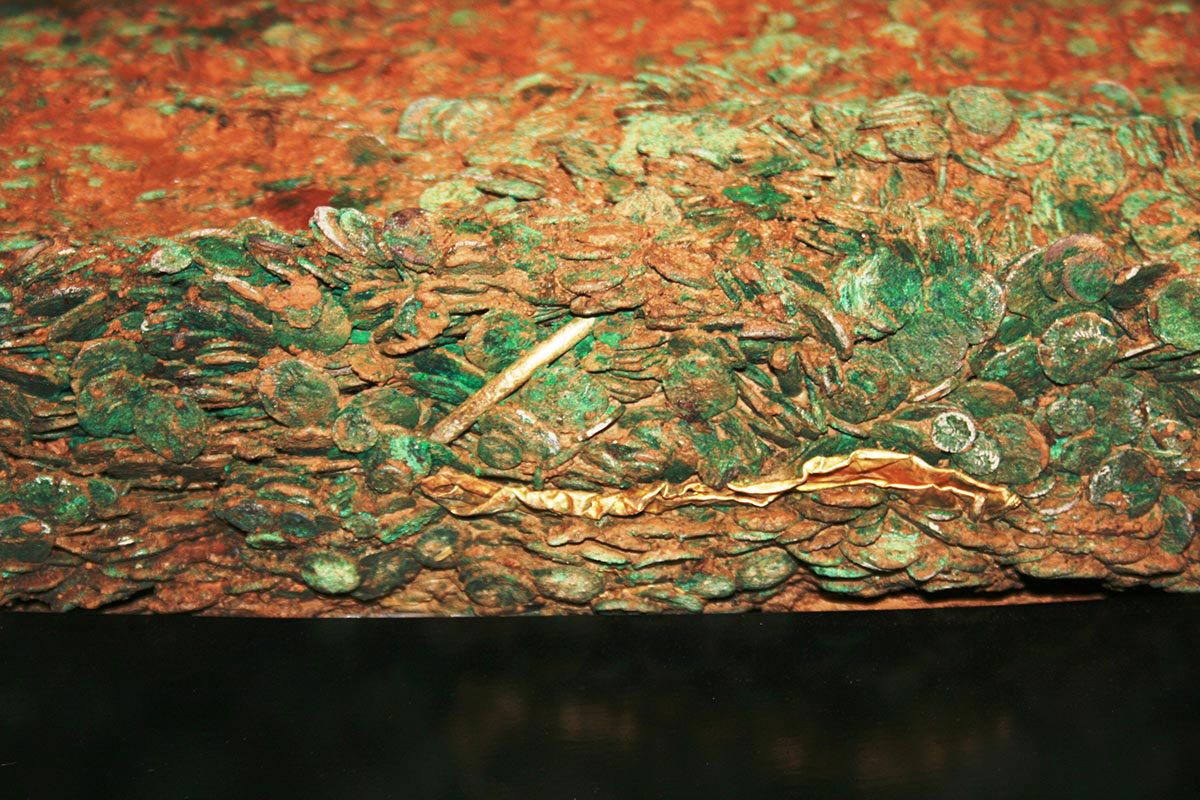 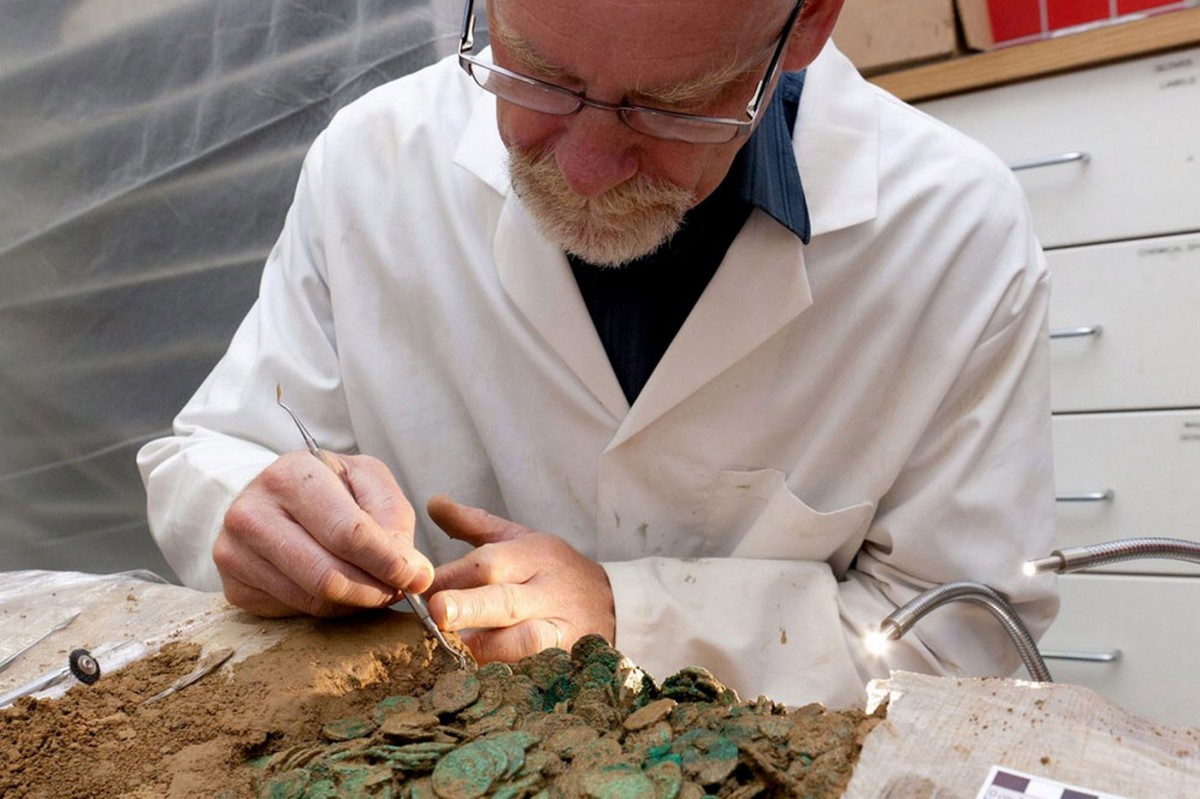 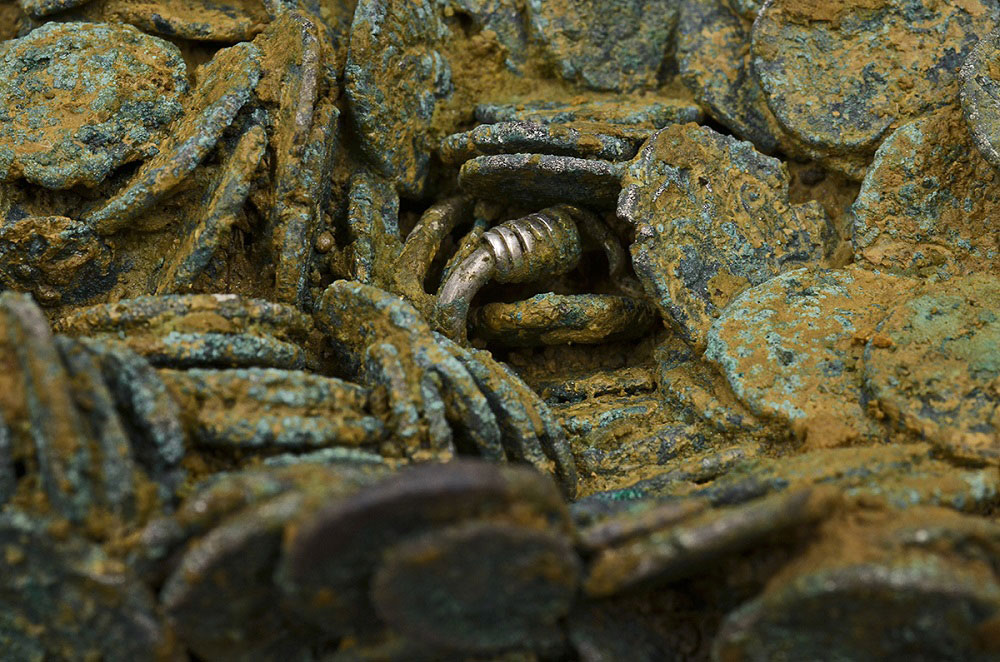 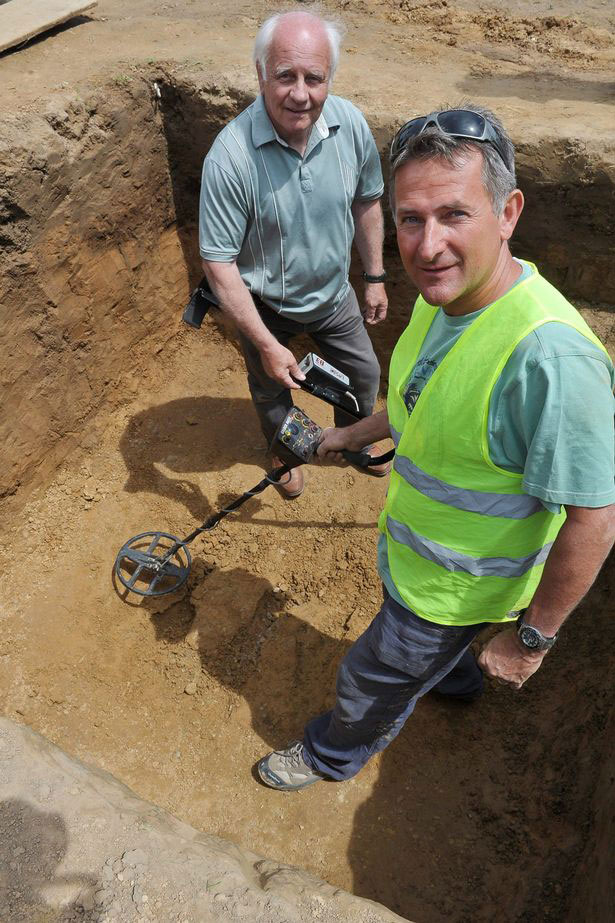 As experts were performing conservation works on the world’s largest Celtic hoard of coins, comprising of about 70.000 coins and discovered by two amateur metal detector enthusiasts, Reg Mead and Richard Miles in 2012, they came across a gold necklace. The gold torque, as it is called, was partially exposed when researchers started removing coins from around it.

Neil Mahrer and his team have been working on Le Catillon II hoard and have already cleared nearly 4.000 coins. Two archaeology graduates from Jersey, part of the team, have already discovered a gold coin, which is thought to date from 70 BC and derive from the Baiocasses, a tribe from Normandy. That particular tribe is believed to have minted gold with silver coins.

Mr Mahrer said that it was surprising finding an entire piece instead of just fragments which would have been the usual practice. Besides, according to Julia Farley, curator of European Iron Age collections at the British Museum, men and women in mainland Europe would be buried wearing their jewellery.

She added that jewellery was rare, particularly the gold ones, and that those deriving from Britain are fairly few, under 50 or so; she also said that Gold objects in Britain from the time of the Jersey hoard were made from recycled continental gold.

According to Mr Mahrer, the gold torque in the Jersey hoard was a significant find, since it could potentially offer researchers an insight on the wealth of the tribe as well as where they came from.