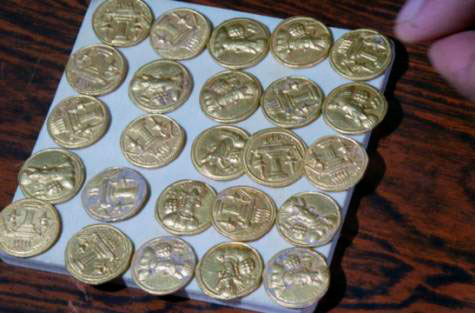 Gold coins of the Sassanid era found in Iraq

They were discovered in the town of Aziziyah

Iraqi archaeologists have found 66 gold coins dating back to the Sassanid era (225 BC-640 AD). The coins were discovered in the town of Aziziyah, in the Wasit province, 70 km southeast of Baghdad, according to Hassanian Mohammed Ali, director of the provincial antiquities department. The coins depict a king or god, he said.

The coins will be sent for laboratory tests in order to confirm their authenticity.