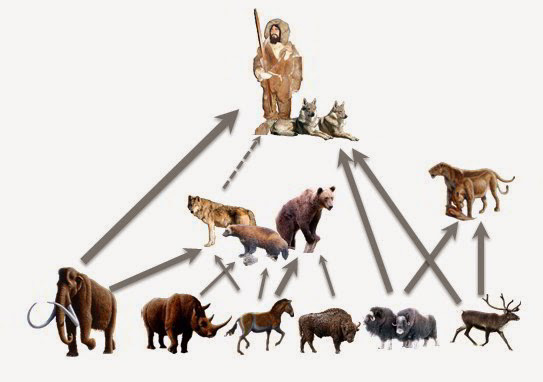 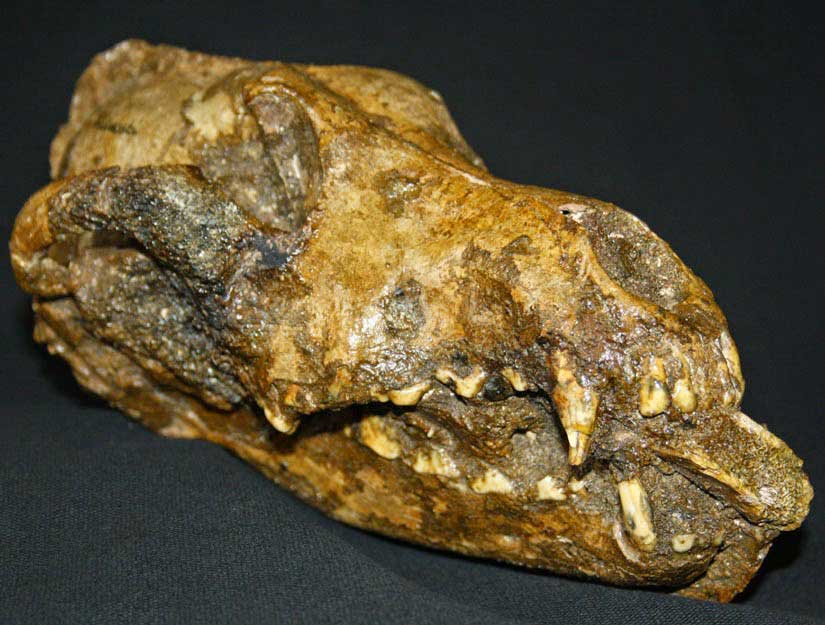 According to Tübingen researchers

Předmostí I is an exceptional prehistoric site located near Brno in the Czech Republic. Around 30,000 years ago it was inhabited by people of the pan-European Gravettian culture, who used the bones of more than 1000 mammoths to build their settlement and to ivory sculptures. Did prehistoric people collect this precious raw material from carcasses – easy to spot on the big cold steppe – or were they the direct result of hunting for food? This year-round settlement also yielded a large number of canids remains, some of them with characteristics of Palaeolithic dogs. Were these animals used to help hunt mammoths?

To answer these two questions, Tübingen researcher Hervé Bocherens and his international team carried out an analysis of carbon and nitrogen stable isotopes in human and animal fossil bones from the site. Working with researchers from Brno and Brussels, the researchers were able to test whether the Gravettian people of Předmostí ate mammoth meat and how the “palaeolithic dogs” fit into this subsistence picture.

They found that humans did consume mammoth – and in large quantities. Other carnivores, such as brown bears, wolves and wolverines, also had access to mammoth meat, indicating the high availability of fresh mammoth carcasses, most likely left behind by human hunters. Surprisingly, the dogs did not show a high level of mammoth consumption, but rather consumed essentially reindeer meat that was not the staple food of their owners. A similar situation is observed in traditional populations from northern regions, who often feed their dogs with the food that they do not like. These results also suggest that these early dogs were restrained, and were probably used as transportation helpers.

These new results provide clear evidence that mammoth was a key component of prehistoric life in Europe 30,000 years ago, and that dogs were already there to help.