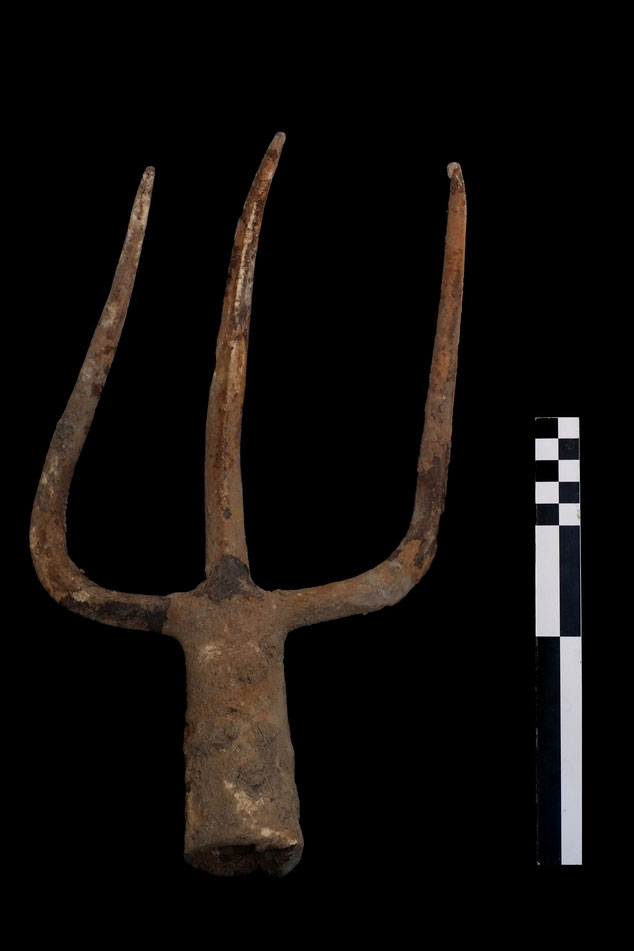 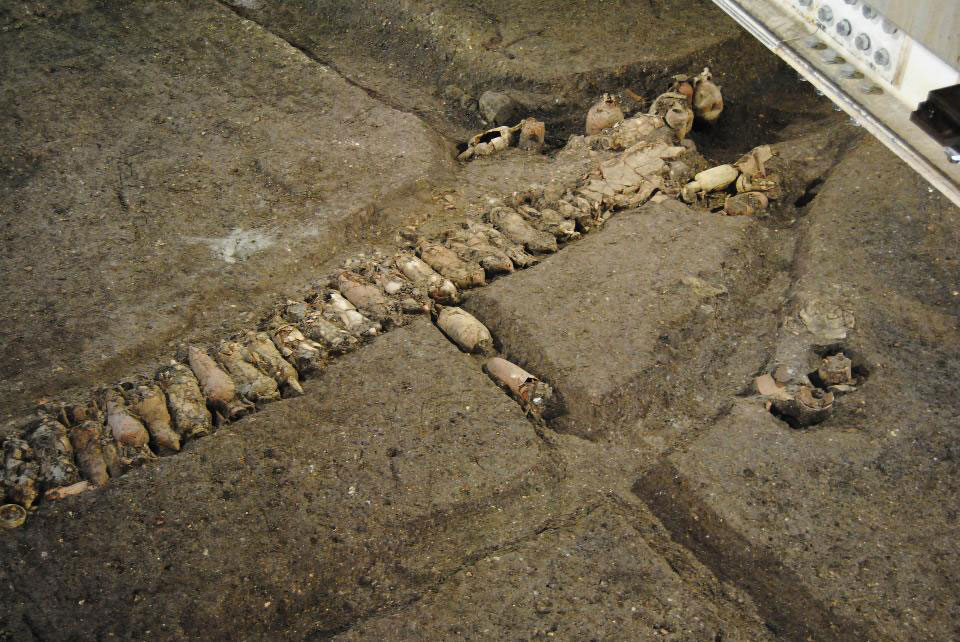 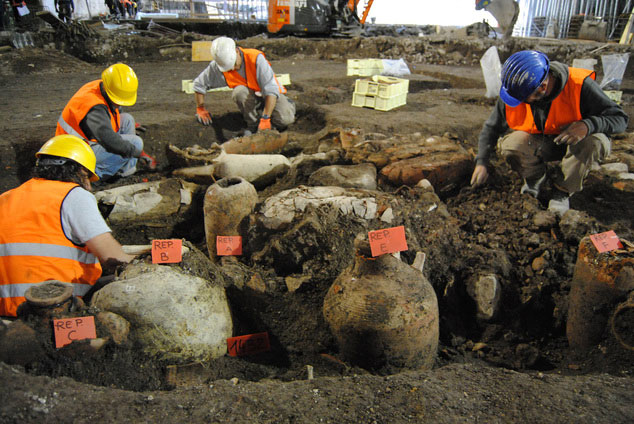 A unique opportunity for archaeologists

Subway construction gave the opportunity to archaeologists to discover an ancient commercial farm in the heart of modern Rome, a place where the possibility to dig that deep is usually not an option. They worked near St John in Lateran Basilica managing to go down as much as 20 meters.

Rossella Rea, an official of the Ministry of Culture and in charge of the operation, told the Associated Press at the American Academy in Rome that a first-century agricultural business was discovered, the closest to Rome’s ancient centre, an irrigation basin (115 ft by 230 ft), and an extensive drainage system near the ancient Aqua Crabra water source.

Among the findings the most outstanding ones include a three-pronged iron pitchfork, storage baskets, leather fragments (probably from a shoe or glove) and traces carved into stone by a waterwheel. Archaeologists also found well-preserved vestiges of willow and other tree roots and stumps, as well as peach pits, an exceptional trace since peaches were still a novelty at the time, first imported from the Middle East.

Another significant fact that was concluded from the findings is that Ancient Romans recycled; amphorae, with their ends cut open, were used for water piping.

Some of the findings at the site date back to the 6th century BC, such as carriage ruts.

Some of the discoveries will be exhibited as part of the St John’s subway station so the public can see them, while some artefacts will be displayed in Rome museums. Whichever the case, visitors will have to wait a long time for the subway station and Metro C line construction is running years behind schedule.