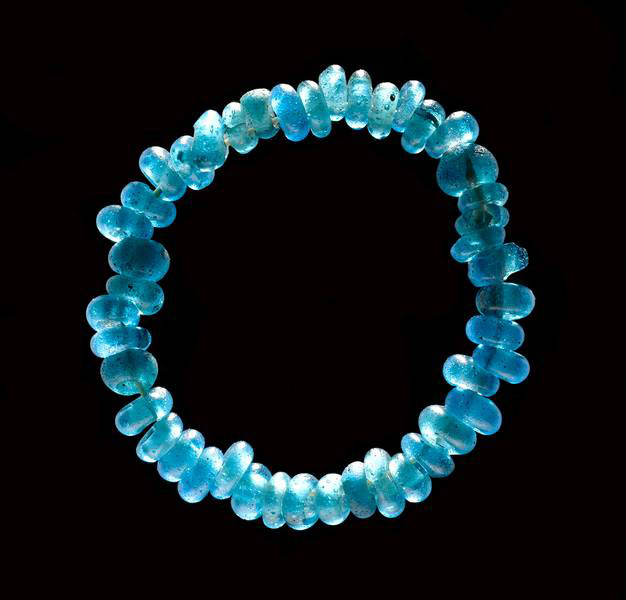 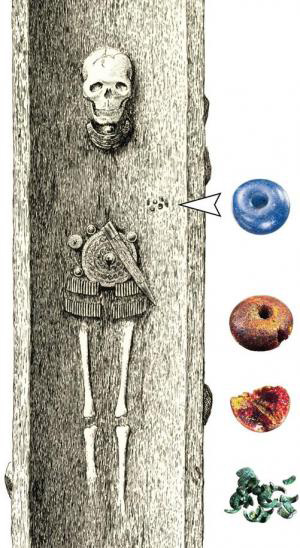 The analyses of glass beads found in Denmark led to sensational discoveries about the trade routes between Denmark and the ancient civilisations in Egypt and Mesopotapia in the Bronze Age 3,400 years ago, as well as the sun cult in the Nordic Bronze Age. The international team was composed of scientists from the Moesgaard Museum in Aarhus, the National Museum of Denmark in Copenhagen, and Institut de Recherche sur les Archéomatériaux (IRAMAT) at Orléans, France.

The twenty-three glass beads were analysed using plasma-spectrometry. This technique allowed a comparison between the chemical composition of trace elements in the beads with reference material from Amarna in Egypt and Nippur in Mesopotamia, about 50 km south east of Baghdad in Iraq. The comparison showed that the chemical composition of the two sets of trace elements match.

As reported in Science Nordic, “the researchers’ first object for comparison was a bead from a wealthy woman’s grave at Ølby, about 40 km south of Copenhagen. The woman had been buried in a more extravagant fashion, lying in a hollowed-out oak trunk and wearing a beautiful belt disc, a smart string skirt with tinkling, shining small bronzes tubes, and an overarm bracelet made of amber beads, and a single blue glass bead”.

The glass bead was proved to be Egyptian. It should be noted that this is the first typical Egyptian cobalt glass example that has been discovered outside the Mediterranean.

The researchers are linking amber and glass together in an unexpected way, substantiating a connection between the amber beads and the glass beads.

Tutankhamun and other Egyptian pharaohs had large amber chains in boxes in their burial chambers. On the other hand, amber was exported in the Bronze Age from Nordic latitudes and southwards.

A property shared by glass and amber is that sunlight penetrates their surface. Also, glass and amber beads have been found together on sites from the Middle East, Turkey, Greece, Italy, and Germany to the Nordic latitudes.

These facts led archaeologists to the assumption that there could possibly be a link between the Egyptian sun cult and the Nordic sun cult.

“When a Danish woman in the Bronze Age took a piece of jewellery made of amber and blue glass with her to the grave, it constituted a prayer to the sun to ensure that she would be re-united with it and share her fate with the sun’s on its eternal journey”. (Nordic Science)

So, the old amber route to the countries in the Mediterranean could have a counterpart: the glass route to the North.

So far, the researchers have proved that there was a trade route connecting Denmark with Egypt and Mesopotamia in the years 1400-1100 BC. Whether the route continued in the later Bronze Age is a question to be answered in the future by the Danish-French research team.

The study was recently published in SKALK.