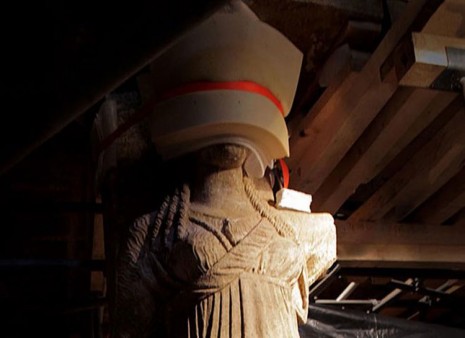 The recently issued circular by the Cultural Ministry caused a furore

The circular recently issued by the Hellenic Ministry of Culture and Sports entitled “Information regarding the proper management of material channelling to the Press,” has rightly caused a furore. The text was sent to the directorates of Antiquities, Byzantine Monuments, Conservation of Modern Monuments, Intangible Cultural Heritage etc., and to all state museums.

According to the circular “The dissemination of archaeological material to the international, national or local media, or the Internet requires the prior notification of the General Directorate of Antiquities and Cultural Heritage of the Ministry of Culture and Sports, with regard to the request and the institution submitting it, in order that the relevant approval is granted or not. Furthermore, the above mentioned material should not under any circumstances be shared in the social media (facebook, twitter, blogs etc.)”.

In case information material is to be broadcasted in the media (radio or TV shows etc.), “it should also be previously submitted to the General Directorate of Antiquities and Cultural Heritage, in order that a common procedure of addressing the subject is ensured, thus contributing to the appropriate visibility of the country’s cultural heritage and its proper enhancement”.

As for the support and promotion of the scientific work of the services attached to the General Directorate of Antiquities and Cultural Heritage in their websites, the uploading of the specific material must be achieved through appropriate posts and not in the form of Press Releases, and in any case after notification and authorisation by the competent directorates of the Central Service, depending on their content.”

“They must be joking”

The Association of Greek Archaeologists’ response to this circular was immediate. The Press Release the Association  issued on its website is entitled “They must be joking”, and reads:

“How else should we interpret the new circular sent to all the services of the General Directorate of Antiquities and Cultural Heritage (…) The phrasing of this circular, which isn’t grounded on any law whatsoever, makes us wonder if in the age of digital technology and infinite possibilities provided by the modern media for presenting and communicating the archaeological work, the General Directorate of Antiquities and the political leadership are trying not only to check and approve but in reality to censor anything published by the local services.

“Moreover, the demand of control and approval from the directorates of the Central Service also applies to the presentation of their scientific work, for which they have an established copyright according to the law N. 3028/2002 “For the protection of Antiquities and the Cultural Heritage in general”.

Recently, the Association of Greek Archaeologists points out, when the new Organisation of the Ministry of Culture and Sports has been applied, the departments of communication and presentation of the Ephorates of Antiquities and the Greek Museums have been shut down, while a Special Service of Projecting and Promoting the Cultural Heritage and Modern Creation has been established, which is under the direct authority of the Minister.

Also, according to the Press Release of the Association, “We have all witnessed the unprecedented for Greek archaeology communication management of the Amphipolis excavation by the political leadership itself. A communicative exploitation of a significant archaeological find, shaped by ignorant extra-institutional actors, marked by the boundless and mindless flowing of information, which were reproduced in all kinds of media, beyond any kind of professional ethics and without any serious scientific or communicative criteria, serving ends which had nothing to do with the science of archaeology and the presentation of the country’s cultural heritage”.