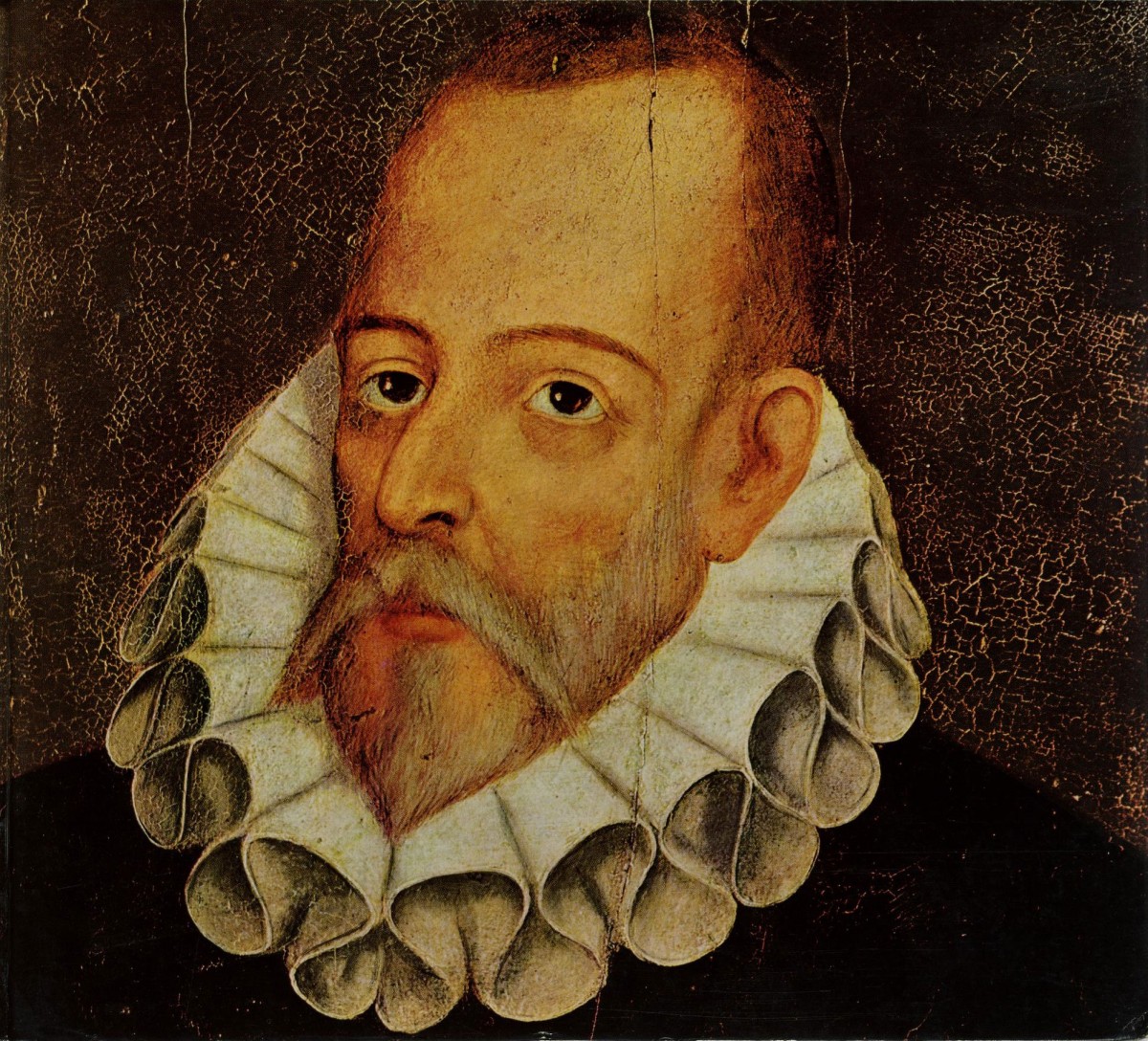 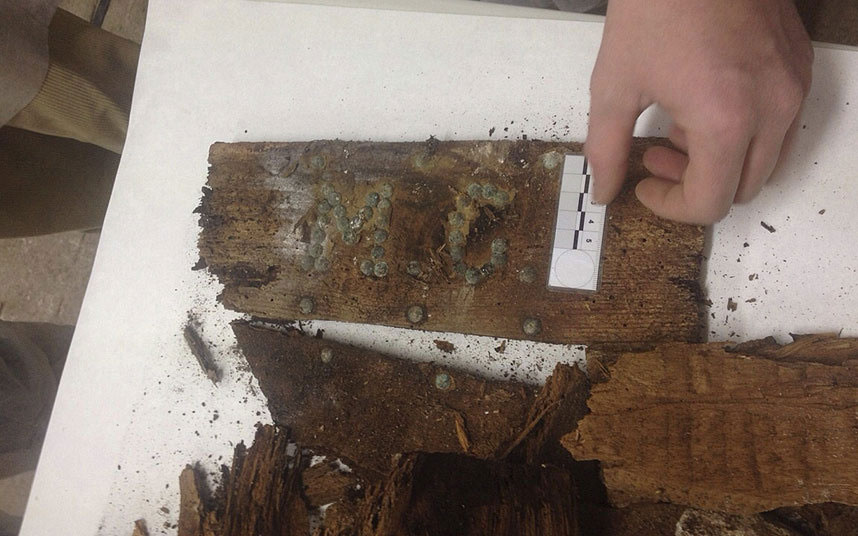 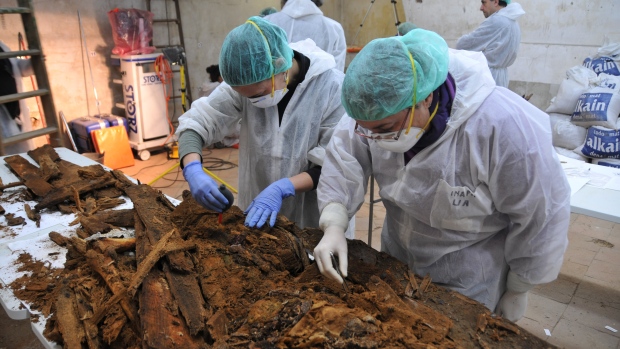 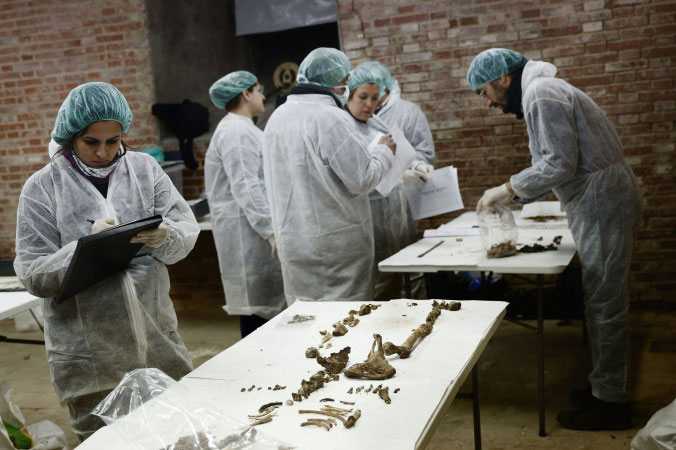 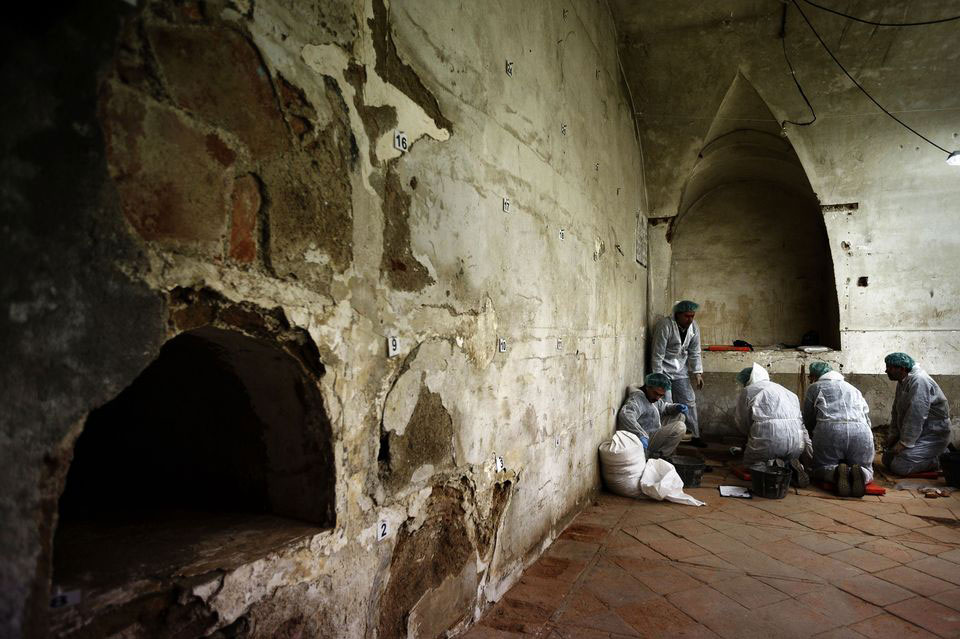 Part of a coffin bearing the initials of Miguel de Cervantes was recovered by a team of researchers  at a Madrid convent this weekend. The find was inside an alcove in the crypt at the Convent of the Barefoot Trinitarians.

The team, with forensic anthropologist Francisco Etxeberria leading the research, had been looking for the remains of the Spanish writer at the convent, since, according to information retrieved from sources, he was buried at the convent’s chapel a day after his death, on 22 April, 1616.

With the use of infrared cameras, 3D scanners and ground-penetrating radar, they identified 33 alcoves. In one of the alcoves they found remains of caskets, wood, and bone fragments. Acording to Exeberria at least 10 people were buried at the spot, including children. On a board of one of the caskets, the initials ‘M.C.’ were formed in metal tacks. The research started nine months ago, but only last weekend were they able to reach the material they had been probing.

The initials were a very interesting discovery, but researchers have to examine the bones and see if Cervantes’ are among them. The famous writer of the Spanish Golden Era had been shot twice in the chest and once in his left hand during the Battle of Lepanto in 1571. It is also known that at the time of his death he had only six teeth left, therefore experts will have to rely on evidence of these injuries and dental remains to determine whether Cervantes was actually buried there.

The author of Don Quixote was 69 years old when he died.