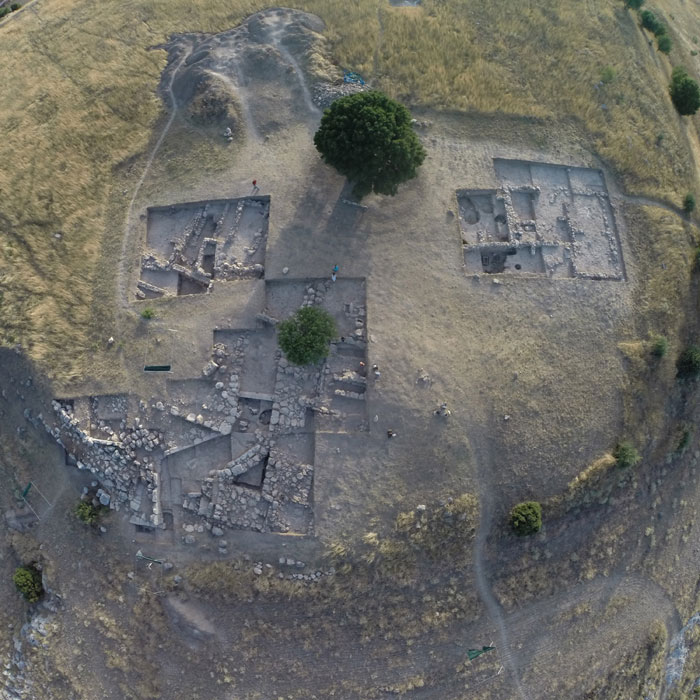 The Mycenaean Age and its endurance at ancient Eleon in Boeotia

The on-going excavations of Eleon are enriching our understanding of central Greece throughout the Mycenaean Age. Located between Thebes and its harbor at Aulis at the Euboean Gulf, the site has been identified with the secondary center listed in the Theban administrative tablets as e-re-o-ni, which is mentioned twice in the Iliad. The archaeological site located adjacent to the village of Arma has been under investigation through the Greek-Canadian synergasia since 2007, through partnership with Vassilis Aravantinos and then Alexandra Charami of the Ephorate of Antiquities of Boeotia.

Brendan Burke (University of Victoria) and Bryan Burns (Wellesley College) will address the topic “The Mycenaean Age and its endurance at ancient Eleon in Boeotia” on February 20, 2015 (7.00 p.m.) at the Swedish Institute at Athens (Mitseon 9, Athens), in the context of the Aegean Lectures, organized by Aegeus – Society for Aegean Prehistory in collaboration with the Swedish Institute at Athens.

The Mycenaean occupation uncovered thus far in two distinct areas of the site features architectural units with large rooms and tiled roofs. Substantial stone walls are reused in several architectural phases with associated deposits dated to LH IIIB2, IIIC early and IIIC middle periods. Without the major disruption recorded at many other Mycenaean sites, the population of Eleon continued to be active in agricultural, pastoral, and industrial activities suggested by grinding stones, storage vessels, and textile tools. A stone jewelry mold suggests access to imported resources (glass and precious metals) during the IIIB period. A destruction deposit of the IIIC early period preserves a number of bronze blades and vessels. The broad array of ceramic fine wares and figurines suggests a concentration of ceremonial and ritual practices in the IIIC middle period.

We have evidence for early Mycenaean constructions at Eleon but their exact function awaits further excavation. The early remains are framed within an elaborate well-built Mycenaean bastion showing several phases of building toward the end of the Late Bronze Age. These constructions form a massive entrance system, which perhaps inspired the builders who returned to the site of Eleon after a hiatus of nearly 500 years. The prominent polygonal wall built in the late sixth century BCE also makes use of earlier remains, structurally and ideologically. A test trench along the exterior face of the polygonal wall revealed important evidence to associate construction of the wall with the late Archaic period. This coincides with a large deposit of votive pottery and figurines of the sixth through fifth centuries, as well as drinking vessels. Given the proximity and conscious preservation of earlier remains, we suggest that cult activity and memorialization of the past were of key importance to the people at Eleon throughout its history.