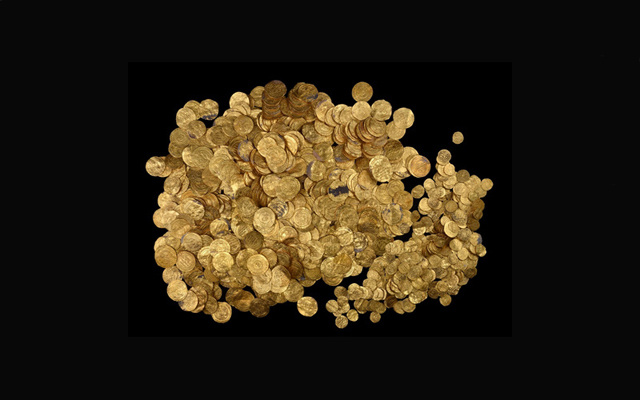 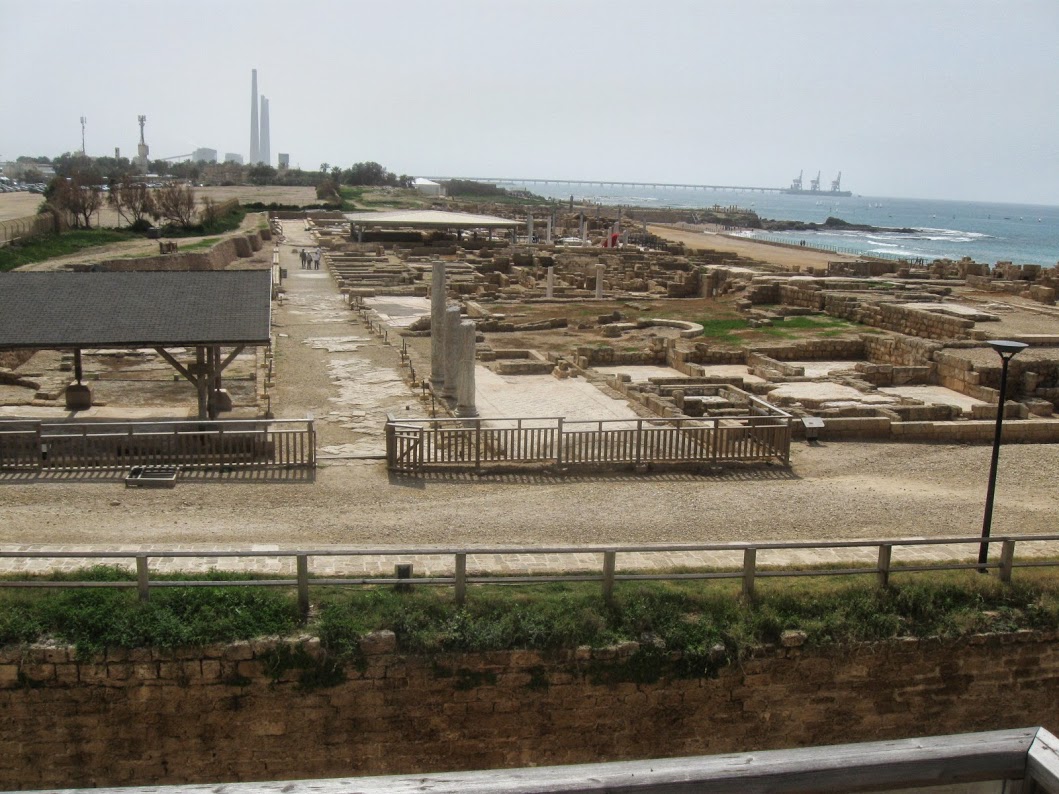 The hoard was located on the seabed of the ancient harbor

The largest treasure of gold coins ever discovered in Israel was found in recent weeks on the seabed in the ancient harbor of the Caesarea National Park.

The treasure was located by a group of divers, who reported the discovery to the Marine Archaeology Unit of the Israel Antiquities Authority. Then divers of the Israel Antiquities Authority went together with the group of divers out to where the coins were found and using a metal detector discovered almost 2,000 gold coins in different denominations: a dinar, half dinar and quarter dinar, of various dimensions and weight.

According to Kobi Sharvit, director of the Marine Archaeology Unit of the Israel Antiquities Authority: “The discovery of such a large hoard of coins that had such tremendous economic power in antiquity raises several possibilities regarding its presence on the seabed. There is probably a shipwreck there of an official treasury boat which was on its way to the central government in Egypt with taxes that had been collected. Perhaps the treasure of coins was meant to pay the salaries of the Fatimid military garrison which was stationed in Caesarea and protected the city. Another theory is that the treasure was money belonging to a large merchant ship that traded with the coastal cities and the port on the Mediterranean Sea and sank there.”

According to Robert Cole, an expert numismatist with the Israel Antiquities Authority, “The coins are in an excellent state of preservation, and despite the fact they were at the bottom of the sea for about a thousand years, they did not require any cleaning or conservation intervention from the metallurgical laboratory. This is because gold is a noble metal and is not affected by air or water. The coins that were exposed also remained in the monetary circulation after the Crusader conquest, particularly in the port cities through which international commerce was conducted. Several of the coins that were found in the assemblage were bent and exhibit teeth and bite marks, evidence they were ‘physically’ inspected by their owners or the merchants. Other coins bear signs of wear and abrasion from use while others seem as though they were just minted.”

Kobi Sharvit commented on the divers’ action by saying they were “model citizens. (…)  The Law of Antiquities states that all antiquities belong to the state and that not reporting or removing antiquities from their location, or selling or trading them is an offense punishable by up to five years imprisonment. In this case the divers reported the find; but in many instances divers take the objects home and that way extremely important archaeological information is lost forever, which cannot be recovered. Therefore the discovery of the treasure underscores the need to combine the development of the place as a tourism and diving site with restrictions that will allow the public to dive there only when accompanied by inspectors or instructors from the diving club.”

The earliest coin of the hoard is a quarter dinar minted in Palermo (Sicily) in the second half of the 9th century CE. Most of the coins belong to the Fatimid caliphs Al-Ḥākim (996-1021 CE) and his son Al-Ẓāhir (1021-1036), and were minted in Egypt and North Africa. The coin assemblage included no coins from the Eastern Islamic dynasties and it can therefore be stated with certainty this is a Fatimid treasure.

The great value and significance of the treasure become apparent when viewed in light of the historical sources. For example, the description of the traveler and geographer Ibn Jubayr who writes that the Muslim residents of the settlements were required to pay the Fatimid government half their agricultural produce at harvest time, in addition to payment of a head tax of one dinar and five carats (twenty-four carats equal one dinar, hence the method used to measure gold according to carats).

Descriptions in the Cairo Geniza from the 11th and 12th century CE tell, among other things, of the redemption of prisoners, including Jewish captives from Ashkelon that were transferred to Egypt. According to the documents, the Jewish community paid a sum of about five hundred gold dinars to redeem and return them to Israel.