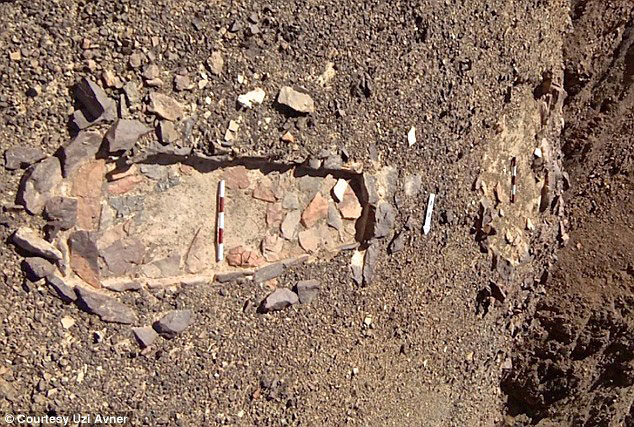 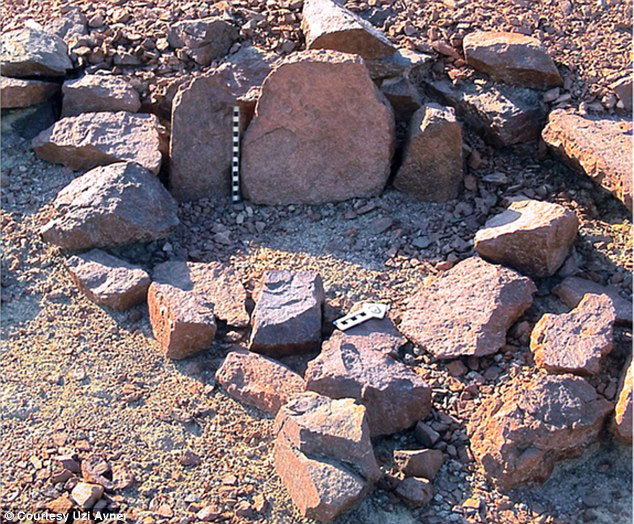 Archaeologists believe that hundreds of others await discovery

Archaeologists discovered prehistoric ‘cult sites’ in the Eilat Mountains, in the Negev Desert, Israel. The approximately 100 sites date back about 8,000 years and they included phalic structures as well as a variety of vulva shaped stones and artefacts. Among their findings were stone circles, measuring 1.5 to 2.5 meters across with penis-shaped installations pointing toward them. Other findings there include standing stones that reach up to 2.6 feet (80 centimeters) high, stone bowls and stone carvings that have a humanlike shape.

According to Uzi Avner, from the Arava-Dead Sea Science Center and the Arava Institute, leader of the researching team,’the circle is a female symbol, and the elongated cell is a male one,’ Avner added that ‘a preliminary interpretation suggests two symbolic aspects. One is fertility, represented by the stones with elongated perforation (vulva-shape) and by the very combination of the elongated cell and the circle.’ The other is death, which ‘is signified by the burial of stone objects and by setting them upside down,’ as the team members wrote in their paper. Bones at the sites suggest that animals were buried there, perhaps suggesting that sacrifices had taken place.

These sites are often clustered together, and in one area the team discovered 44 cult sites in a spot encompassing only 0.8 square kilometers. The density of the cult sites in the region is considered phenomenal by scientists examining various scientific aspects, leading them to believe that hundreds of other sites may exist in the region.

The cult sites tended to be built in relatively flat sections of the mountains. ‘Their position on topographic ‘shoulders’ or comparatively flat locations probably enabled several dozens of people to gather around them, for example, an extended family,’ the archaeologists wrote.
The sites are still visible today, thousands of years after being used, which indicates that they were frequently visited during a significant period of time and by many people.