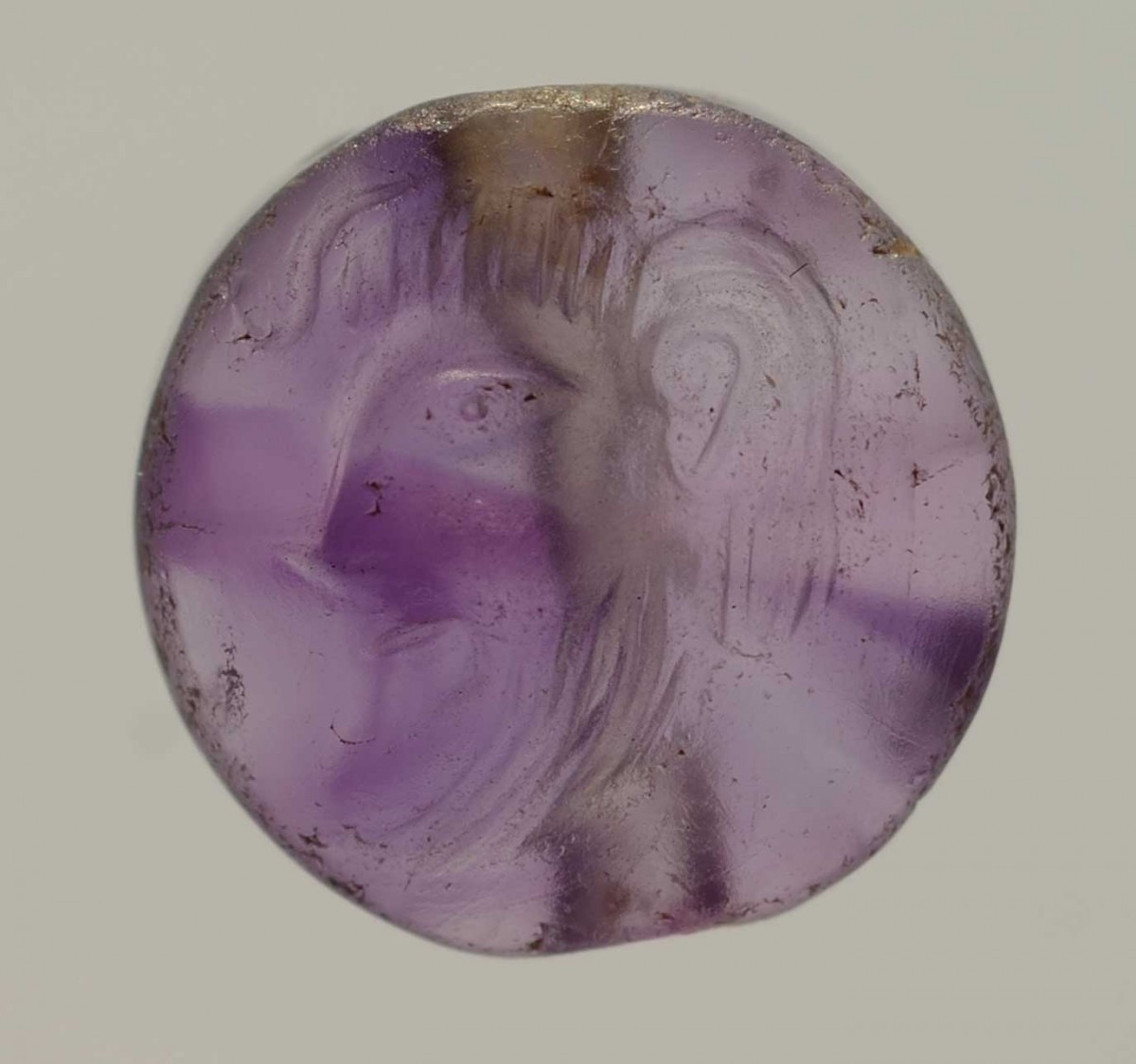 The Prince and the Artist: Bronze Age Greece through a minuscule masterpiece

The following text is based on a presentation by NAM archaeologist of the Prehistoric, Egyptian, Cypriot and Eastern Antiquities’ Collections, Katerina Kostanti. The presented artefact is a seal stone made of amethyst featuring a male figure. The artefact was found in Grave C of the Grave Circle B of Mycenae (Mycenaean Antiquities exhibition, Room 4, display case M16, NAM 8708).

Depictions and portraits of Mycenaeans at the National Archaeological Museum

On this minuscule amethyst disc-shaped seal (measuring 9mm in diameter), a gifted and experienced Minoan craftsman has depicted a lively, exquisitely detailed and unprecedentedly artistic representation of a male head in profile. The man has a beard, fluffy hair with a characteristic lock over the forehead and his mouth is open. A transparent hole permitted the object’s use as a neck or arm pendant.

The object was found alongside precious weapons, pots and a funerary mask made of electrum (a gold and silver alloy) within the burial of a 30-35 year-old man from the first generation of the Mycenaean Lords. Although it is impossible to talk about “prosopography” in the sense of depicting the characteristics of a specific person, the human head in profile is so rare as a theme that the making of this seal would have been commissioned.