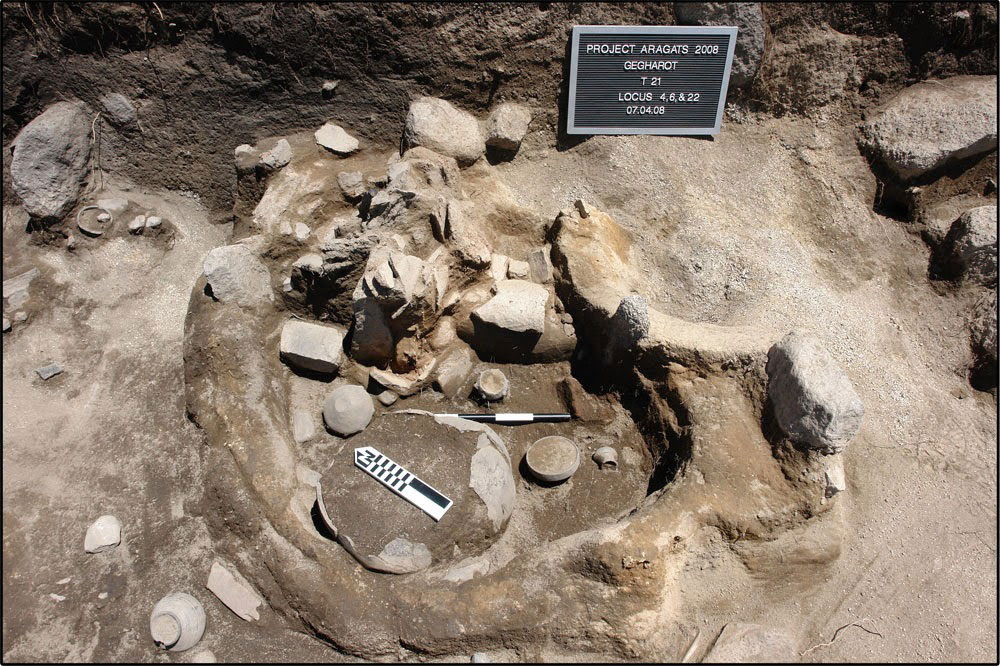 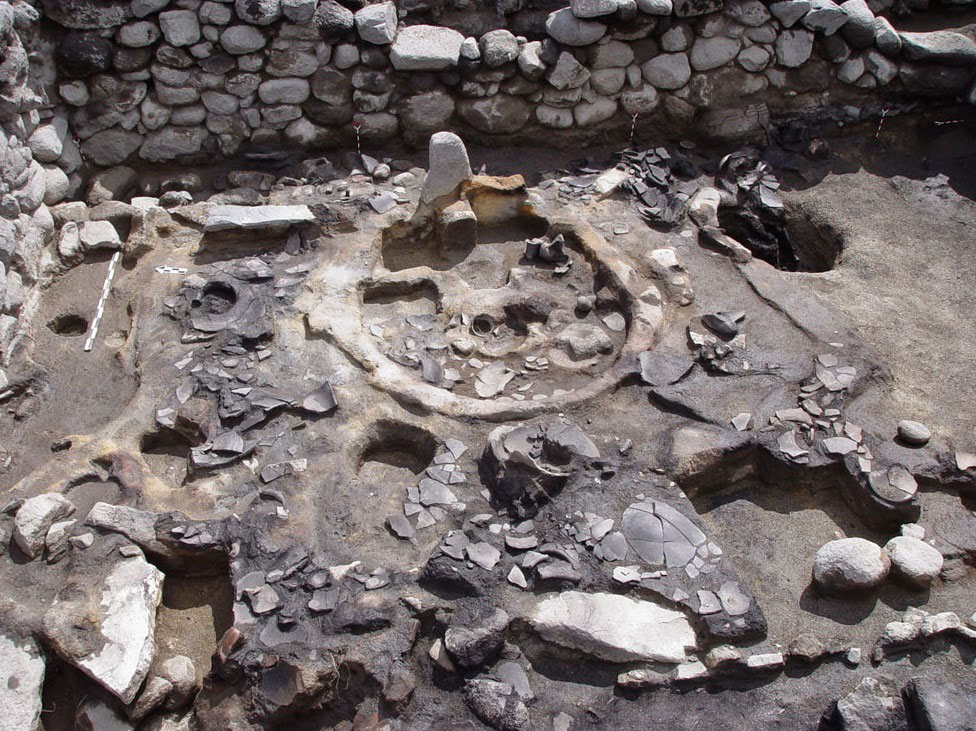 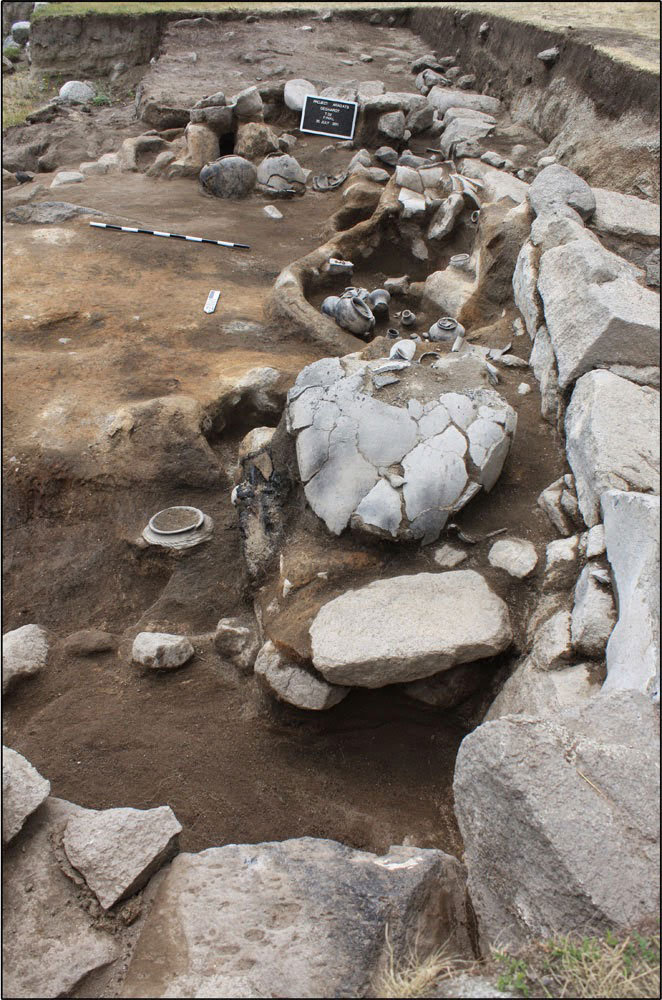 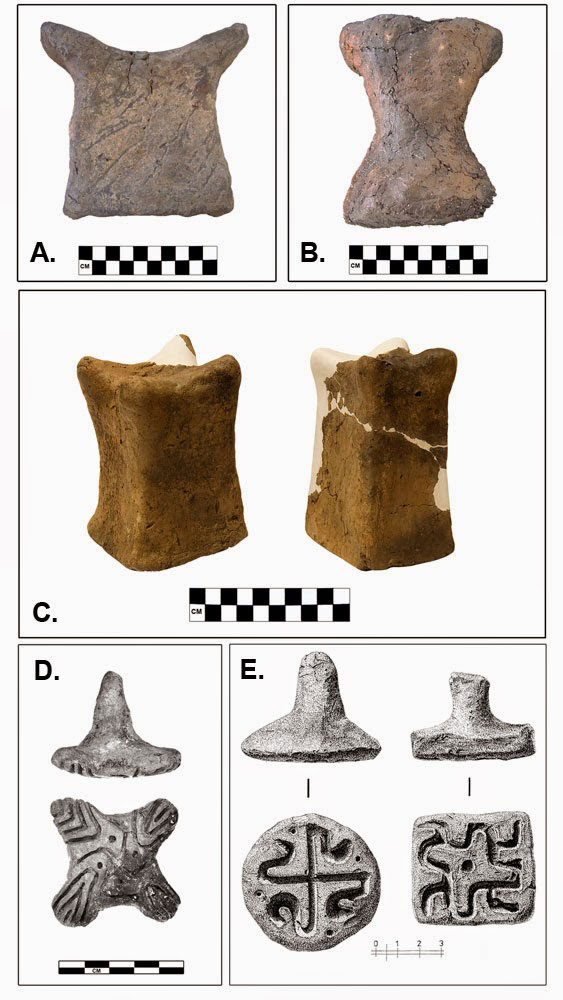 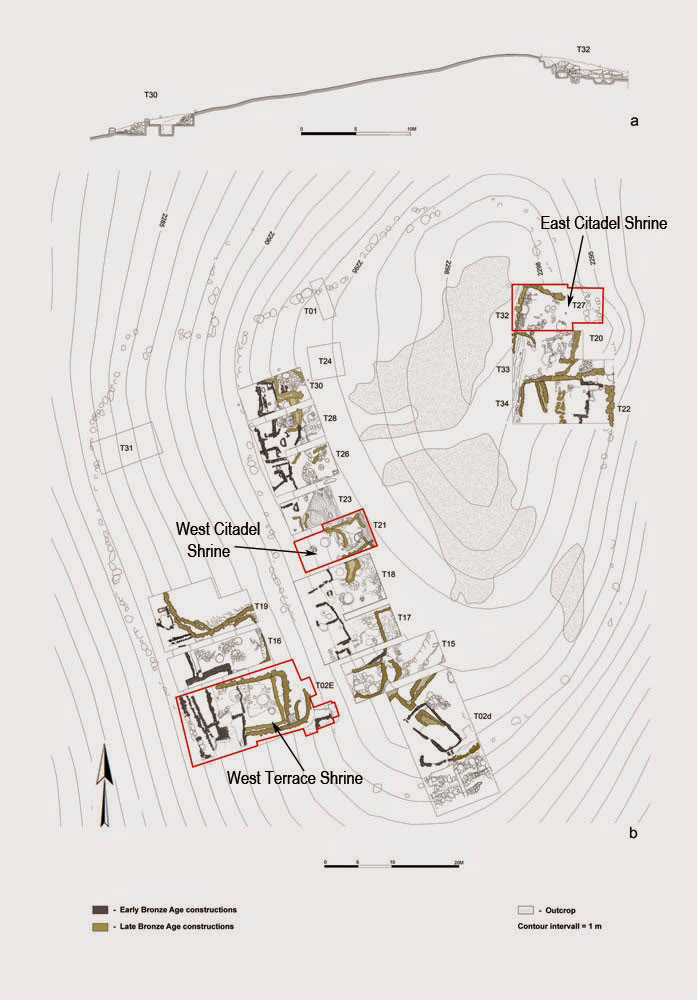 Aiming to predict the future

Archaeologists have discovered three divination shrines, about 3,300 years old, within a hilltop fortress at Gegharot, Armenia.

In an article recently published in the American Journal of Archaeology, Adam Smith, professor at Cornell University, and Jeffrey Leon, a graduate student there, describe the divination practice the shrines were used for. Each of the three shrines consists of a single room holding a clay basin filled with ash and ceramic vessels. In the area specialists also discovered a wide variety of artefacts, including clay idols with horns, stamp seals, censers used to burn substances and a vast amount of animal bones with markings on them. The three shrines were found close together at Gegharot. Workshops where metal, bone and stone tools were constructed were also found at the site, as well as storage areas.

The three shrines probably belonged to a polity in the area, but  since writing had not yet spread to this part of Armenia at the time, the name of the polity, and its rulers, are unknown.

Smith and Leon found evidence for three forms of divination at Gegharot, osteomancy, lithomancy, and aleuromancy. Osteomancy included rituals involving animal bones, in this case the knucklebones of cows, sheep and goat.

Lithomancy included the use of stone. Inside a basin at one shrine, archaeologists found 18 small pebbles, although it is not known how exactly they were used.

At one shrine, on the fortress’ east citadel, the archaeologists found an installation used to grind flour. Smith and Leon think that this flour could have been used to predict the future through aleuromancy.