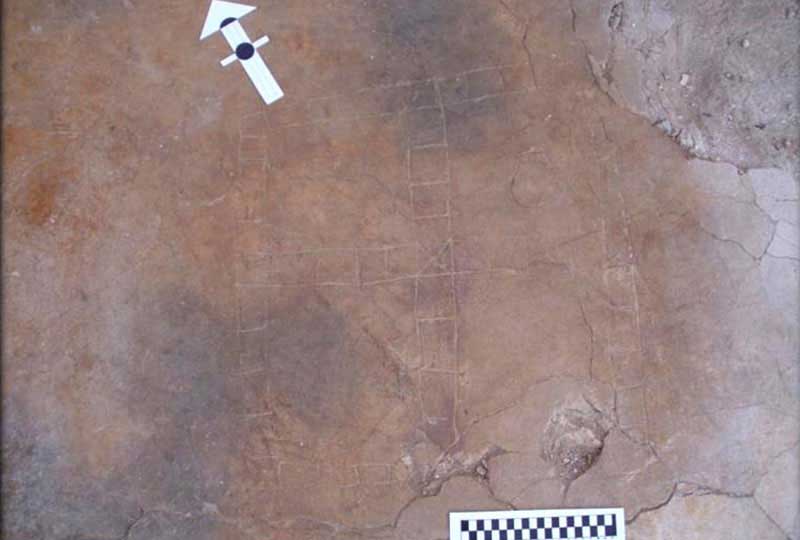 Archaeologists carrying out restoration at a site in the southeastern state of Campeche discovered a Mayan game board dating from more than 1,000 years ago, Mexico’s National Institute of Anthropology and History said.

A member of the team that found the artifact, Heber Ojeda, estimates the board was used between the 7th and 10th centuries during the Late Classic period of Dzibilnocac.

“It is an esgraffito scoreboard of approximately 50 cm on each side, which was discovered on the floor of the second highest space” in the building denoted A1, the archaeologist said.

Etched into the surface of the board are 58 rectangles of varying sizes and players would have used beans as game tokens, Ojeda said.

One of his colleagues, Judith Gallegos Gomora, said the board was designed for patolli, a game of chance described in Mayan codices and colonial Spanish chronicles.

She added, however, that the board bears a resemblance to the Maya quincunx, a schematic representation of the universe, and would likely also have been used for divination.