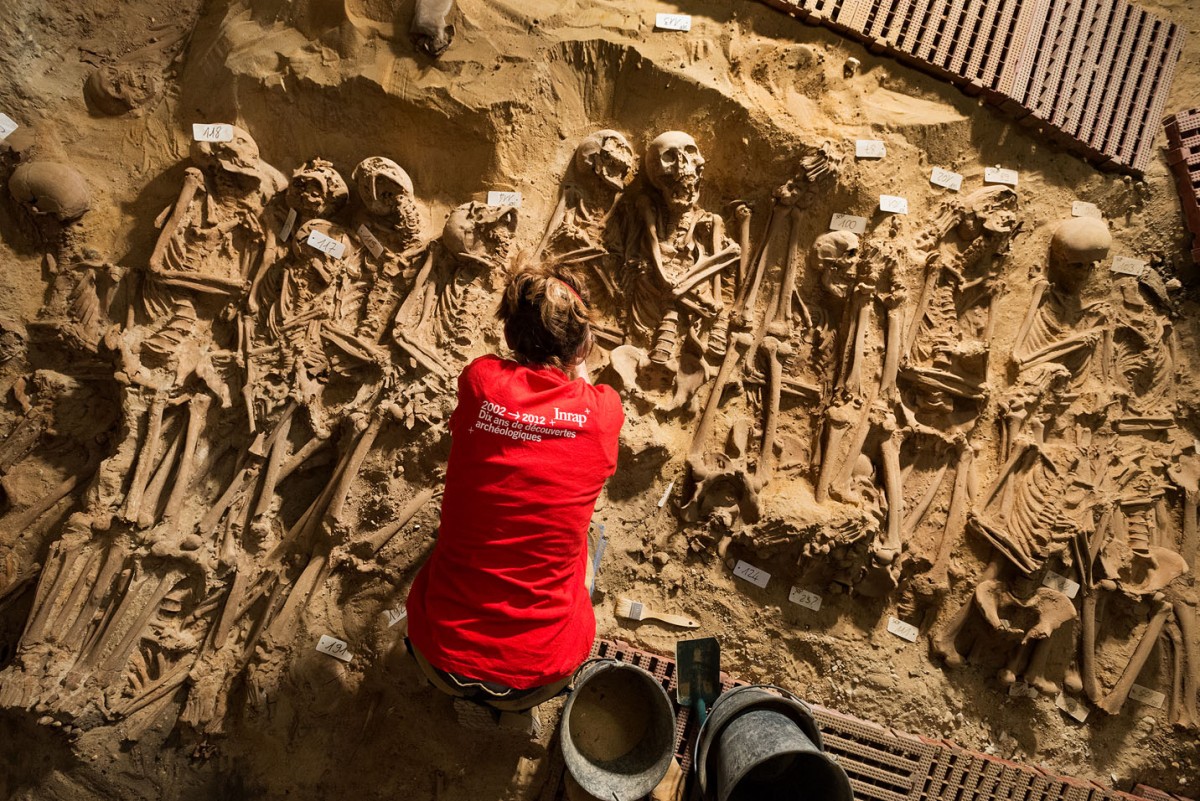 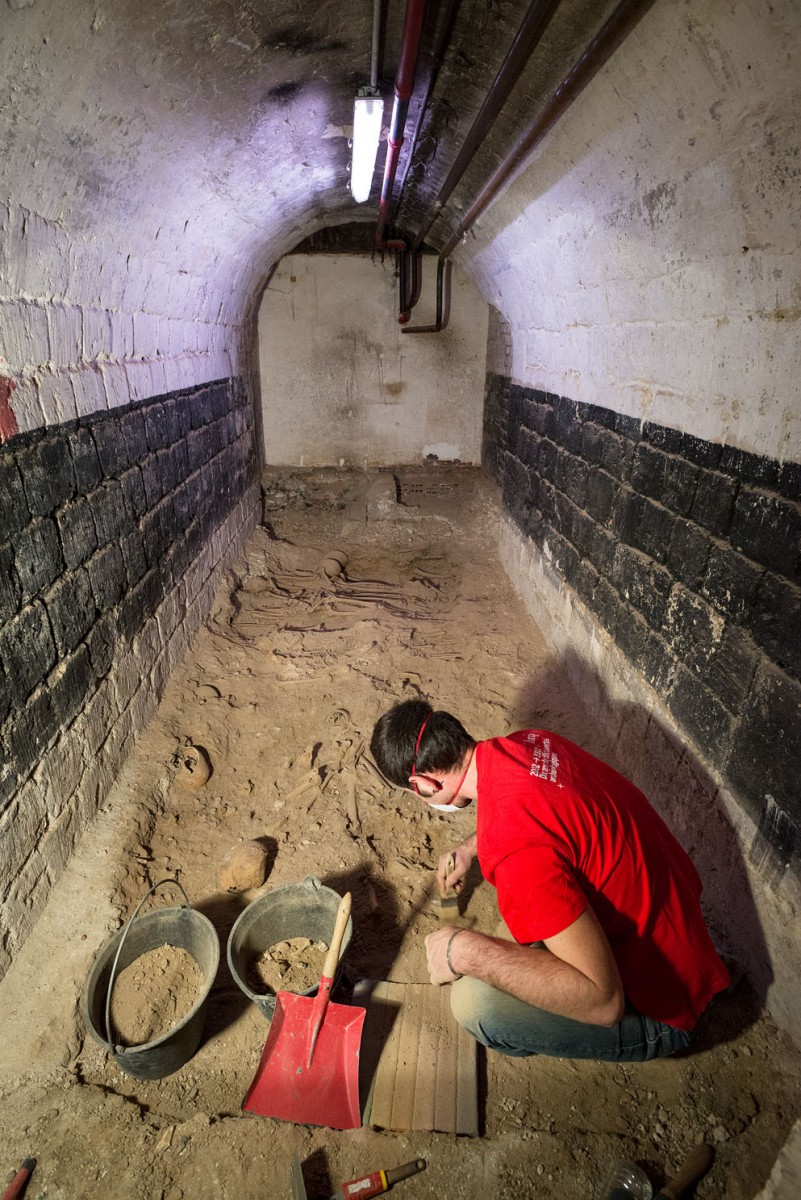 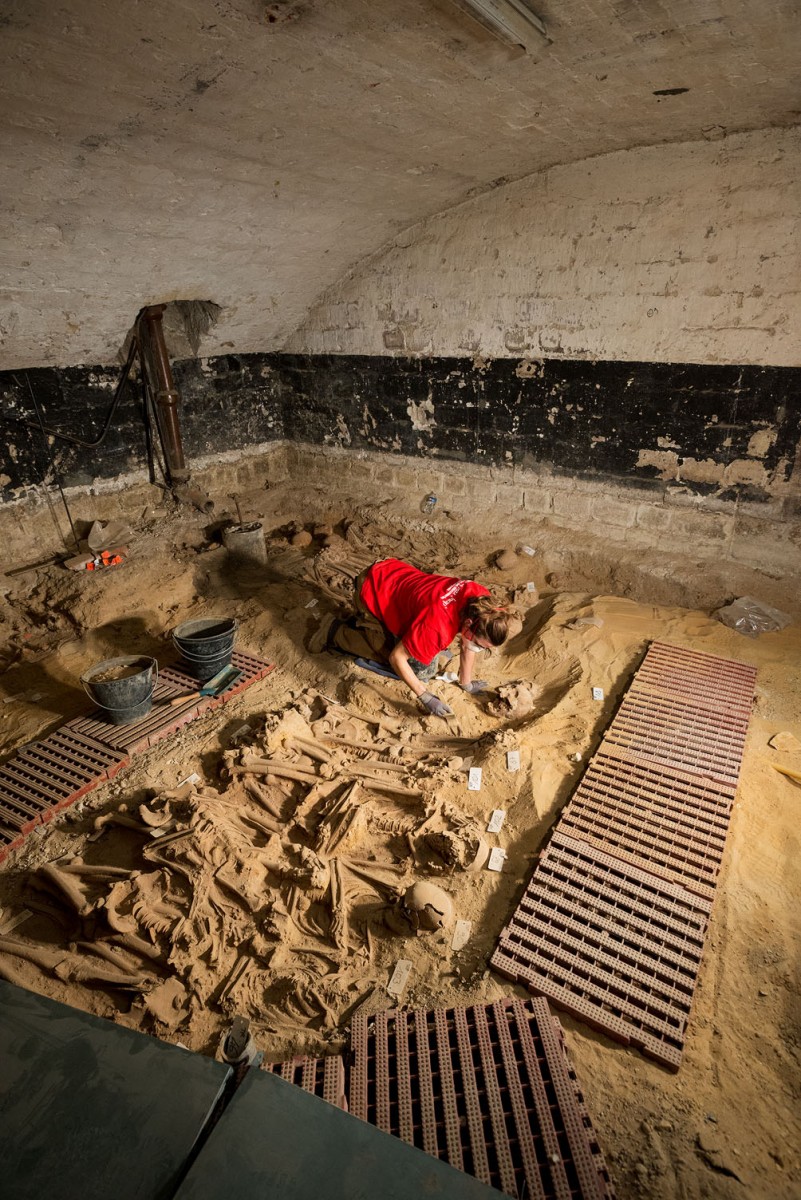 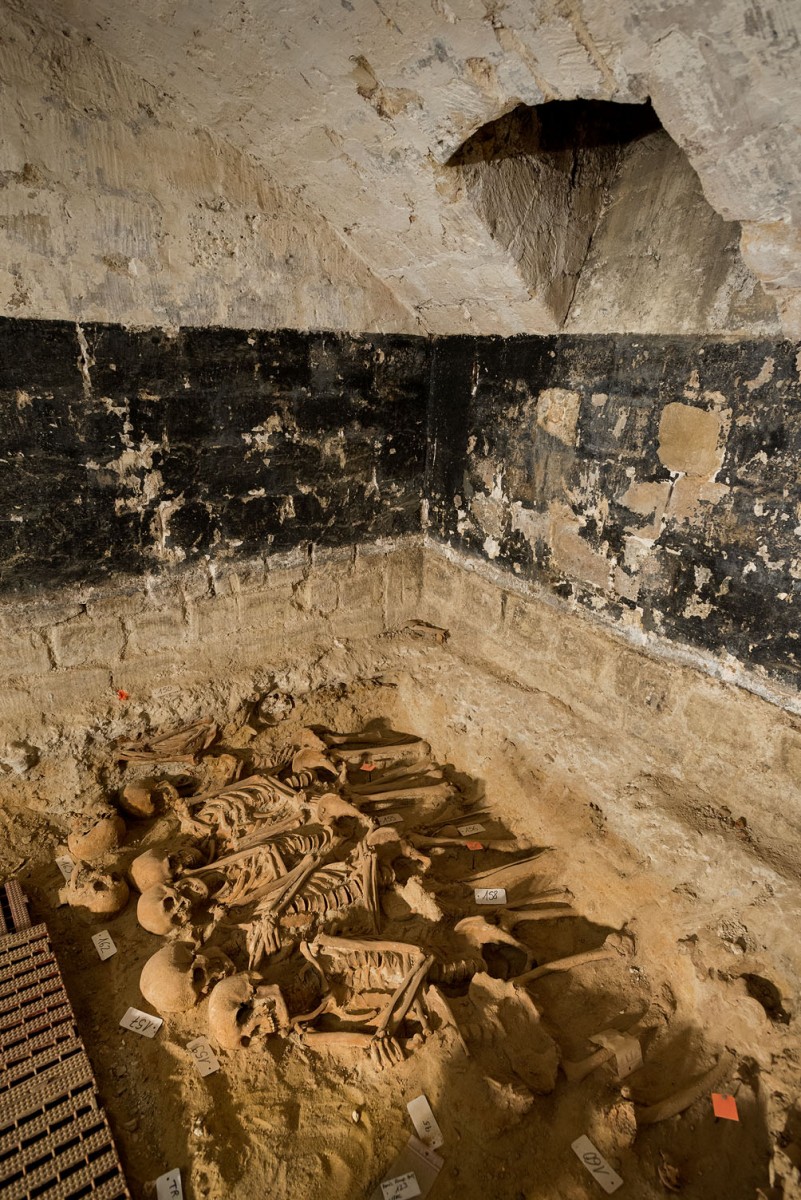 More than 200 bodies found in communal graves beneath Paris supermarket

More than 200 bodies have been found by INRAP archaeologists in eight mass graves beneath a central Paris supermarket. The bodies were laid out in neat rows.

The site was formerly the Trinity Hospital cemetery that functioned from the 12th through the 17th century and was destroyed at the end of the 18th century. The bones were “transferred to the Paris catacombs in the second wave of transfers in 1843, then the Félix Potin grocery store was built on the site in 1860. That building was demolished and reconstructed in 1910. The current Monoprix store occupies the ground and first floor of that 1910 Art Nouveau building by architect Charles Lemaresquier”, according to The History Blog.

Archaeologists were doing a survey at the Monoprix supermarket to inspect the site before building work was carried out, when they found the large collection of bodies neatly laid out in the earth of the store’s basement.

“We thought that there would be a few bones as it was the site of a cemetery but we didn’t think we would find a communal grave,” said Pascal Roy, the director of the supermarket on Boulevard Sébastopol. Eight communal graves have been discovered so far. Seven of the contain the skeletal remains of up to twenty individuals while the eighth holds more than 150 individuals buried in several layers.

INRAP archeologists will carry out DNA tests to confirm whether the people buried in the cemetery of the former Trinity Hospital died of plague or in a famine. Archaeologists believe so because the bodies seem to have been buried at the same time, which suggests they might have been the victims of the plagues which struck Paris in 14th, 15th and 16th centuries. The exact time of the mass burial will be determined by carbon dating. Medieval ceramic fragments and more recent pottery were also found among the skeletal remains.

“What is surprising is that the bodies were not thrown into the graves but placed there with care. The individuals – men, women and children – were placed head to toe no doubt to save space,” said archaeologist Isabelle Abadie.