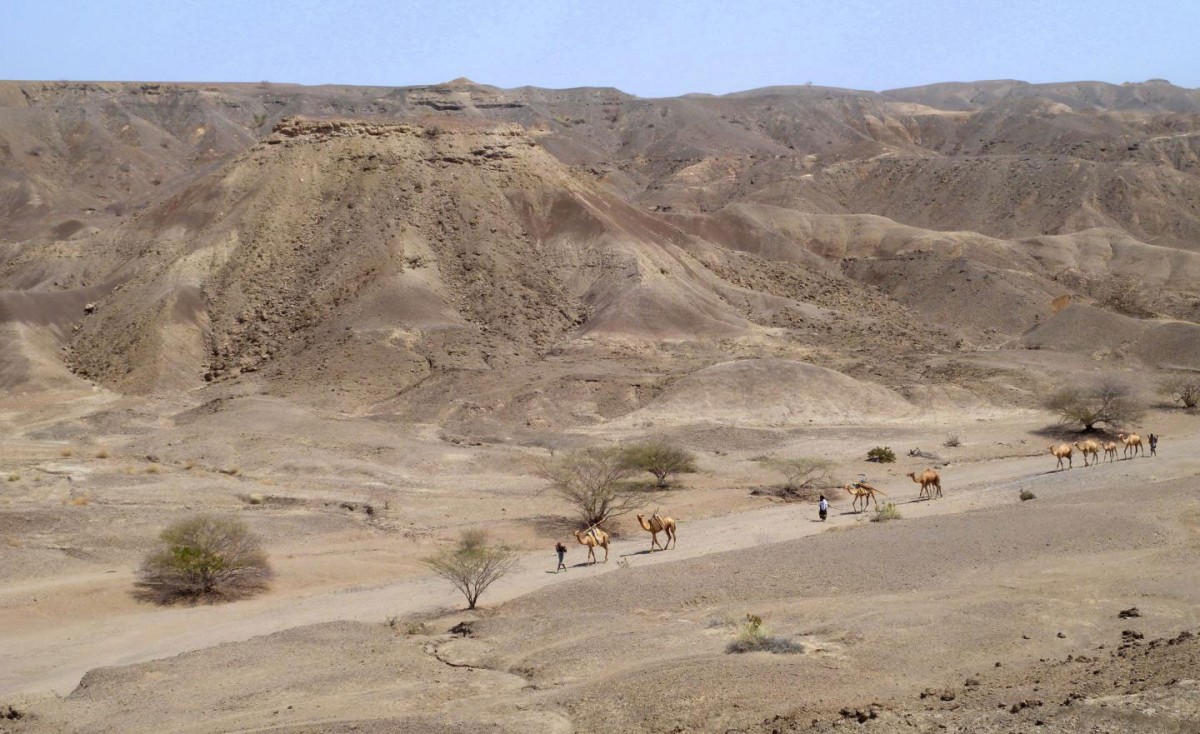 Earliest known fossil of the genus Homo has been dated

The earliest known record of the genus Homo — the human genus — represented by a lower jaw with teeth, recently found in the Afar region of Ethiopia, dates to between 2.8 and 2.75 million years ago, according to an international team of geoscientists and anthropologists. They also dated other fossils to between 2.84 and 2.58 million years ago, which helped reconstruct the environment in which the individual lived.

“The record of hominin evolution between 3 and 2.5 million years ago is poorly documented in surface outcrops, particularly in Afar, Ethiopia,” said Erin N. DiMaggio, research associate in the department of geosciences, Penn State.

Hominins are the group of primates that include Homo sapiens — humans — and their ancestors. The term is used for the branch of the human evolutionary line that exists after the split from chimpanzees.

Directly dating fossils this old is impossible, so geologists use a variety of methods to date the layers of rock in which the fossils are found. The researchers dated the recently discovered Ledi-Geraru fossil mandible, known by its catalog number LD 350-1, by dating various layers of volcanic ash or tuff using argon-40-argon-39 dating, a method that measures the different isotopes of argon and determines the age of the eruption that created the sample. They presented their results in the online issue of Science Express on March 4, 2015.

“We are confident in the age of LD 350-1,” said DiMaggio, lead author on the paper. “We used multiple dating methods including radiometric analysis of volcanic ash layers, and all show that the hominin fossil is 2.8 to 2.75 million years old.”

The area of Ethiopia where LD 350-1 was found is part of the East African Rift System, an area that undergoes tectonic extension, which enabled the 2.8 million-year-old rocks to be deposited and then exposed through erosion, according to DiMaggio. In most areas in Afar, Ethiopia, rocks dating to 3 to 2.5 million years ago are incomplete or have eroded away, so dating those layers and the fossils they held is impossible. In the Ledi-Geraru area, these layers of rocks are exposed because the area is broken by faults that occurred after the sedimentary rocks were deposited.

By dating volcanic ash layers below the fossils and then above the fossils, geologists can determine the youngest and oldest dates when the animal that became the fossil could have lived.

Other fossils found in this area include those of prehistoric antelope, water dependent grazers, prehistoric elephants, a type of hippopotamus and crocodiles and fish. These fossils fall within the 2.84 to 2.54 million years ago time range. Kaye E. Reed, University Professor, Institute of Human Origins, Arizona State University, analyzed the fossil assemblage to try to learn about the ecological community in which the LD 350-1 early Homo lived.

The fossils suggest that the area was a more open habitat of mixed grasslands and shrub lands with a gallery forest — trees lining rivers or wetlands. The landscape was probably similar to African locations like the Serengeti Plains or the Kalahari. Some researchers suggest that global climate change intensifying roughly 2.8 million years ago resulted in African climate variability and aridity and this spurred evolutionary changes in many mammal lines.

“We can see the 2.8 million-year-old aridity signal in the Ledi-Geraru faunal community,” said Reed. “But it’s still too soon to say that this means climate change is responsible for the origin of Homo. We need a larger sample of hominin fossils and that’s why we continue to come to the Ledi-Geraru area to search.”