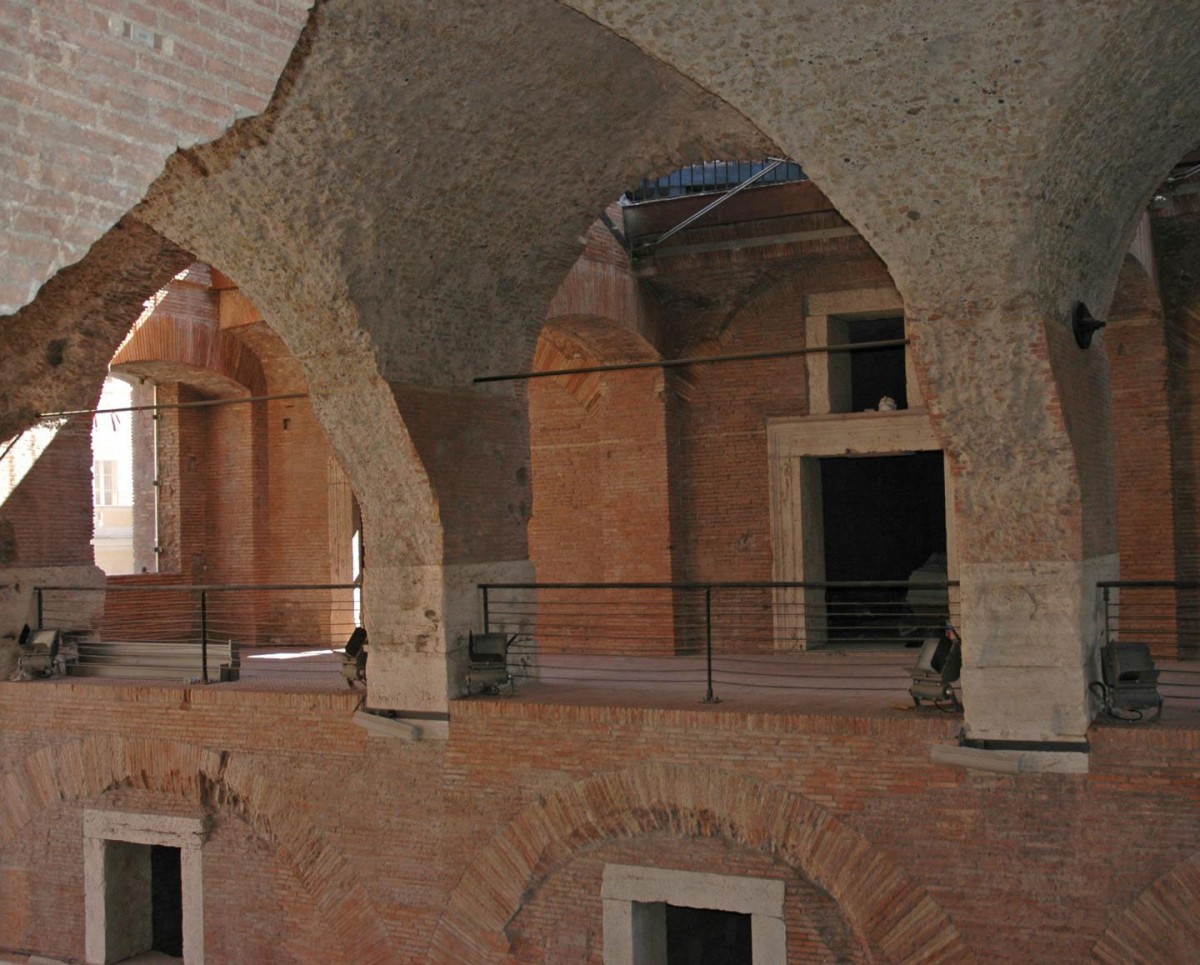 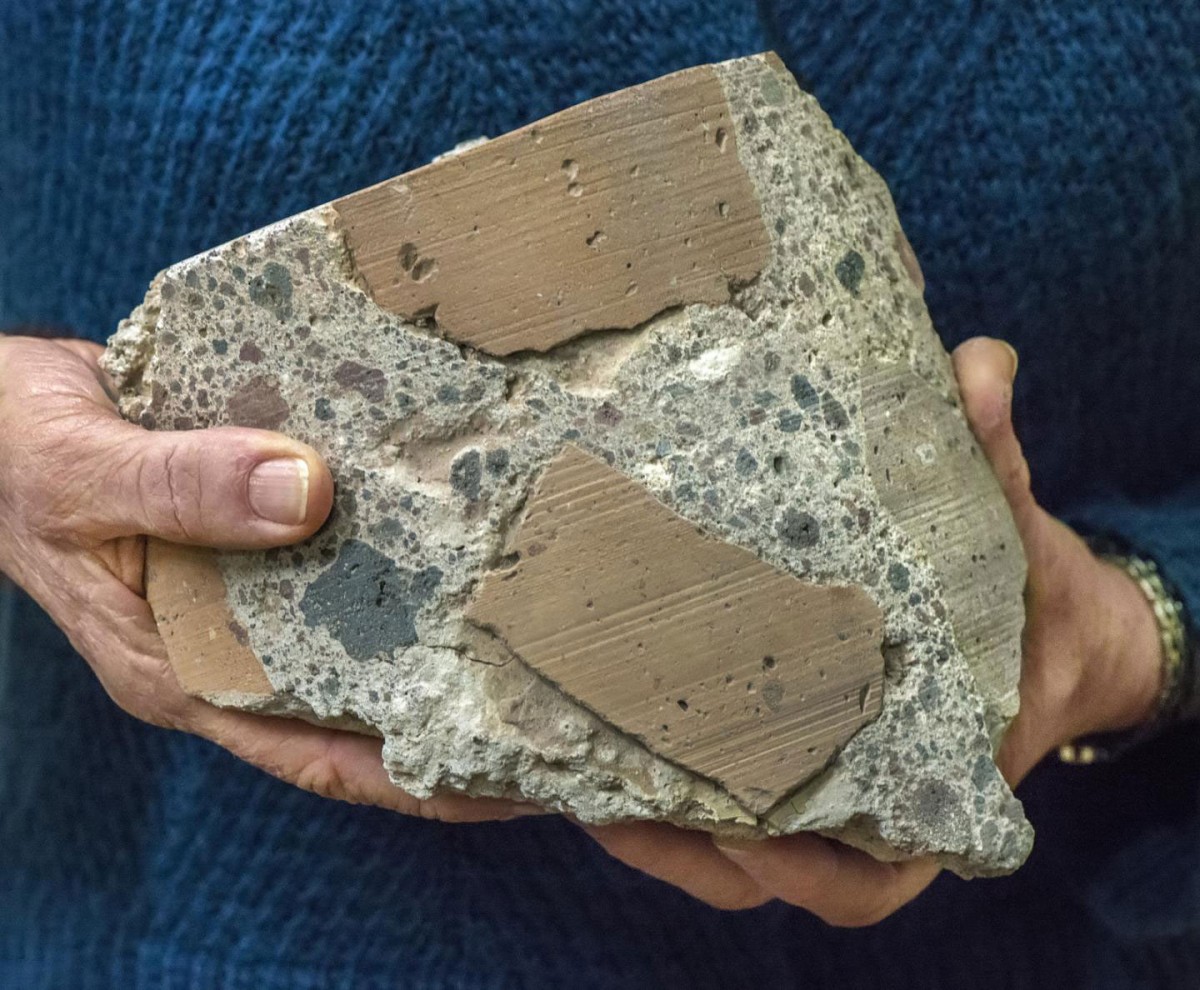 Back to future with Roman architectural concrete

Understanding its longevity and endurance

No visit to Rome is complete without a visit to the Pantheon, Trajan’s Markets, the Colosseum, or the other spectacular examples of ancient Roman concrete monuments that have stood the test of time and the elements for nearly two thousand years. A key discovery to understanding the longevity and endurance of Roman architectural concrete has been made by an international and interdisciplinary collaboration of researchers using beams of X-rays at the Advanced Light Source (ALS) of the U.S. Department of Energy (DOE)’s Lawrence Berkeley National Laboratory (Berkeley Lab).

Working at ALS beamline 12.3.2, a superconducting bending magnet X-ray micro-diffraction beamline, the research team studied a reproduction of Roman volcanic ash-lime mortar that had been previously subjected to fracture testing experiments at Cornell University. In the concrete walls of Trajan’s Markets, constructed around 110 CE, this mortar binds cobble-sized fragments of tuff and brick. Through observing the mineralogical changes that took place in the curing of the mortar over a period of 180 days and comparing the results to 1,900 year old samples of the original, the team discovered that a crystalline binding hydrate prevents microcracks from propagating.

“The mortar resists microcracking through in situ crystallization of platy strätlingite, a durable calcium-alumino-silicate mineral that reinforces interfacial zones and the cementitious matrix,” says Marie Jackson, a faculty scientist with the University of California (UC) Berkeley’s Department of Civil and Environmental Engineering who led this study. “The dense intergrowths of the platy crystals obstruct crack propagation and preserve cohesion at the micron scale, which in turn enables the concrete to maintain its chemical resilience and structural integrity in a seismically active environment at the millennial scale.”

Jackson, a volcanologist by training who led an earlier study at the ALS on Roman seawater concrete, is the lead author of a paper describing this study in the Proceedings of the National Academy of Sciences(PNAS) titled “Mechanical Resilience and Cementitious Processes in Imperial Roman Architectural Mortar.” Co-authors of the paper are Eric Landis, Philip Brune, Massimo Vitti, Heng Chen, Qinfei Li, Martin Kunz, Hans-Rudolf Wenk, Paulo Monteiro and Anthony Ingraffea.

The mortars that bind the concrete composites used to construct the structures of Imperial Rome are of keen scientific interest not just because of their unmatched resilience and durability, but also for the environmental advantages they offer. Most modern concretes are bound by limestone-based Portland cement. Manufacturing Portland cement requires heating a mix of limestone and clay to 1,450 degrees Celsius (2,642 degrees Fahrenheit), a process that releases enough carbon – given the 19 billion tons of Portland cement used annually – to account for about seven-percent of the total amount of carbon emitted into the atmosphere each year.

Roman architectural mortar, by contrast, is a mixture of about 85-percent (by volume) volcanic ash, fresh water, and lime, which is calcined at much lower temperature than Portland cement. Coarse chunks of volcanic tuff and brick compose about 45-to-55-percent (by volume) of the concrete. The result is a significant reduction in carbon emissions.

“If we can find ways to incorporate a substantial volumetric component of volcanic rock in the production of specialty concretes, we could greatly reduce the carbon emissions associated with their production also improve their durability and mechanical resistance over time,” Jackson says.

As part of their study, Jackson and her collaborators at UC Berkeley used ALS beamline 12.3.2 to make X-ray micro-diffraction measurements of slices of the Roman mortar that were only about 0.3 millimeters thick.

“We obtained X-ray diffractograms for many different points within a given cementitious microstructure,” Jackson says. “This enabled us to detect changes in mineral assemblages that gave precise indications of chemical processes active over very small areas.”

The mineralogical changes that Jackson and her collaborators observed showed the mortar reproduction gaining strength and toughness over 180 days as calcium-aluminum-silicate-hydrate (C-A-S-H) cementing binder coalesced and strätlingite crystals grew in interfacial zones between volcanic scoria and the mortar matrix. The toughening of these interfacial zones is reflected in the bridging crack morphology, which was measured by co-author Landis at the University of Maine, using computed tomography scans of the fractured mortar specimens. These experimental results correlate well with computations of increasing fracture energy determined by co-author Brune, now at Dupont Technologies. The strätlingite crystals show no corrosion and their smooth surfaces suggest long-term stability, similar to geological strätlingite that persists for hundreds of thousands of years.

A future challenge for researchers, Jackson says, will be to “find ways to activate aggregates, as slag or as volcanic ash for example, in innovative concretes so that these can develop strätlingite reinforcements in interfacial zones like the Roman architectural mortars.”

The fracture testing experiments at Cornell University were led by co-author Ingraffea. The samples of mortar from Trajan’s Markets were provided by co-author Vitti and the Sovrintendenza Capitolina di Roma Capitale. Co-author Kunz is the principal scientist at ALS beamline 12.3.2.