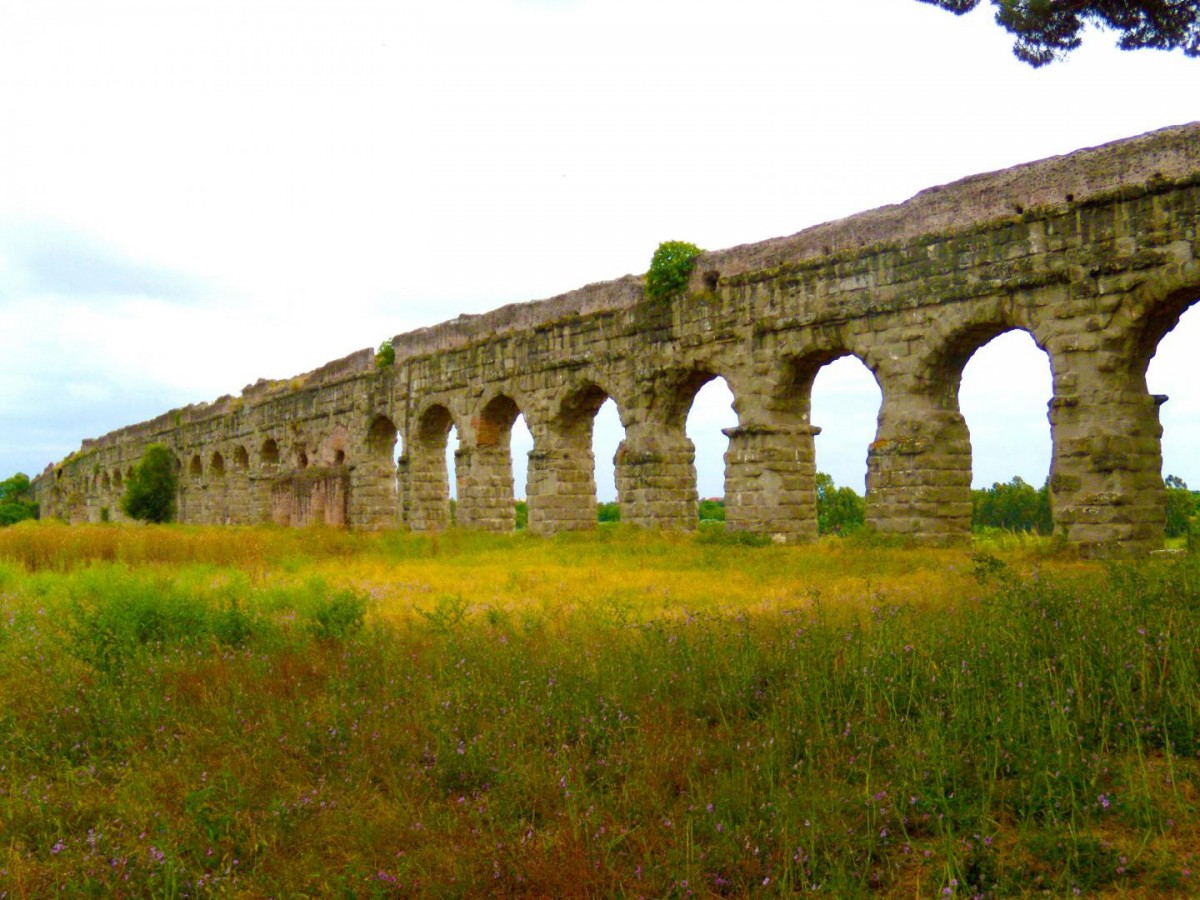 The core piece of infrastructure that permitted large-scale urbanization

For hundreds of years, the Anio Novus aqueduct carried water 87 km (54 miles) from the Aniene River of the Apennine Mountains down into Rome. Built between AD 38 and 52, scholars continue to struggle to determine how much water the Anio Novus supplied to the Eternal City – until now.

By studying limestone deposits that formed from the flowing water within the aqueduct, called travertine, University of Illinois at Urbana-Champaign researchers reported in the Journal of Archaeological Science an actual estimate for the aqueduct’s flow rate of 1.4 m^3/s (± 0.4).

‘At this rate, the aqueduct would have supplied the city with 370 gallons of water each second,’ said lead author Bruce Fouke, a professor of geology and microbiology and a member of the Carl R. Woese Institute for Genomic Biology at Illinois. ‘That’s enough water, per second, to take a three-hour shower or to take 7 baths.’

Still, their estimate is significantly lower than previous estimates, which did not account for the travertine. They found that even a small amount of travertine deposit served to significantly reduce the water flow by 25 percent.

Former estimates have tried to reconcile flow rates recorded in AD 97 by Rome’s water commissioner Sextus Julius Frontinus in his classic text entitled De Aquis. ‘We believe his data should not be used, considering he did not have the means to accurately measure water flux and flow velocity,’ Fouke said. ‘Furthermore, Frontinus’ data contained many discrepancies, which he blamed on measurement error, water theft and fraud in his water department.’

Other recent estimates have used an average velocity. However, this new study found differences in slope across the aqueduct that could have caused velocity to vary by more than 1 m/s in some places. In turn, this would dramatically change estimates of the volume of water being transported.

‘Regardless of the different estimates, researchers agree that these aqueducts were the core piece of infrastructure that permitted the large-scale urbanization,’ Fouke said. ‘With this reliable water supply, Rome’s population was able to grow between 600,000 to a million people during the first century AD.’