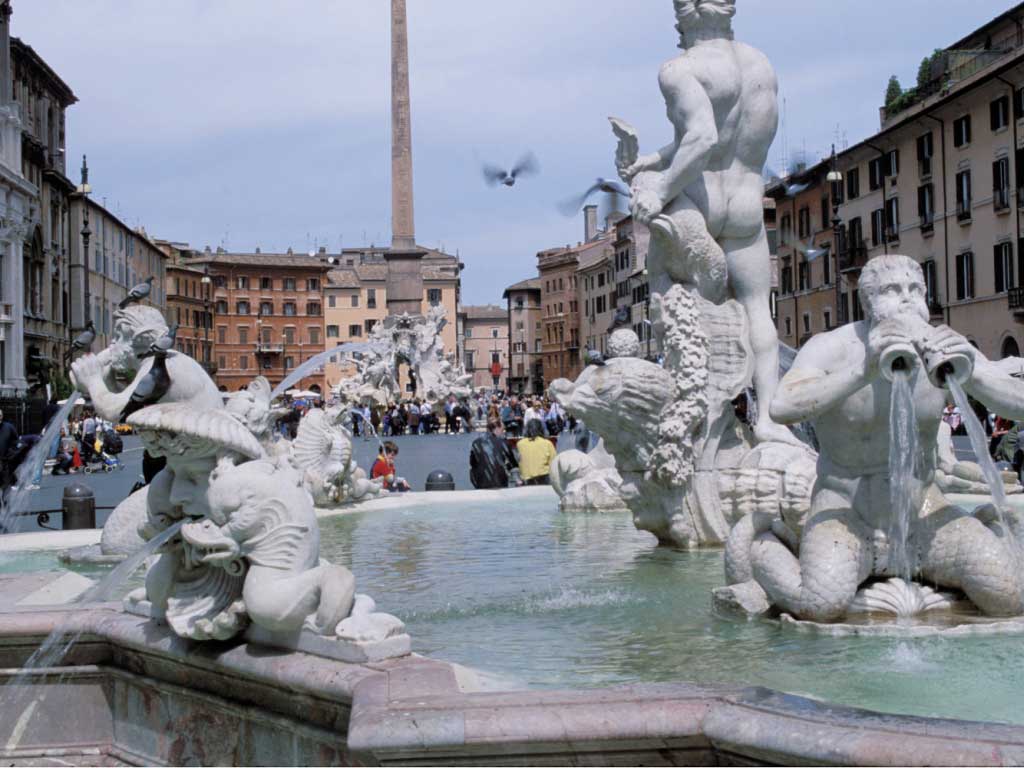 It is one of the simplest, most affordable pleasures of any visit to Rome: tucking into a piece of pizza, or a panino stuffed with prosciutto and mozzarella, while marveling at the city’s ancient monuments. But not anymore.

As of this week, anyone caught snacking around the Eternal City’s centuries-old monuments and archeological sites could find themselves landed with a fine of up to 500 euros ($650).

In an attempt to bring a greater level of decorum to a city not known for order, Rome city council has passed a decree banning tourists from snacking in the historic center, which recognized by UNESCO as a World Heritage site.

That includes Piazza Navona, with its exquisite marble fountains, and the Pantheon, a vast Roman temple converted into a church. Other areas subject to the crackdown include Via dei Fori Imperiali, the broad avenue which links Piazza Venezia, Rome’s main square, with the Colosseum, the ancient arena where gladiators and slaves once fought.

Thinking of emulating Audrey Hepburn in the 1953 romantic comedy Roman Holiday by eating a gelato on the Spanish Steps? Think again. It could prove to be a very expensive ice cream.

“It is forbidden to encamp or erect makeshift shelters and stop to eat or drink in zones which have a particular historic or architectural value,” reads the ordinance adopted by Rome city council this week.

The law is intended to “guarantee the protection of areas of merit in the historic center,” it added.

In many ways the new clamp-down reflects a schism in attitudes towards public eating between Italians and tourists.

Visitors may be happy to chow down on a slice of pizza or sandwich on the steps of a Renaissance church or ancient Roman monument, taking a rest from the exhausting challenge of touring the city on foot. But that leaves most Romans aghast – they rarely eat or drink on the street.

You don’t see people guzzling enormous take-out coffees from paper cups; Italians go to a cafe for a cappuccino or a cafe macchiato, and drink it there, often standing up at the bar.

Eating in public is not done. I have even been told off for eating in a restaurant while reading a newspaper – on the grounds that it will ruin my digestion, and that I should forget about work at least for an hour.

Rome is just the latest Italian city to try to curb indecorous behavior by tourists.

Similar bans have been adopted in Venice, where snacking is prohibited in St. Mark’s Square and around famous landmarks, as well as Florence and Bologna.

But critics said the draconian new law could drive away tourists just as Italy needs them more than ever – locals are spending less in restaurants, bars, and cafes as a result of a grinding recession and the imposition of austerity measures intended to tame the country’s 1.9 trillion euro national debt.

The center-right mayor of Rome, Gianni Alemanno, is acting like a “sheriff” and “transforming Rome into a city of rules and regulations,” said Angelo Bonelli, an opposition councilor in the city administration.

Others said Rome had more serious problems to contend with – streets are often strewn with rubbish, illegal hawkers and touts harass tourists outside St. Peter’s Basilica and the Colosseum, and cars are allowed to double- or even triple-park.

“To start pestering tourists while they are eating lunch out of a bag really seems the last of our problems,” says Dario Nanni, a member of the left-leaning Democratic Party.

Italy has a somewhat checkered history when it comes to law enforcement, so whether tourists munching on sandwiches and slices of pizza really will be slapped with heavy fines remains to be seen.