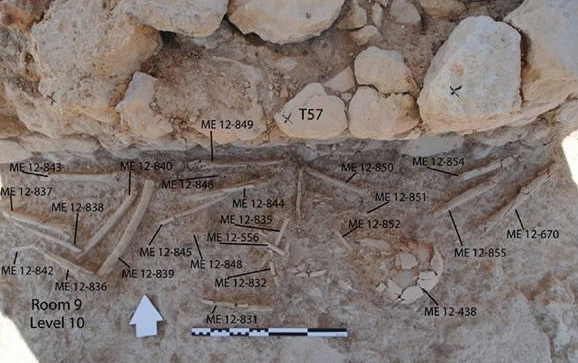 The management of death in the prepalatial and early protopalatial Crete appears to have acted as an essential mechanism for the formation of social relationships and solidarity in the small, fragmented and rather isolated communities of the Cretan landscape.

Sevi Triantafyllou will address the topic “Managing with death in Prepalatial and Protopalatial Crete: a fresh look at the skeletal remains”, as part of the Minoan Seminar series, on Friday, 20 March 2015, at 6.30 p.m., in the Archaeological Society, Panepistimiou 22, Athens.

As explained in the abstract: “Research in mortuary archaeology until very recently focused on issues related to the tomb architecture and the circulation of valuable and ‘exotic’ artefacts identified as grave goods while with regard to the examination of the human remains, published work has been limited strictly to biological information derived from the macroscopic examination of the deceased.

“During the last decade, however, the study of the human skeletal remains from a large number of prepalatial and early protopalatial mortuary assemblages has benefited considerably from systematic osteo-archaeological approaches which have shed new light to burial processes and the different ‘instances’ recognised in the burial practices along with the multidimensional representation of managing the dead body.

“Aspects of differential manipulation which range from fully and semi-articulated body parts to fully distorted, often by firing, human remains would reinforce the idea that death and death management did not represent merely a social mechanism for the rejection-disposal of the human body and forgetting of the dead. On the contrary, burial processing appears as a multi-staged ritual where small or large social groups would pursue the continuous physical contact with the dead body which ends to represent purely well identified persons and relatives.  Human remains therefore appear to have been utilized by the living community as mnemonic devices and means to link the present with communal memory, the ancestors  and the communal past.”

The Minoan Seminar, established in 2004, is an on-going series of seminar presentations and symposia on Minoan archaeology, hosted by the Archaeological Society at Athens under the direction and organization of Efi Sapouna-Sakellaraki, Lefteris Platon and Yiannis Papadatos, with Colin Macdonald as Secretary.