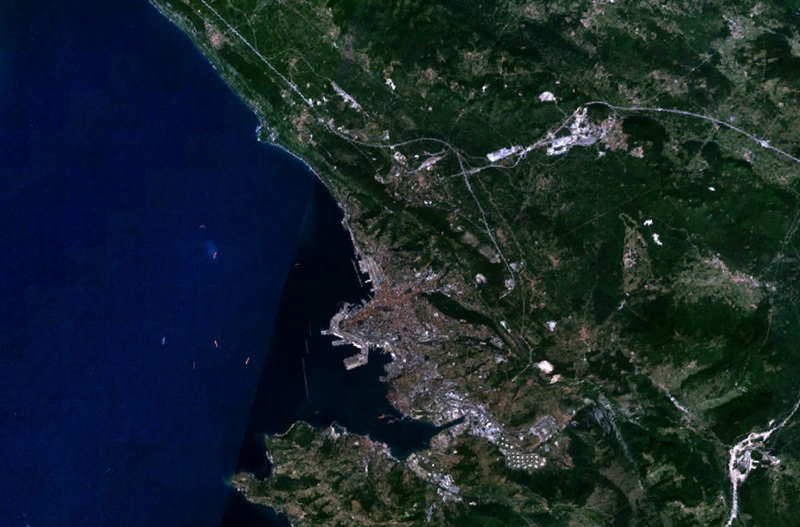 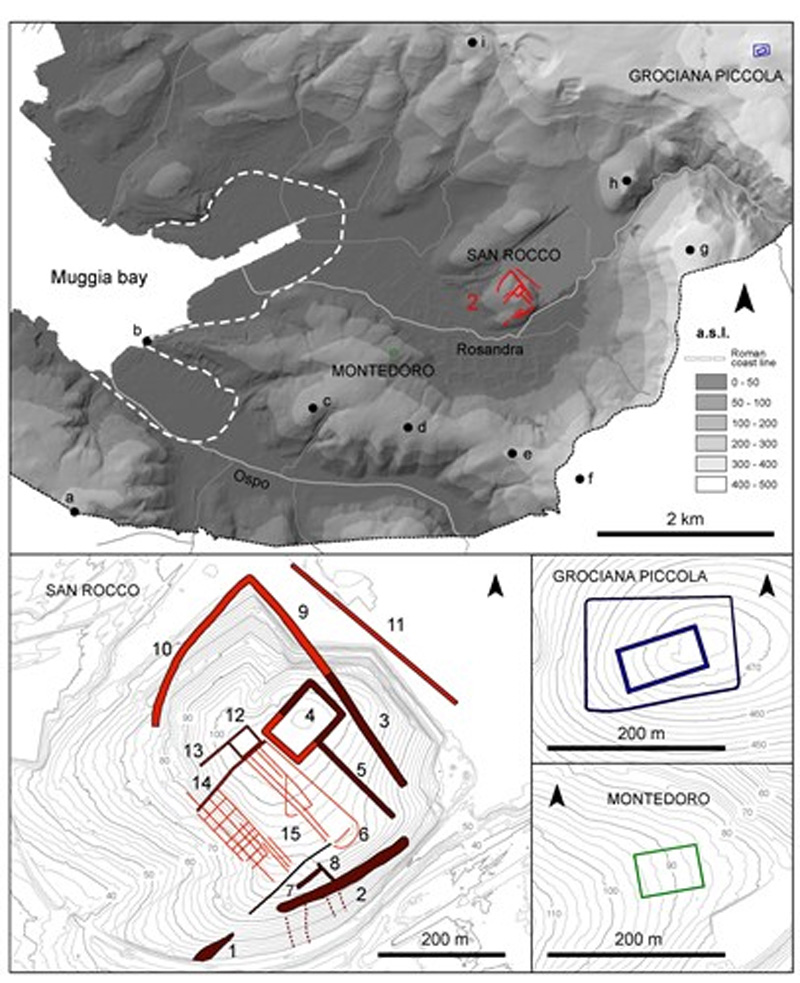 The area known as San Rocco in Muggia (a commune of Trieste province) could hold secrets to the origins of Trieste (or Tergeste, as it was known in ancient times). An interdisciplinary team—led by International Centre for Theoretical Physics researchers Federico Bernardini and Claudio Tuniz—has discovered an archaeological site with Roman military fortification systems, composed of a big central camp flanked by two minor forts. The team believes that this site, which dates back to the first decades of the 2nd century BC, is most likely to be where the Romans laid the first foundations of Trieste.

Researches did not use traditional archaeological excavation methods for this discovery but relied on modern technology: Light Detection And Ranging (LiDAR) and Ground Penetrating Radar (GPR). LiDAR bounces laser light pulses off the ground to generate precise pictures of surface features, while GPR allows the detection of subsurface structures. Further archaeological surveys helped to assess the relative chronology of the sites.

Bernardini and Tuniz, along with colleagues from the Universities of Trieste and Udine (Giacomo Vinci, Angelo De Min, Davide Lenaz, Michele Pipan, Emanuele Forte and Stefano Furlani) and other institutes, produced digital terrain models from the LiDAR data, revealing the plan of the ancient structures. The use of GPR revealed the presence of buried structures at the site, including several possible walls, adding further details to an emerging picture of this significant archaeological discovery.

“The San Rocco camp includes an area wider than 13 hectares–larger than 13 football fields–which was defended by wide ramparts and strategically located very close to the most protected natural harbor of the northern Adriatic,” says Bernardini, adding, “The archaeological materials discovered inside and analysed in our lab date its building to the first half of the second century BC, which is when the Romans conquered Istria. This makes the camps among the earliest examples of Roman military architecture in the Roman world.”

“LiDAR is revolutionising archaeological studies, providing new methods for finding ancient emerging structures from prehistoric to ancient Roman times, also in areas that are totally covered by trees,” explains Tuniz. “The research team was able to unravel archaeological evidence of a crucial period of Roman history at the borders of the Roman republic.”

Details of the discovery have been published in the prestigious US scientific journal Proceedings of the National Academy of Sciences (DOI 10.1073/pnas.1419175112).

The study was a collaboration involving many institutions: the Universities of Trieste and Udine, the Centro Fermi of Rome, the Institute of Archeology of the Slovenian Academy of Sciences and Arts, the Superintendency of Friuli Venezia Giulia, the Inspectorate of Agriculture and Forestry, the Civil Protection of Friuli Venezia Giulia and others.