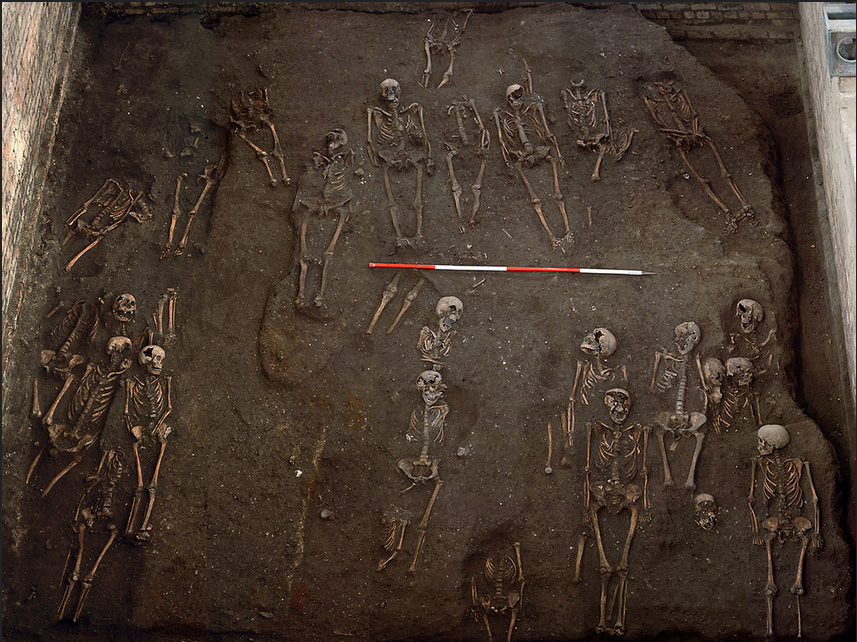 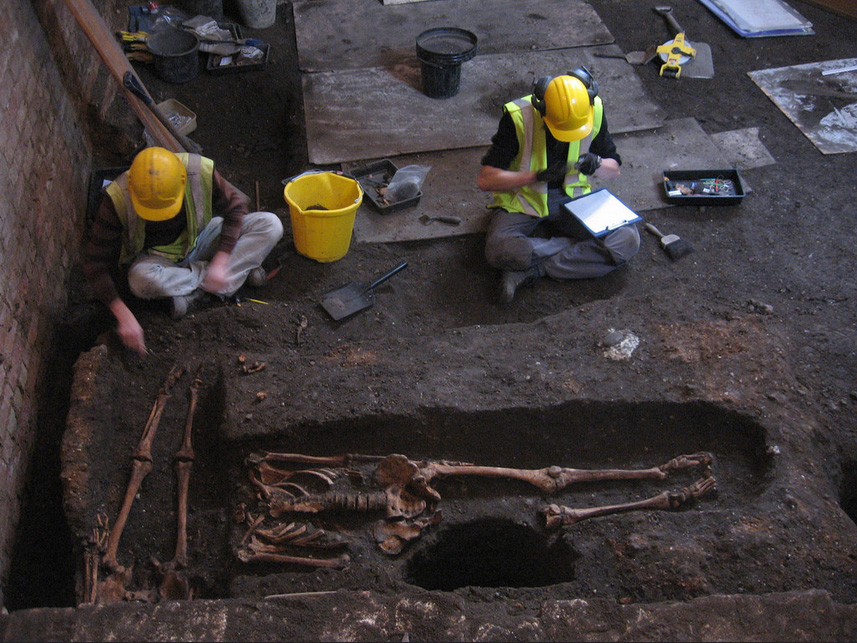 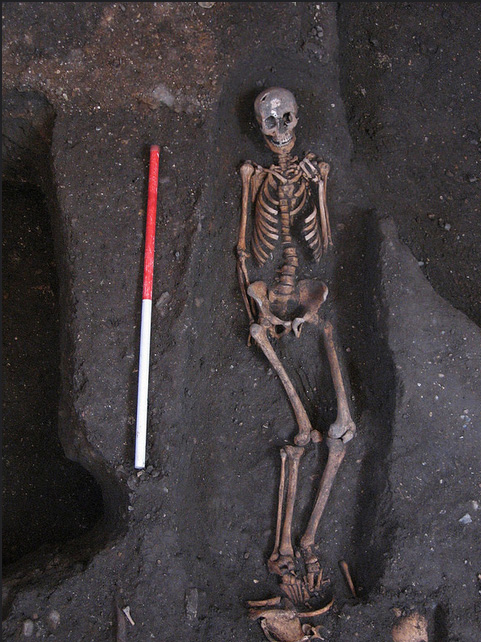 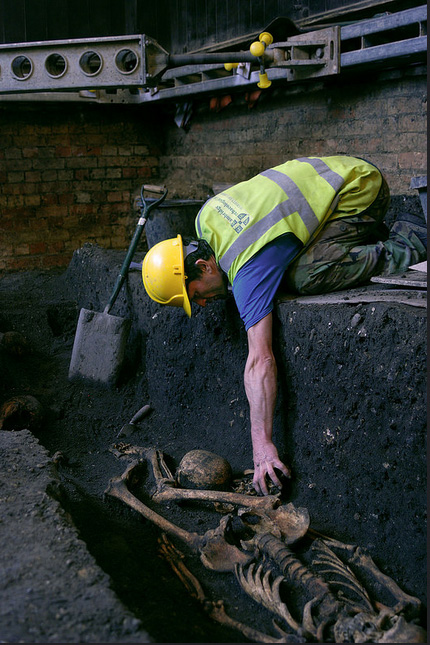 One of the largest medieval hospital burial grounds in Britain

The complete skeletal remains of over 400 medieval burials were uncovered along with disarticulated and fragmentary remains of what could be as many as 1,000 more individuals.

One of the largest medieval hospital burial grounds in Britain, containing an estimated 1,300 burials, once stood on the site of what is now a Cambridge College, according to a report published in the latest issue of the Archaeological Journal.

The report marks the first public release of evidence gathered by an archaeological dig beneath the Old Divinity School at St John’s College, conducted as part of the Victorian building’s refurbishment in 2010-2012. Images from the dig, showing almost perfectly preserved medieval skeletons unearthed after centuries of burial, are also being released for the first time today.

The report reveals that the complete skeletal remains of over 400 medieval burials were uncovered by a team from the Cambridge Archaeological Unit, along with “disarticulated” and fragmentary remains of what could be as many as 1,000 more individuals.

While the existence and location of the cemetery have been known to historians since at least the mid-twentieth century, the sheer scale and extent of the burial ground was unclear until now.

The bodies, which mostly date from a period spanning the 13th to 15th centuries, are burials from the medieval Hospital of St John the Evangelist which stood opposite the graveyard until 1511, and from which St John’s College takes its name.The number of remains discovered was far more than the team had expected, and they shed significant new light on life and death in medieval Cambridge. Craig Cessford of the Cambridge University Department of Archaeology and Anthropology led the dig and authored the report. He said the Old Divinity School excavation was “one of the largest medieval hospital osteoarcheological assemblages from the British Isles”.

The site of the Old Divinity School, built in 1877-1879, was formerly the burial ground of the Hospital, instituted around 1195 by the townspeople of Cambridge to care for the poor and sick in the community. Originally merely a small building on a patch of waste ground, the Hospital grew with Church support to be a noted place of hospitality and care for both University scholars and local people.

Despite local rumours linking the Hospital cemetery to the Black Death, no evidence of this disease was found on any of the remains, nor did the team find any sign of large burial groups from that period (1348-1350). In later centuries, plague victims in Cambridge were buried on local grazing land such as Midsummer Common, and it is likely that the same locations were used in the medieval period as well.

The Hospital cemetery, dating from the early 13th century, contained the bodies of approximately 1,300 people, most of which were buried in neatly laid-out rows, or deposited in a charnel house on the site. The team, from the Cambridge Archaeological Unit, found the cemetery to have six “cemetery generations”, defined as the time taken to fill all available space before burying other bodies in the same locations.

The cemetery was found to have had gravel paths and a water well, along with seeds from various flowering plants, suggesting that much like today’s cemeteries, it was a place for people to come and visit their deceased loved ones.

Of the various human remains excavated by the team, 400 individuals were closely analysed to discover clues as to the nature of the cemetery and the surrounding community. The vast majority of burials took place without coffins, many even without shrouds, suggesting the cemetery was primarily used to serve the poor. Grave-goods such as jewellery and personal items were only present in a handful of burials.

“Evidence for clothing and grave-goods is rarer than at most hospital cemeteries”, said Dr Cessford, “principally because this was a purely lay graveyard with no clerics present. Items were found in graves that might represent grave-goods, but their positions were ambiguous and it is equally possible that they represent residual material from earlier activity at the site”.

Also of interest to the archaeologists was the relative lack of remains of young women and complete absence of infants, which would normally be expected in a medieval hospital cemetery. Of the remains that could be identified, there seems to have been a roughly equal gender balance, with the majority of individuals having died between around 25 and 45 years old. The lack of young female remains can probably be explained by the Hospital’s Augustinian ordinance from 1250 which established its areas of concern to be “poor scholars and other wretched persons”, and specifically excluded pregnant women from its care.

The bodies surprisingly did not exhibit many serious illnesses and conditions that would have required medical attention. The Archaeological Journal report suggests that “this could reflect that the main role of the Hospital was spiritual and physical care of the poor and infirm rather than medical treatment of the sick and injured”.

The full report has been published in the latest issue of the Archaeological Journal, number 172.