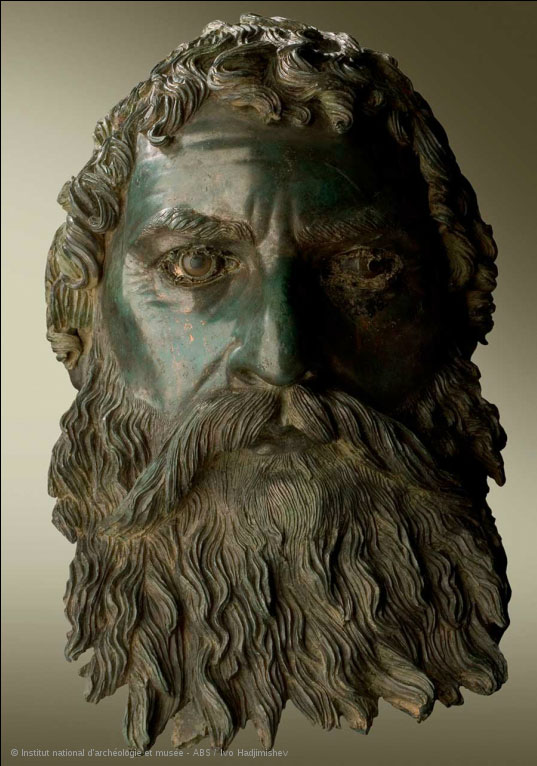 The Saga of the Thracian Kings

The exhibition “The Saga of Thracian Kings. Archaeological Discoveries in Bulgaria” has opened yesterday at the Louvre. It will run through July 20, 2015.

This exhibition explores ancient Thrace by looking at various components of the Odrysian kingdom. On show for the first time will be several complete sets of major tomb furnishings, allowing comparison of previously unseen items with similar material found in Greek city-states along the coast. The highlight of the exhibition will be the unprecedented display of items from the royal tomb of Seuthes III alongside the magnificent bronze head of that king.

Ancient Thrace is still mainly associated with the emblematic figure of Orpheus and various Thracian kings such as Rhesus and Tereus, who punctuated the Greek mythological world. Yet this region, located between the Aegean and Black Seas, actually witnessed the rise of a powerful kingdom headed by a people called the Odrysae. This kingdom became a key player in the regional conflicts that inflamed southeastern Europe from the fifth century BC onward. Stimulated by its numerous exchanges with the Greeks, especially the Macedonians, the Persians, and the Scythians, the Odrysian kingdom forged its own identity around a turbulent warrior aristocracy. In recent years, the vitality of Bulgarian archaeological research has spurred a rediscovery of Thracian civilization, epitomized by exceptional tombs that convey the economic, social, cultural, and artisanal wealth of the Odrysian kingdom.