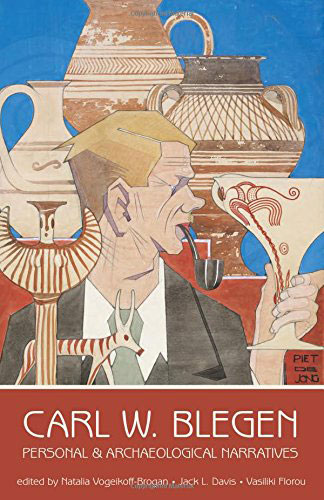 The American archaeologist Carl William Blegen (January 27, 1887-August 24, 1971) was famous for his work on the site of Pylos in modern-day Greece and Troy in modern-day Turkey. His work produced numerous artifacts, including tablets with inscriptions in the Linear B script previously discovered only in Crete, as well as a magnificent Mycenaean palace at Pylos. Blegen’s work at the Troy site initially suggested that the city had been destroyed by natural disasters, contradicting the account in Homer’s Iliad. His further research, however, identified the Troy of approximately 1250 B.C.E., which was destroyed by fire and also contained evidence of extensive warfare, as King Priam’s Troy, validating Homer’s epic. Blegen, thus, contributed greatly to our understanding of these ancient cultures, previously remembered only in literature.

Blegen was also the most famous American archaeologist ever to work in Greece, and no American has ever had a greater impact on Greek archaeology. Yet Blegen, unlike several others of his generation, has found no biographer. In part, the explanation for this must lie in the fact that his life was so multifaceted: not only was he instrumental in creating the field of Aegean prehistory, but Blegen, his wife, and their best friends, the Hills (“the family”), were also significant forces in the social and intellectual community of Athens.

Authors who have contributed to this book have each researched one aspect of Blegen’s life, drawing on copious documentation in the United States, England, and Greece. The result is a biography that sets Blegen and his closest colleagues in the social and academic milieu that gave rise to the discipline of classical archaeology in Greece.