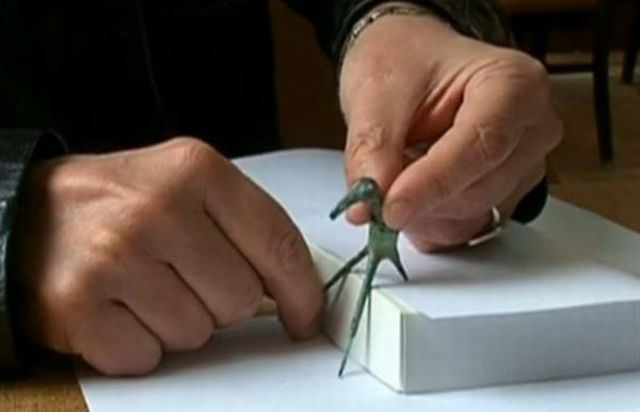 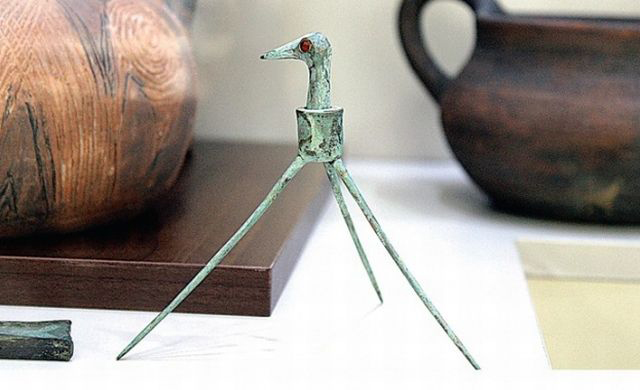 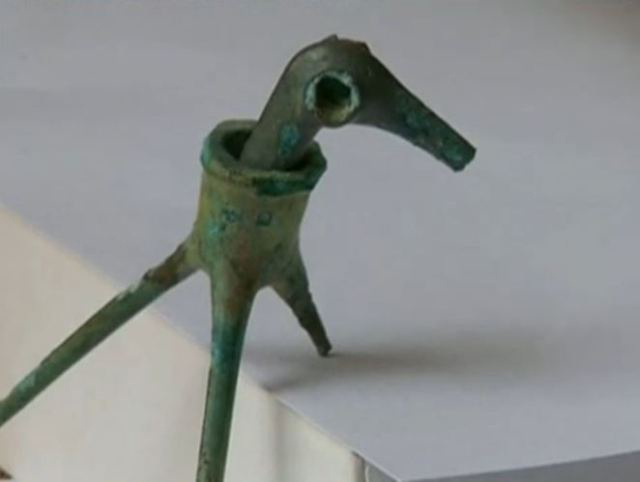 Its head can move, perhaps so that children could make it drink water

The strange Thracian bronze artifact found in the area of the southern town of Zlatograd in the Rhodope Mountains was characterized by Bulgarian archaeologists as “the oldest children’s toy in Europe”.

The artifact has the shape of a stork’s head and dates between 1500 and 1200 BC. The stork’s head can move, perhaps so that children could make it “drink water”, and its body has the form of a tripod.

The toy is made from a mixture of bronze and silver, and the eyes of carnelian, a local semi-precious gemstone. It weighs 30 grams (just over one ounce).

According to archaeologist Nikolay Ovcharov the bronze stork may have also had a religious meaning. “It is hard to say what exactly it was used for,” he said. “It may have been a regular children’s toy but it is also quite possible that this item had some kind of a function in the religious practices of the Ancient Thracians, for example, with clairvoyance. However, we have no way of knowing much about that because this period, the second millennium BC, was a time devoid of the written word.”
So experts called the artifact a toy, because they cannot figure out what else it could have been, “because no such artifact has ever been discovered in the world,” Ovcharov explained.

Excavations are expected to begin in the summer on the site near Yagnevo, where the artifact was found.

Archaeologists believe that the 2nd millennium BC was a period in which the Thracian civilization blossomed in the Rhodope Mountains, with its largest cult centers being the rock sanctuaries of Perperikon, Tatul, and the so called Uterus Cave, among others.