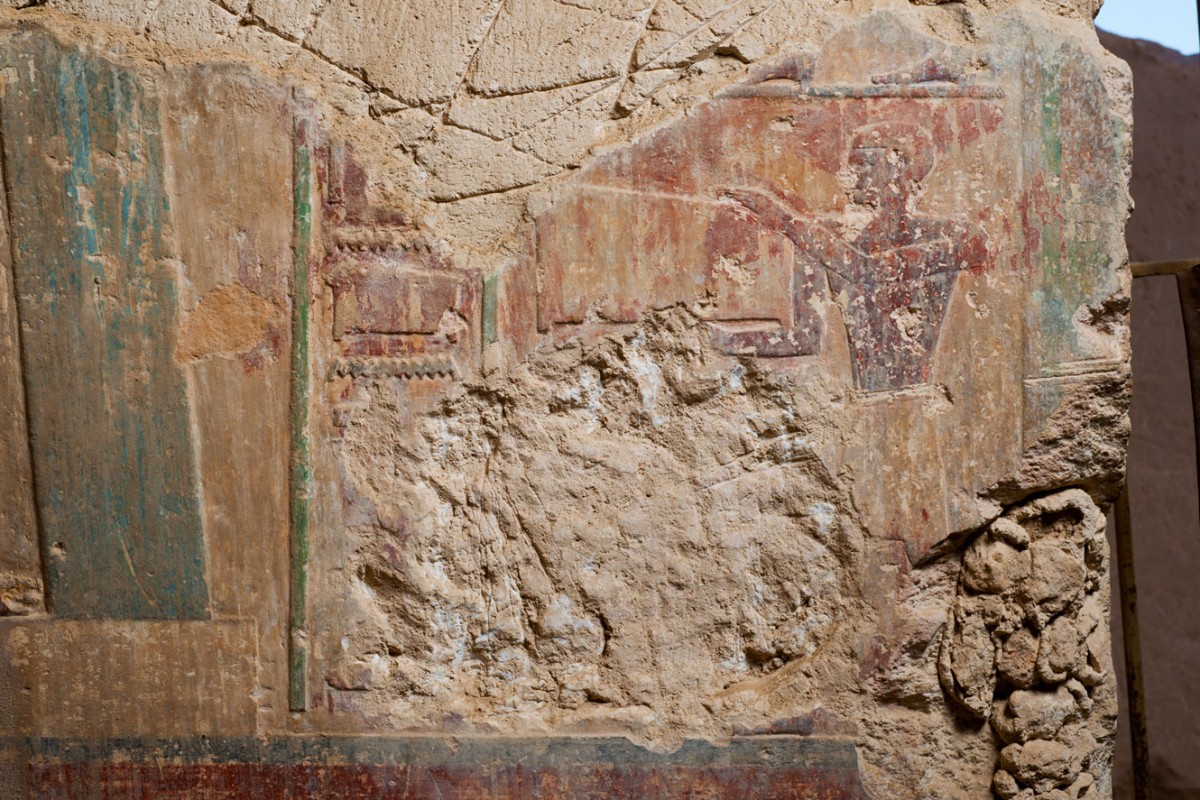 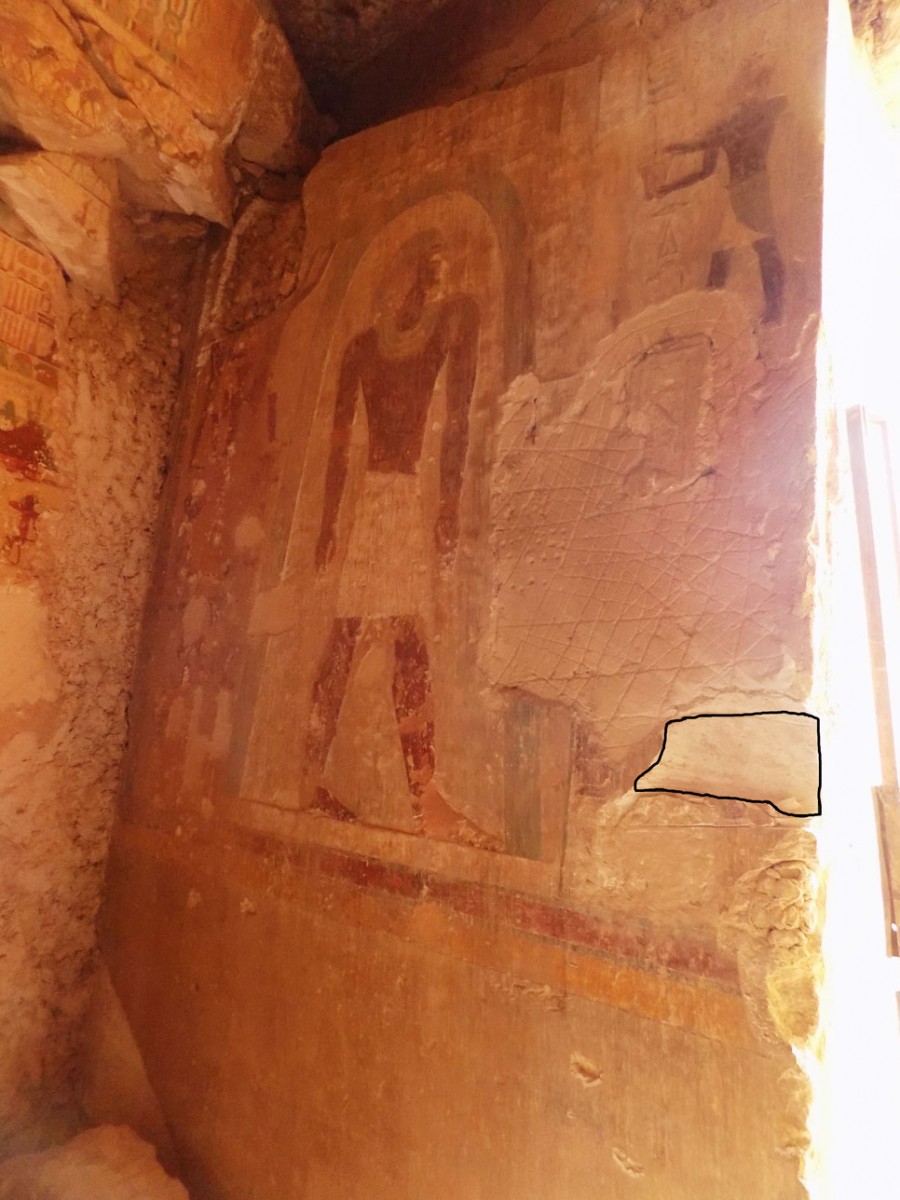 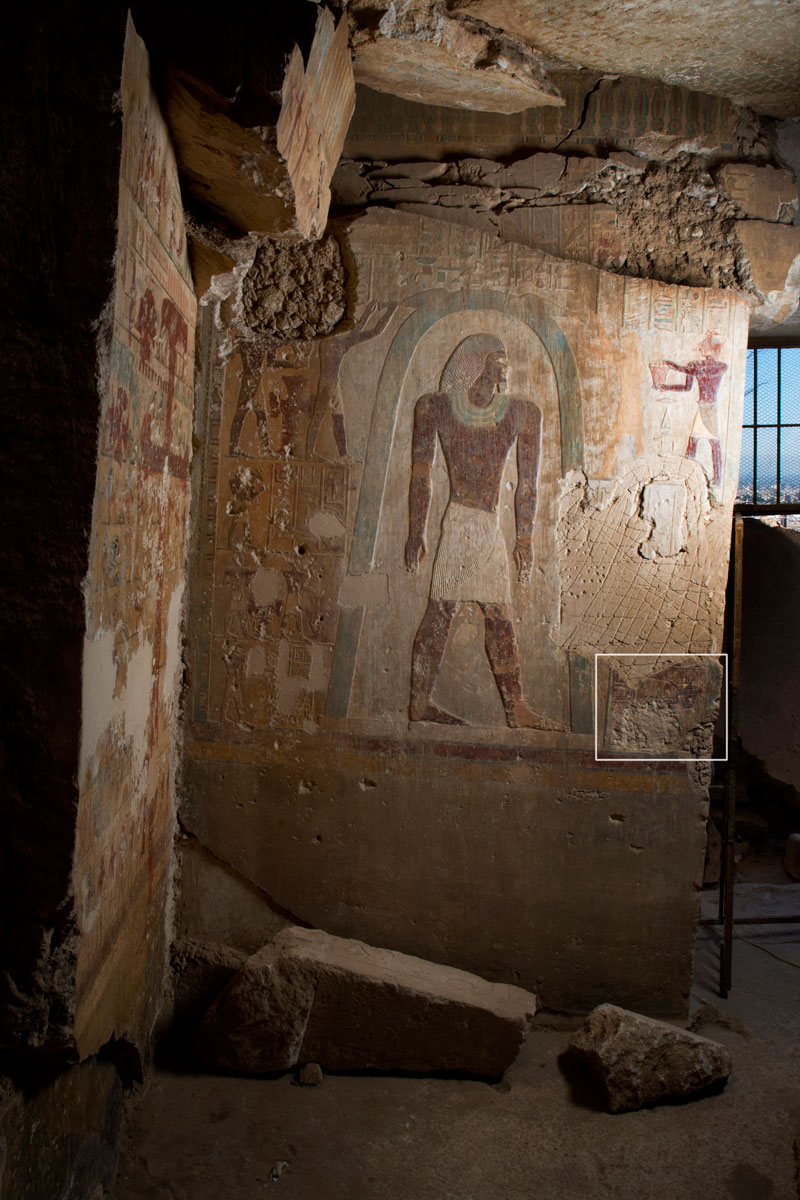 Looting of the tomb of Djehutyhotep

The Leuven University archaeology mission, who has been carrying out excavations in Deir el-Bersha, where the looted tomb of Djehutyhotep is located, has posted some new photos, showing the damaged wall reliefs, and issued a statement.

The statement reads: “Two weeks ago, the Egyptological world was shocked by tweets by Monica Hanna about the looting and extensive destruction of the tomb of Djehutyhotep at Deir el-Bersha. According to some reports, entire walls with relief decoration would have been removed, and one report even suggested the dig house had been looted. We have since been trying to get reliable information on this matter from the antiquities authorities. The reports we now have are consistent in confirming the grave news that the tomb has been entered and that a relief has been stolen (not two, as has been stated elsewhere). However, the damage is said to be much less extensive than feared. A small scene immediately to the east of the entrance has been hacked out. It was damaged already in Newberry’s day (1891-1892), but it still showed the well preserved top part of a man carrying a chest towards Djehutyhotep, who is being purified by other servants. It was also one of the few reliefs where the head of a figure was still in good condition. We have no photos at our disposal that confirm what the other walls of the tomb look like.”