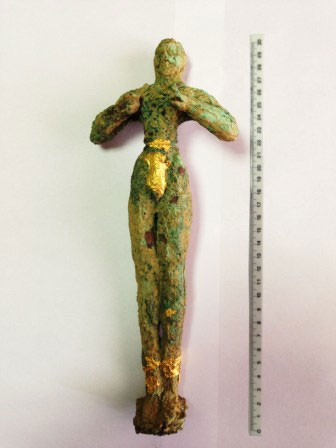 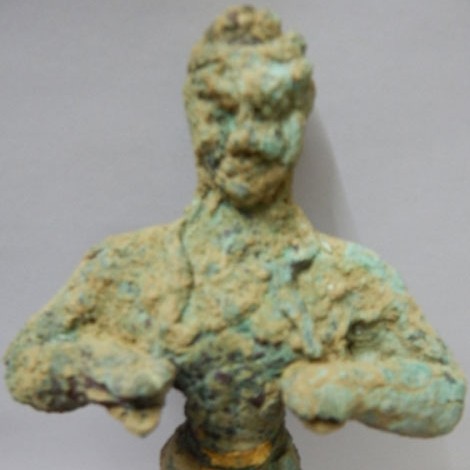 Invaluable Middle-Minoan Kouros was found in the possession of looters

An ancient figurine dating back to the Middle-Minoan period and depicting a Kouros, extremely valuable, as its peculiar features make it a unique find of its kind, was found in the possession of looters in the Municipality of Lassithi, who were about to sell the artifact. The police arrested four people.

On Thursday, May 28, the police, who had been on the trail of the illicit dealers for some time now, spotted one of them driving a car. The vehicle was stopped by the police and during the search a bronze figurine of 30 cm height was found and seized. The police arrested the other three looters at the same time.

According to an archaeologist of the Ephorate of Antiquities of Lassithi, the bronze figurine dates back to the 16th-15th c. BC, depicting a Kouros with both arms bent and fists at the chest, a gesture signifying worship. The figurine has long hair, a gilded loin and remains of golden leaves on its legs and the left knee.

The figurine will be handed over to the Ephorate of Antiquities.