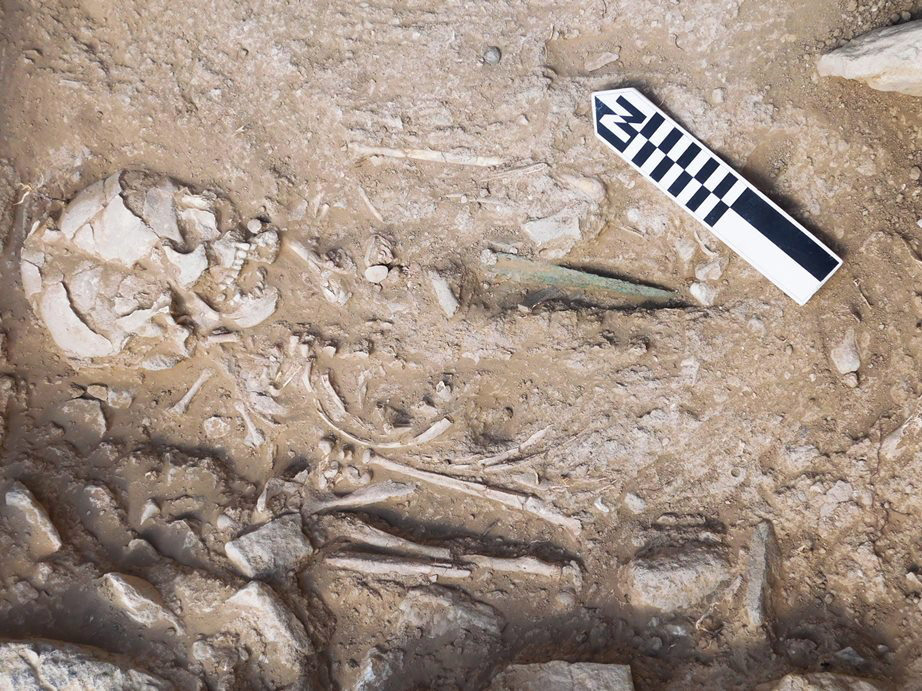 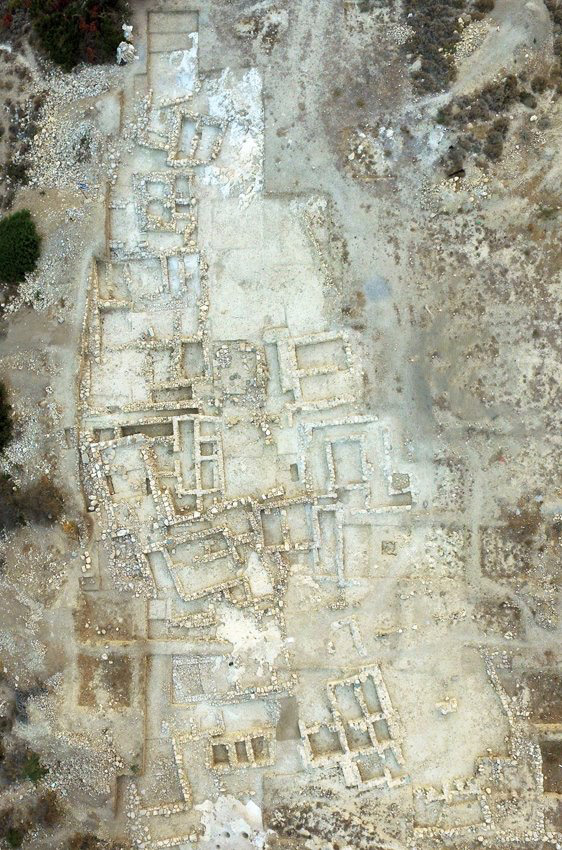 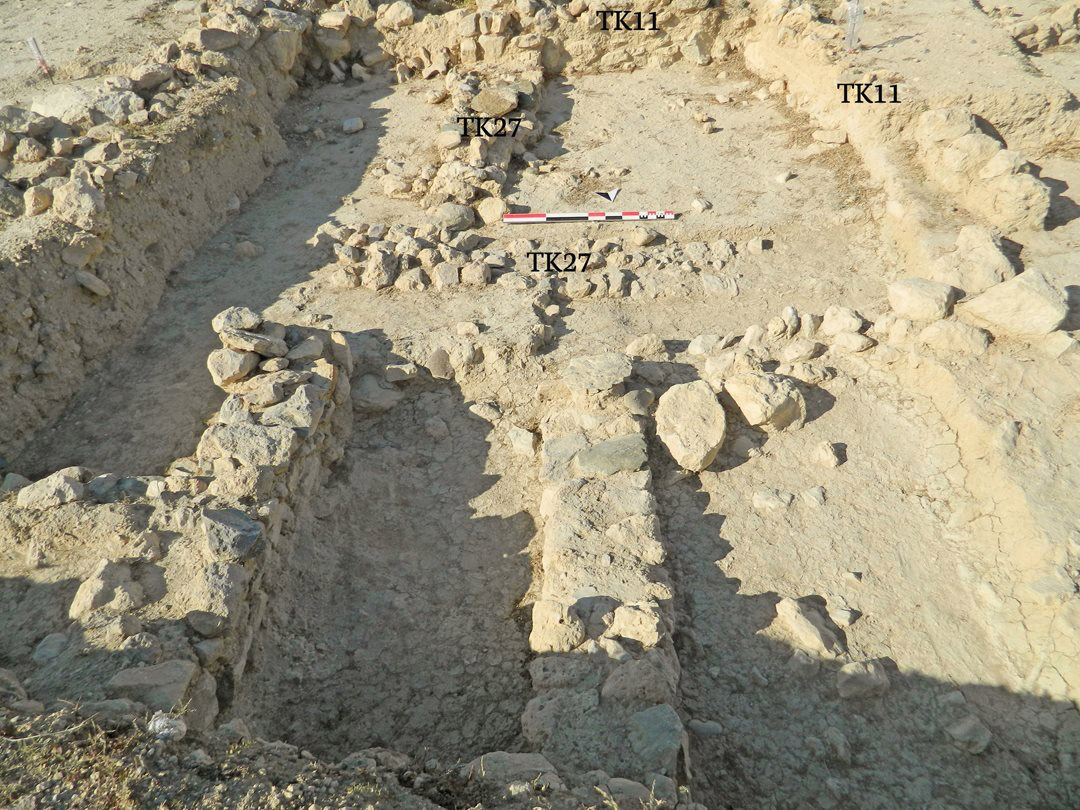 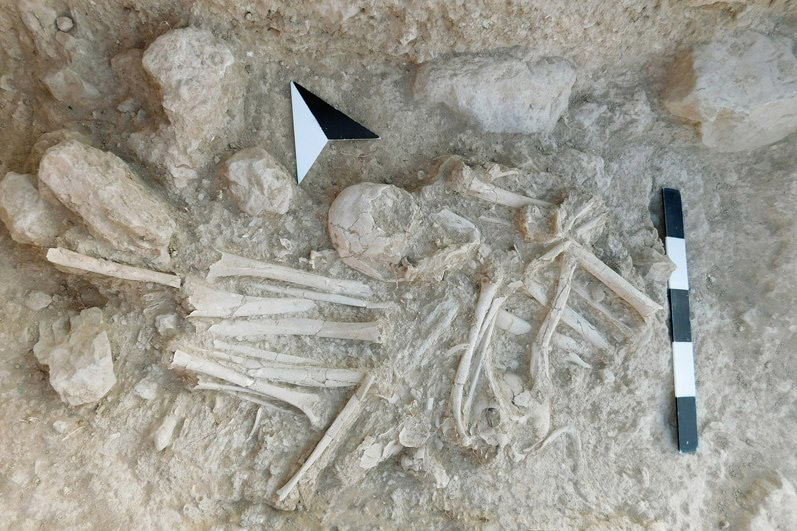 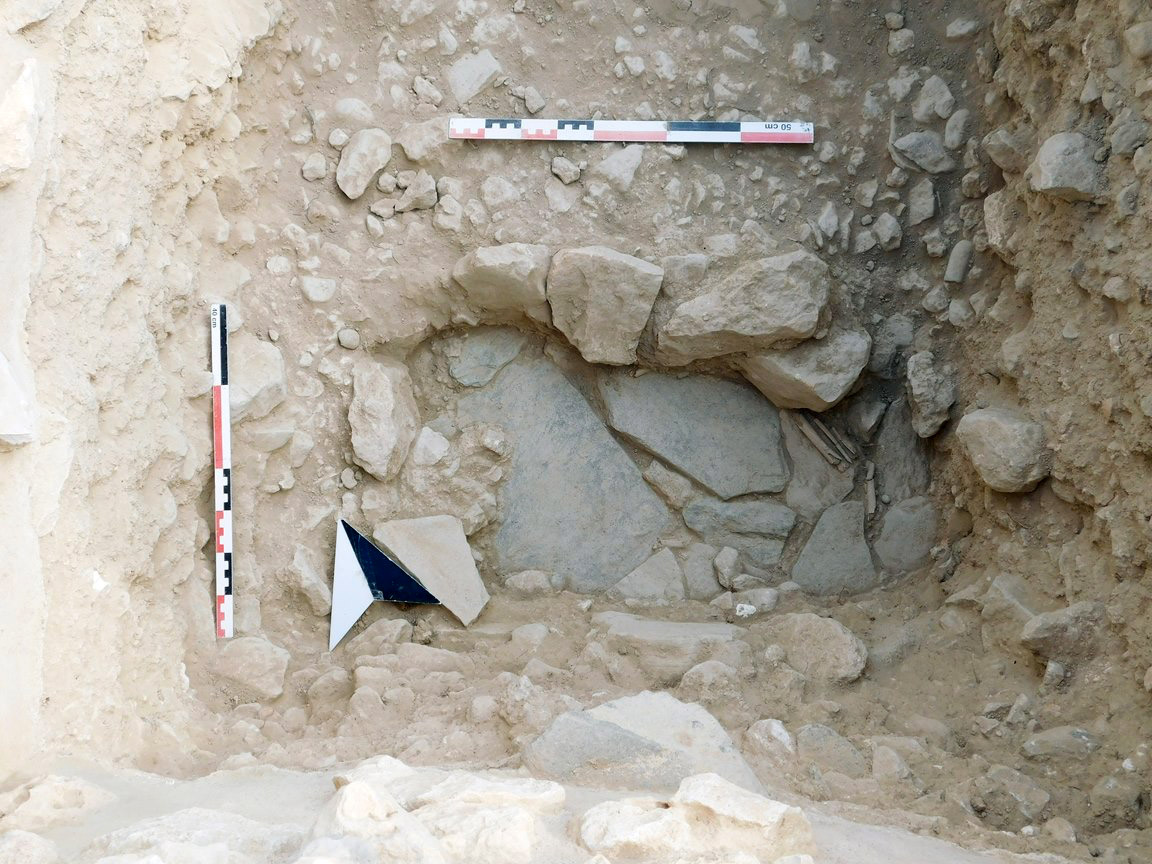 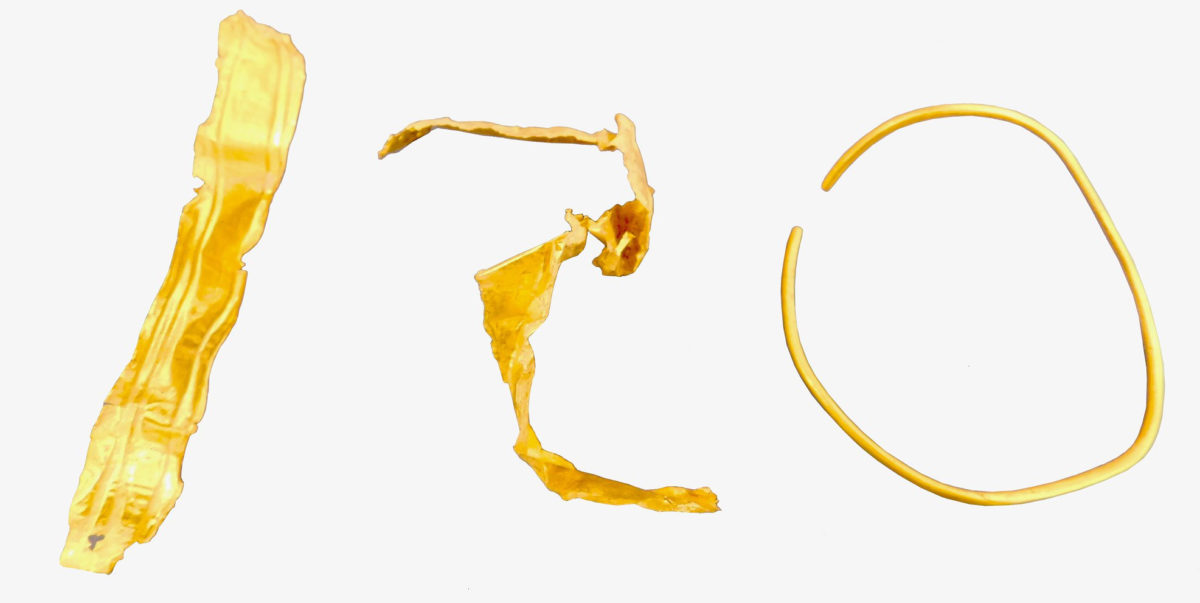 Excavations have been continued for the 14th year

The Pre- and Proto-palatial cemetery at Petras in Siteia (continuously used from 2800 to 1700 B.C.) is being excavated for the 14th year, under the direction of Honorary Head of the Ministry of Culture and Sports, Dr Metaxia Tsipopoulou. The cemetery at Petras has proved by far the largest of its era in Crete, it belonged exclusively to prominent families of the palatial settlement and to date includes 26 funerary buildings of 45 to 150 sq.m. and five burial pits distinguished by irregular stones or small walls. There are also four or five funerary buildings discovered in 2018 but they have not been numbered because their facades have not been entirely excavated. This year moreover a cist grave was excavated of the Protocycladic type unique for Petras, built of vertical slabs made of slate with a floor of the same material. The cemetery also includes two extensive ritual sites (ΜΜ ΙΒ – ΜΜ ΙΙΒ, 1900-1700 B.C.) and two enclosures to the east and west.

The cist grave contained two secondary burials of children under ten years of age and two gold bracelets of fine gold wire. The following finds are especially significant: the Middle Minoan IA pit (2100-2000 B.C.) that contained two very rich burials, a primary one for a man with a grave gift of a bronze dagger, the first weapon of the Petras cemetery, and a secondary one for a woman full of a large number of exceptionally crafted gold beads as well as ones of silver, rock crystal, jasper and carnelian. The Early Minoan II primary burial (2600-2300 B.C) was just as rich, also containing grave gifts of dozens of gold beads with an excellent impressed decoration of spirals, as well as hundreds of gold and silver beads with a 1mm diameter, obviously sewn on a garment.

The skeletal material in the Petras cemetery, both of the primary and secondary graves, is plentiful and very well preserved. It is being excavated by specialist osteoarchaeologists led by Professor Sevi Triantafyllou of the Aristotle University of Thessaloniki, offering a unique opportunity in understanding Pre- and Proto-palatial Crete, both regarding burial practices as well as the organization of society in general.

All graves contain excellent quality grave goods, ceramics, stone vessels (already over 120), seals made of ivory and semi-precious stones (already 65 of them). A finding in 2018, exceptionally significant in terms of architecture, is the discovery of many successive funerary buildings in stratigraphic sequence. The excavation of the earlier ones has begun and in some cases has been completed this year. It was found that the earlier funerary buildings had definitely not been harmed by the construction of the later ones.

The grave backfillings were in all cases well preserved and very rich, including an exceptionally large number of ornate jewellery made of gold, silver, faience, ivory, carnelian, jasper, rock crystal, and other semi-precious stones. Quite a few burials, both Pre-palatial and Proto-palatial were linked with over 200 beads of which the larger ones belonged to necklaces and the smaller seemed to have been sewn onto garments. Some beads, with either human or animal figures, are masterpieces of Minoan micro-sculpture, while others indicate strong ties with the Eastern Mediterranean. The study of jewellery of Petras doubtlessly opens new paths regarding the understanding of Minoan micro-sculpture, as well as the influences it received from regions both in the rest of the Aegean and the Eastern Mediterranean.

Petras had a large harbour and during the Pre- and Proto-palatial era was the gateway to Eastern Crete for raw materials, artefacts and ideas mainly from Syria and Egypt.

In the LM IIA (14τη c. B.C.) following the destruction of the Petras palace, much building activity was observed in the cemetery, related to the bestowing of honours upon the ancestors. This activity lasted till the 12th century B.C. This year an exceptionally well preserved bronze mirror was unearthed from layers belonged to the LM III.

The following participated in the 2018 excavation of the Petras cemetery: 19 post graduate and doctoral students from the Universities of Athens, Crete, Thessaloniki, Kalamata, Madrid, Harvard, Rhodes and Toronto, Professors David Rupp, Miriam Clinton and Sevi Triantafyllou as well as Dr Maria Relaki and nine workmen from Siteia. The research team also includes 26 archaeologists from Europe, the USA and Canada. Funding for the excavation, stabilization work, architecture, conservation of the finds and research comes exclusively from the Institute of Aegean Prehistory, USA (INSTAP).