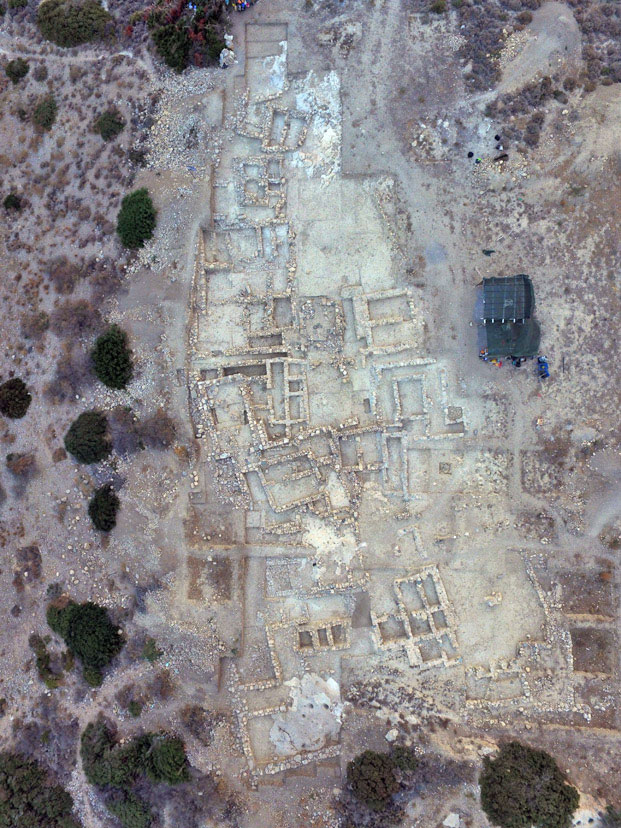 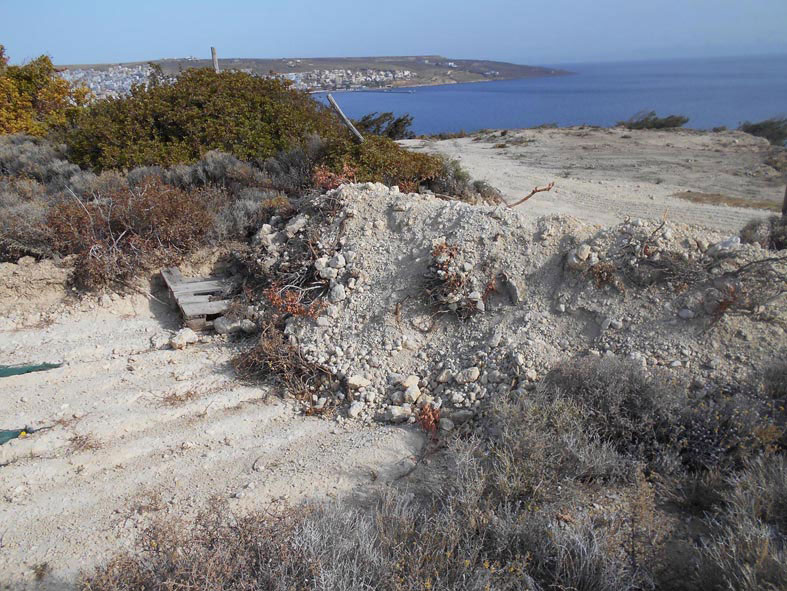 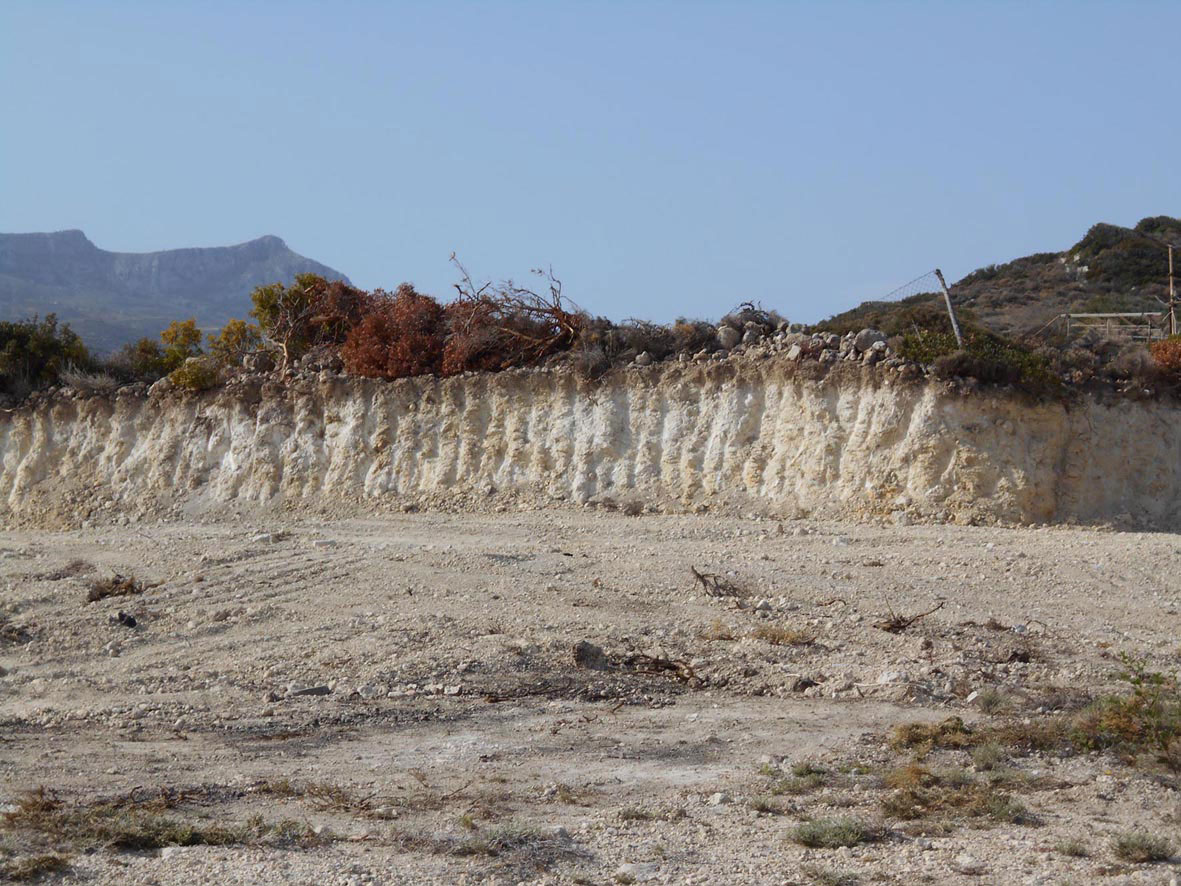 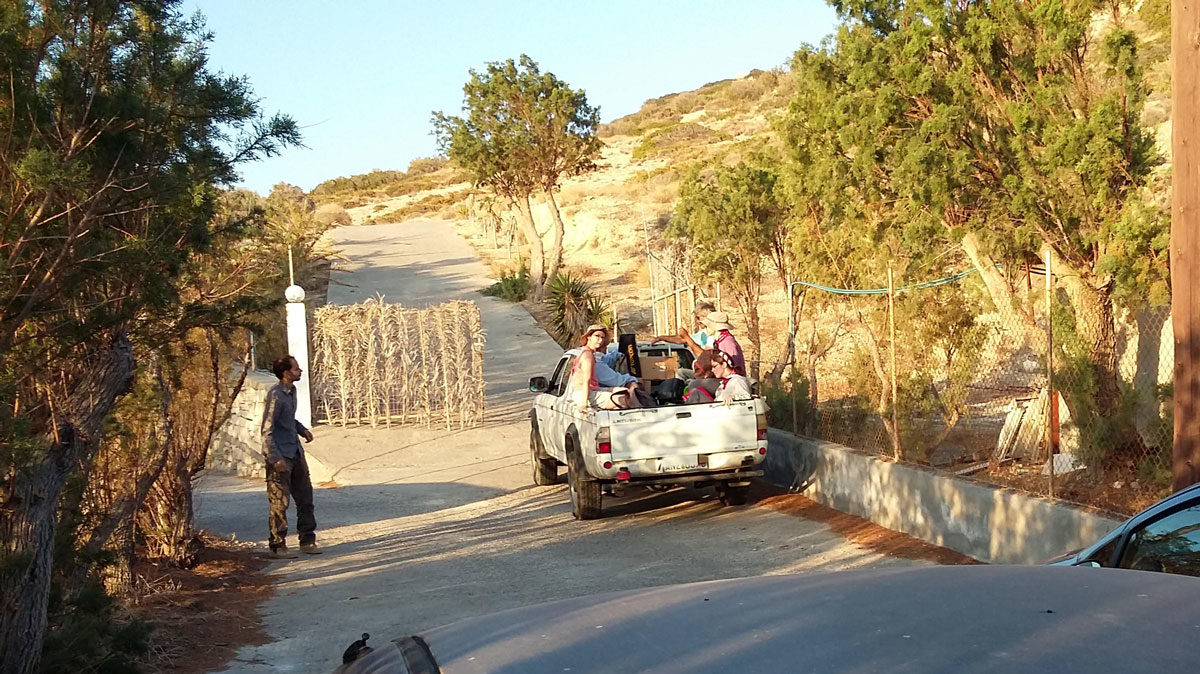 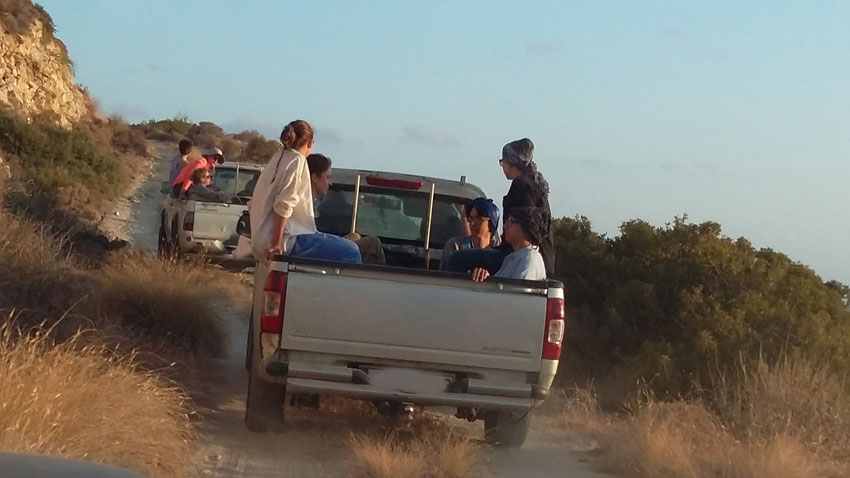 The head of excavations explains us the reasons

In a country whose archaeological wealth is one of its main sources of income, at a time when archaeologists make an impressive entrance into the lives of local communities whose support they are counting on to continue their important work, an excavation is now confronted with the danger of being left incomplete. Not for lack of money, but because it seems that a private citizen can obstruct access to the excavation site.

This is the case in the systematic excavation of the Minoan cemetery in Petras, Siteia, being conducted since 2004 by Metaxia Tsipopoulou, honorary Head of the Ministry of Culture and Sports. Earlier on, specifically since 1985, Ms Tsipopoulou had excavated the town and the Minoan palace, which since 2006 are archaeological sites open to the public. In 2012, a 5 year excavation programme was approved by the Ministry of Culture and in 2017 the permit was renewed for another five years (2017-2021).

As we are informed by the excavation’s head: “The extensive Minoan cemetery so far consists of 17 large funerary buildings (approximately 80-100 m2) dating from 2800 to 1750 BC. It is to date the largest burial assemblage of that era in Crete and the only one being systematically excavated in its entirety in the 21st century using modern methods of excavation, documentation and treatment of the material.

“The Petras cemetery, then used by the elite of the palatial settlement, had not been plundered and has yielded important finds both in quality and quantity, many of which are made of precious imported materials (gold, silver, bronze, ivory, semiprecious stones) and their study essentially changes our knowledge of the Minoan period in Eastern Crete and beyond. Moreover, the uniquely important skeletal material is being excavated and documented by expert palaeoanthropologists from the University of Thessaloniki”.

It should be noted that Petras is being studied by a 30-member international and interdisciplinary team of scientists from 9 countries and several monographs and numerous articles on it have already been published ( for bibliography, see www.petras-excavations.gr and www.academia.edu), while material has been granted to young scientists for post graduate papers and three doctoral theses.

This year’s excavation period is in danger of being lost

As we are informed by Ms Tsipopoulou, the Ministry of Culture and Sports has approved the expropriation of 2.47 acres of land on which the cemetery is located (former Tsakalakis property) which is also part of the boundaries of the archaeological site, (Ministerial Decision YΠΠΟΤ/ΓΔΑΠΚ/ΑΡΧ/Α1/Φ43/16730/888/20-12-2011/Government Gazette 86/Compulsory Expropriations/23-3-2012).

“The land is on a plateau high on the Kefala hill” explains the Head of the Petras Excavation. “The only access to it is via a dirt road about 4m wide which starts from the bypass round the main Siteia to Palaiokastro road (see attached aerial photograph) crossing the adjacent property of Mr Joseph Plakiotakis. Both the road and the property are inside the defined and demarcated archaeological site. This road has been shut with a gate by the above individual and father of the New Democracy MP of Lasithi, who, until 2016, allowed us access by giving us the key to the padlock for the 5-6 weeks duration of the excavation.

“According to the topographic plan made by the Department of Land registration and Expropriation of the Ministry of Culture and the contracts of the Tsakalakis property, this dirt road is RURAL.

“The Ephorate of Antiquities of Lasithi granted Mr. J. Plakiotakis a document (Presidential Decision 02405/ 13.07.2016) stating that ‘This year’s excavation period, which runs from 1-7 until 6-8-16, completes the five-year systematic excavation programme at the Kefala site in Petras’ and that ‘Our Ephorate has no ownership rights to the passage that is within your property.’ In 2017, Mr. Plakiotakis allowed us access because of this document, but only after a great struggle and pressure from many sides. He did not however let the workers take the tools and materials used for stabilizing the walls.

“I have secured both the renewal of the permit for a systematic excavation from the Central Archaeological Council and also, sufficient financial aid from the US based Institute of Aegean Prehistory which funds the majority of Prehistoric excavations in Greece and supports the excavation at Petras from 1987 to the present.

“It is important for excavations of this unique cemetery to continue this year since all necessary preparations have been made , the personnel- 40 people from 6 different countries – has booked tickets and a deposit has been made on the rooms where we will be staying for 6 weeks, from July 1 to August10 ″.

“I should point out that the cemetery area is without walls and the danger of illegal excavations very real, while the Ephorate of Lasithi itself has no access to the monument it is obliged to protect.

“We use agricultural vehicles in the excavation, to transport personnel, tools, instruments and finds, a truck and loader to remove debris and transport soil samples for flotation (7,500 large bags), as well as a concrete mixer for the preparation of mortar for stabilizing works.

“During the previous week Mr J. Plakiotakis operated a bulldozer on his property directly in the area being excavated and in the demarcated archaeological site. Till Friday afternoon, the Ephorate had not pressed charges as required by archaeological law”, said Ms Tsipopoulou.

According to the latest developments in the case, Ms Tsipopoulou was informed that a warrant will be issued to the Ephorate of Antiquities of Lasithi for the opening of a new road allowing trucks and loaders to pass through and to access the excavated plateau. The western side of the hill, however, apart from being extremely steep, belongs to owners we are not sure have accepted a road being opened through their properties. Indeed it is very likely that, when this road is opened, antiquities will be found which must be directly excavated. The only solution for the excavation to continue and be completed is to give the Ephorate a key to the gate that blocks the rural road, so that the research can continue smoothly and the Ephorate is able to protect the site by having direct access to it whenever necessary.