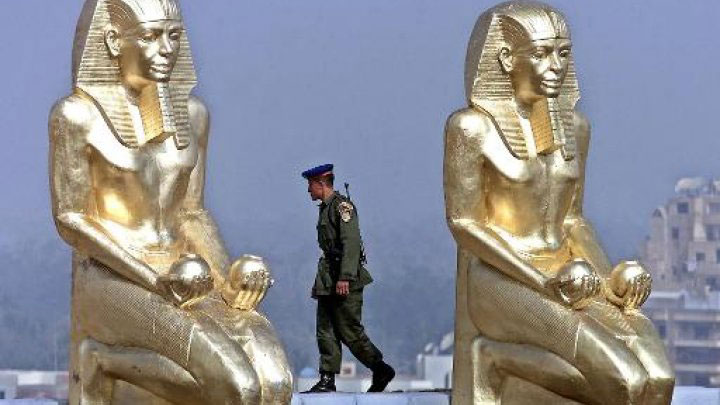 Two members of staff arrested for forging antiquities in Egypt

They are accused of replacing artefacts with replicas

Two curators at the National Museum of Egyptian Civilisation in Cairo were arrested on Tuesday for forging artefacts under their supervision at the museum’s galleries. They are accused of stealing the artefacts and replacing them with replicas, according to a statement by the antiquities ministry on Wednesday and the director general of the NMEC.

“Two curators were arrested while replacing a pharaonic statue of (fourth dynasty) King Menkaure, discovered in Luxor’s Karnak temple, and an ancient Islamic lantern with fake ones,” Antiquities Minister Mamdouh al-Damaty said in a statement.

Khaled El Anani, director general of the NMEC, ordered an immediate inventory of the gallery the two curators were responsible for by an archaeological committee.

The police tracked the two members of staff after ancient Islamic artefacts stolen from the museum’s storage area were put up for auction in London.