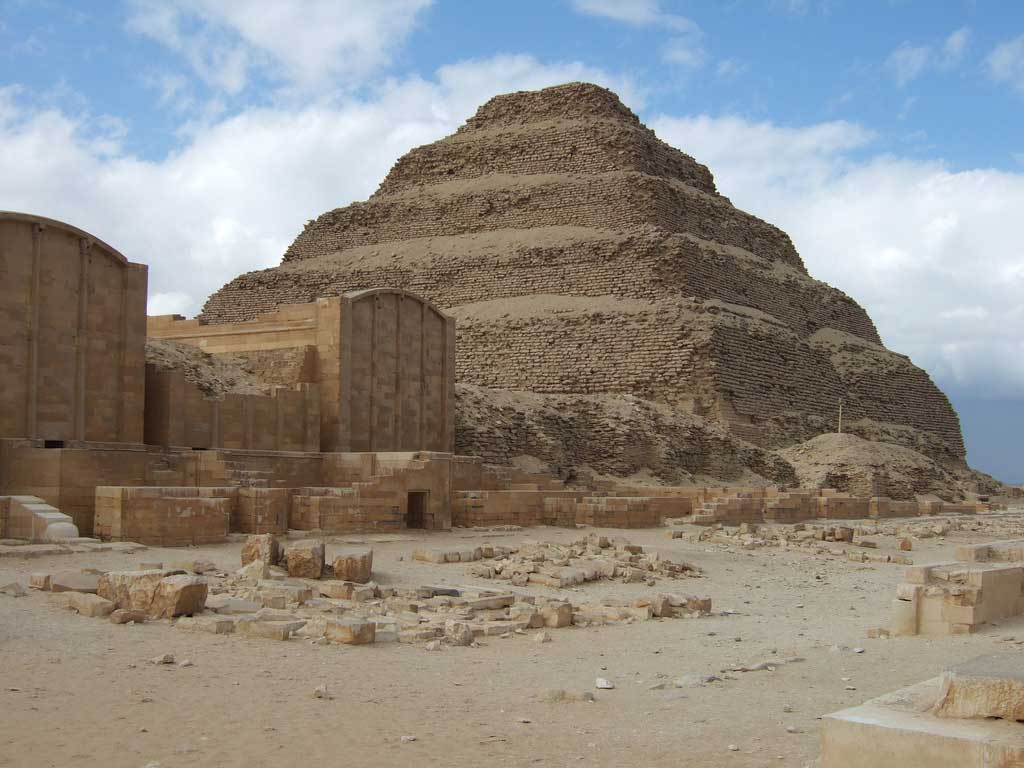 On the road to Egypt’s Djoser step pyramid at Saqqara there’s not a trace of a tourist anywhere, and a handful of trinket and souvenir salesmen sit on a metal railing hoping for a lucky break.

The uprising that overthrew former president Hosni Mubarak in February 2011 dealt a serious blow to Egypt’s vital tourism sector, and a year on, visitors have been slow to return to this key archaeological site south of Cairo.

“After January 25, tourism stopped. There’s no more work,” laments Saad Darwish, who sports around a dozen of the baseball caps he has for sale, one atop another, on his head.

In ordinary times, around 1 000 tourists a day would be flocking to Saqqara, one of the oldest and richest of Egypt’s many archeological sites.

But these days the numbers range from a handful to about 200, according to vendors here.

Darwish, the father of five children between the ages of four and 21, estimates he needs to earn “100 pounds minimum” each day – around $16 – to keep his family afloat.

“At the moment, I don’t earn more than five, 10, 20 pounds a day. I don’t always have money to buy food. I go to the shop and they let me buy on credit. When I have a little money, I pay them back,” he says.

Adel Abdel Hadi, stands waiting for tourists in his grey galabeya – the traditional Egyptian robe – his head wrapped in a red scarf. He and his donkey once took tourists across this vast site, but since the uprising, there have been few takers.

Pointing towards his animal, he says sadly: “If I eat, he eats, if I don’t eat, neither does he.”

The vendors say whatever meals they do get are made up of bread and the ubiquitous Egyptian bean dish known as ful. Meat, once a regular part of their diet, is no longer an option.

“The government hasn’t done anything, they aren’t giving us money,” Darwish says.

Despite the hard times, there’s little in the way of bitterness about the uprising itself.

It may have deprived many of the living they used to enjoy, but it’s given them “freedom,” points out Mansour Faheem, 46, who sells alabaster statues.

Among the vendors, there is excitement about the country’s upcoming presidential election, the first since the uprising.

They are hoping that the vote, on May 23 and 24, will mark the end of a post-uprising transition, and perhaps mark the gradual return of tourism.

Abdel Hadi is hoping that whoever the new president is he’ll take on corruption, saying that under Mubarak vendors were forced to “transfer half their profits to the police.”

But the top priority for all the merchants here is security, without which they say tourists will continue to stay away.

“If the tourists see that the country is stable and safe, they will return,” predicts Amir Samir, a tourist guide.

With Samir is American tourist Jorge Vasquez and his wife, who have come from Miami despite the unrest that has kept others away.

Vasquez expressed ambivalence about the pleasures of visiting one of Egypt’s top tourist destinations in near isolation, a rare experience before the uprising.

“(I’m) happy and not happy at the same time: happy I’m not standing in line and sad that no people are here,” he said.

“People are wrong about Egypt. Egypt deserves a second chance. It is a beautiful country, with beautiful people,” he added. “Tourists should support this economy and enjoy the beauty and history of Egypt.”

Tourism minister Munir Fakhry Abdel Nour told AFP he was “optimistic” about 2012, which should climb to reach the record figures of 2010.

“Hotel occupancy in Cairo is improving,” he said, conceding it still wasn’t “huge.”

The rise is faster in Sinai and at the Red Sea resorts, “which continue to make up 85 percent of tourism,” at the expense of the historic destinations of Luxor and Aswan which were badly hit.