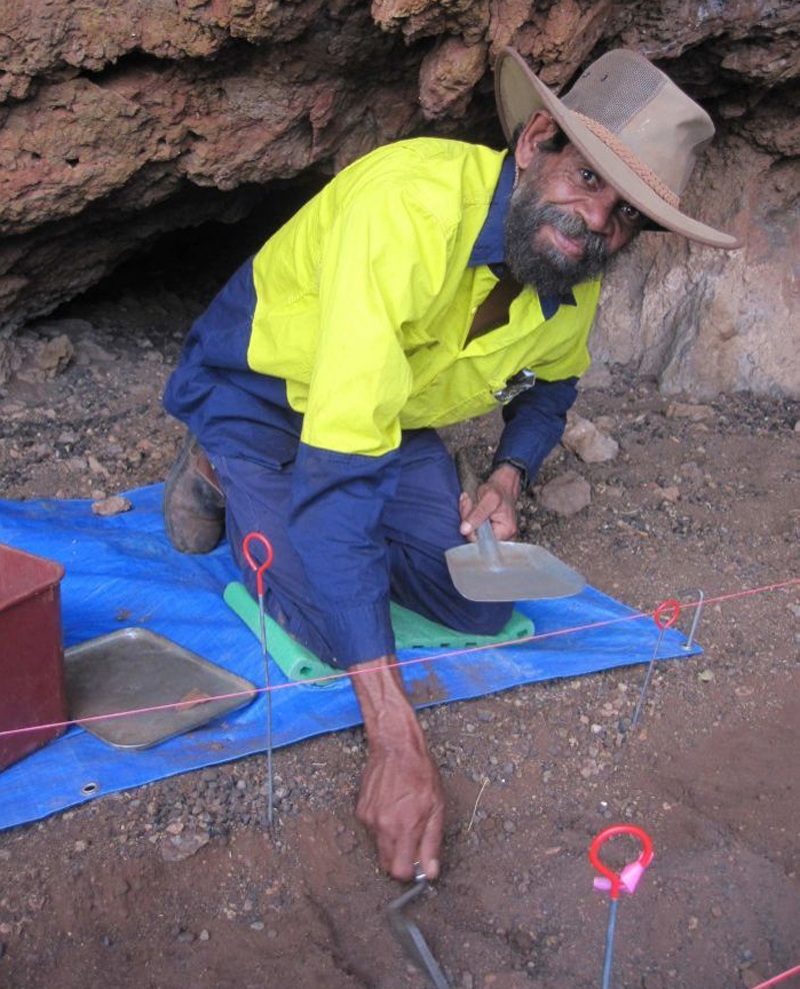 A rock shelter in the Weld Range provides evidence of the oldest human occupation in the Mid-West region of Western Australia, a research project partnered between The University of Western Australia and Wajarri Traditional Owners has discovered.Funded by the Commonwealth Government and in collaboration with Wajarri heritage company Ethical Engagement Consultancy, the research project ‘Weld Range Web of Knowledge’  found new evidence to suggest that ancestors of Wajarri Native Title claimants have been present in the Mid-West region for more than 30,000 years.Samples for radiocarbon dating were collected by Wajarri Traditional Owners and archaeologists from UWA during an excavation at a Weld Range Aboriginal site 50 kilometres northwest of Cue township in May last year.The Weld Range is home to the extraordinary and national heritage listed site of Wilgie Mia Aboriginal Ochre Mine and the area’s rich and diverse archaeological record has a high cultural significance to Wajarri Traditional Owners and neighbouring groups who maintain cultural links to the area.Wajarri Elder Colin Hamlett said it was exciting to confirm that Wajarri had been living in the Mid-West for 30,000 years from charcoal associated with stone artefacts at the Yalibirri Mindi rock shelter.UWA Archaeologist and Project Coordinator Viviene Brown said up until now the Mid-West region had been an enigma.“The history of Aboriginal occupation to the north in the Pilbara, south at places like Devil’s Lair and to the east in the Western Desert has been well established for many years but the handful of excavated sites in the Mid-West are all relatively young,” she said.  “This new date from Yalibirri Mindi rock shelter pushes regional occupation by 20,000 years and is enormously important for the archaeological community.”Ethical Engagement Consultancy Co-Director Raina Savage said she was proud to support the research which confirmed what the Traditional Owners had always known – that Weld Range has been the centre of spiritual and cultural life for Wajarri people since ancient times.