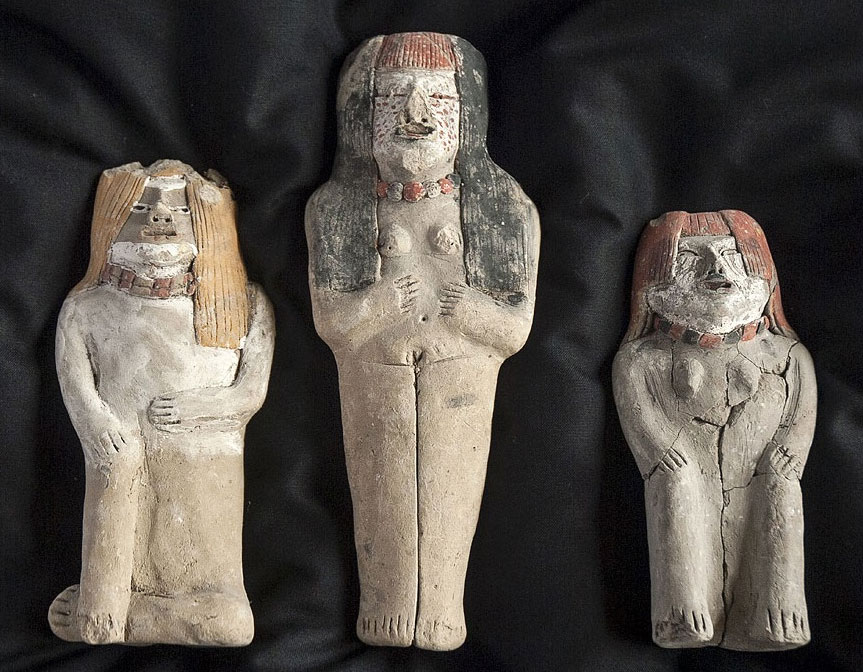 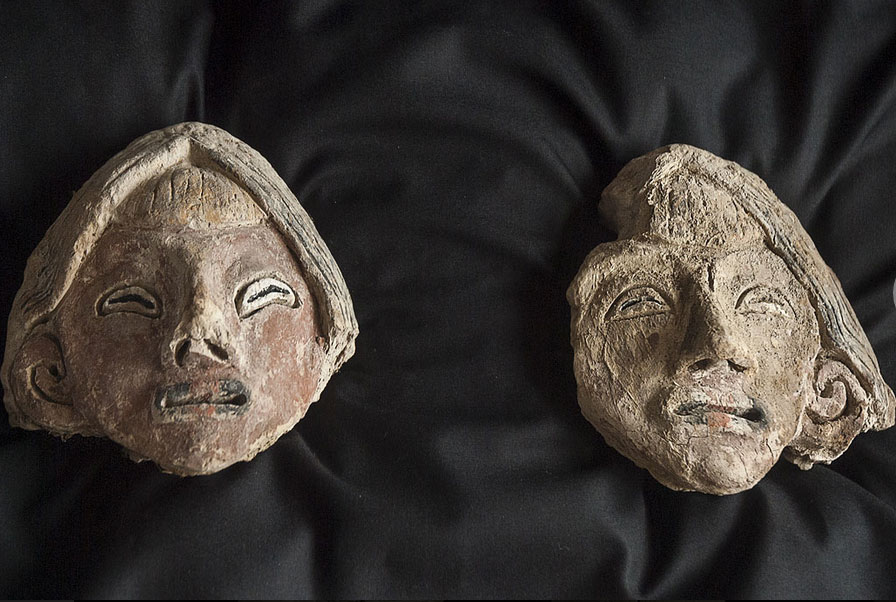 Three Caral civilization figurines and two clay heads were discovered in Peru, inside a reed basket in a building located within the ancient city of Vichama.

The discovery was made by a team of archaeologists, led by Ruth Shady, Director of the Caral Archaeological Zone (HAZ), in the Archaeological Site Vichama, located in the district of Vegueta, of the Huaura province in Lima.

The findings are 3,800 years old. Researchers believe that the figurines were offerings of high symbolic significance for the people of Vichama and used in rituals performed before breaking ground on a new building. They were found facing each other.

The mud statuettes depict two women and a man. The male figurine is naked and has traces of white pigment on the face and the body. It is featured sitting cross-legged with yellow hair falling over its shoulders and wearing a beaded necklace. One of the women is also naked, depicted standing, while her face is painted with white stripes and her lips are black. Her hair is red and she is wearing a black and red beaded necklace. These two statuettes are believed to have been political authorities of high status.

The third figurine, assumingly a priestess because of her posture, the ornaments and the featured polydaktyly (she is featured with 28 fingers), is much larger than the other two. The face is painted with red dots, the hair is black with a red fringe. The priestess is also wearing a necklace.

Apart from the figurines, two female clay heads were found at the site. The heads were wrapped in tissue and were covered in yellow, blue and orange feathers – possibly from macaws.

The Caral civilisation first emerged about 5,000 years ago and covered an area of over 60 hectares, with around 3,000 inhabitants. It was abandoned around 1800BC for unknown reasons.