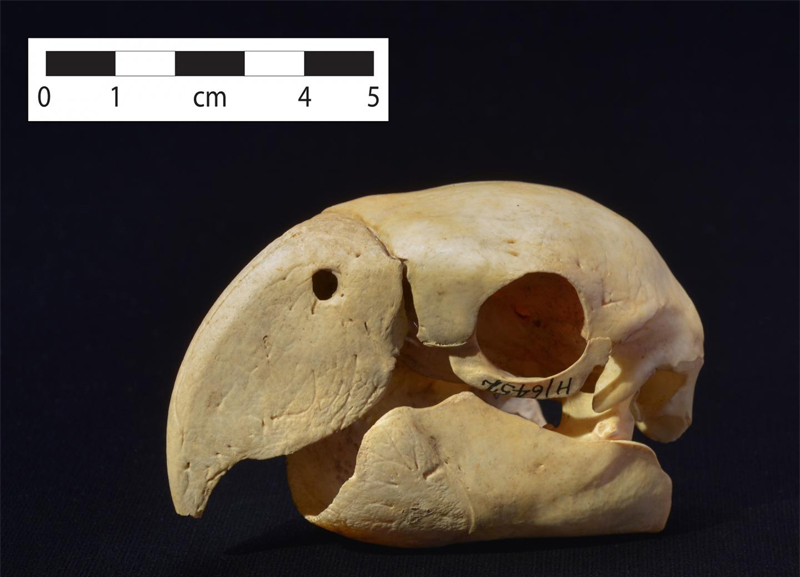 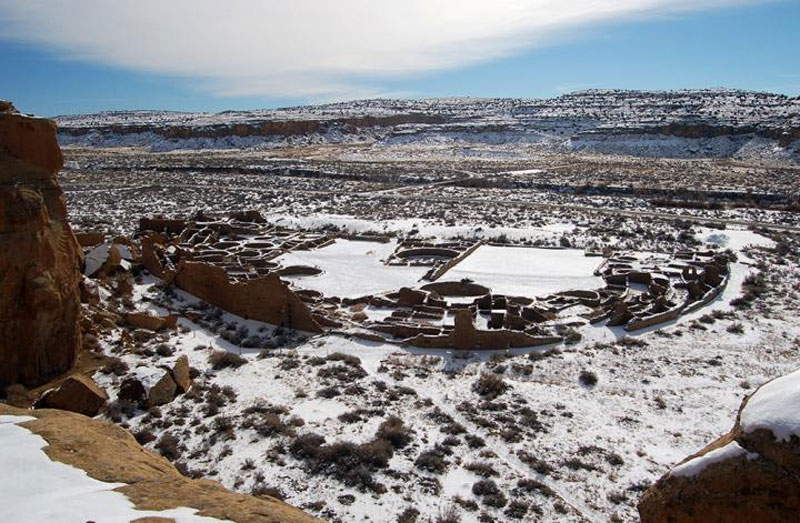 Carbon 14 dating of scarlet macaw remains indicates that interaction between Pueblo Bonito in Chaco Canyon, N.M., and Mesoamerica began more than 100 years earlier than previously thought, according to a team of archaeologists.

‘There is still lots to learn from Chaco Canyon,’ said Douglas J. Kennett, professor of environmental archaeology, Penn State. ‘Past dating has been too reliant on tree-ring dates, so we are going back into the collections and targeting objects like the scarlet macaws that can be radiocarbon dated.’

Excavations at Chaco Canyon began in the late 1800s, and by the early 1900s, thousands of artifacts had been shipped back east, many to the American Museum of Natural History in New York City. The researchers sampled scarlet macaws from these archives. They report their results in June 22 online issue of Proceedings of the National Academy of Sciences.

Built in stages, Pueblo Bonito’s start date, taken from tree ring dates and pottery assemblages, is thought to be in the ninth century, but the pueblo and other structures in the canyon at that time were very small and architecturally unassuming. The architectural florescence in the canyon began around 1050 and ended at 1130, and archaeologists have assumed that increases in socio-political complexity occurred during the same time period. The abilities to build massive architecture and to trade over long distances for ritual or status objects such as scarlet macaws, turquoise and copper, are usually assumed to have been coupled with this increased complexity.

The researchers noted that recent accelerator mass spectrometer (AMS) carbon 14 dating of burial remains associated with large numbers of prestige items in the oldest section of Pueblo Bonito date to between 775 and 875, far earlier than the 1040 date previously assumed. The existence of large quantities of ritually important, prestigious material so early and buried with two people, suggests that social complexity at Chaco Canyon began much earlier than previously assumed, according to the researchers.

Unlike turquoise or copper, scarlet macaws can be directly radiocarbon dated, and recent advances in AMS technology now allow the use of very small samples and provide date ranges that are far narrower than were possible in the past. There are 35 known scarlet macaw specimens from Chaco Canyon, 30 of them found during excavations at Pueblo Bonito. The researchers tested 14 specimens from Pueblo Bonito and found that one group of six macaw dates fell between 885 and 990.

According to the researchers, ‘these scarlet macaws are among the earliest known in the Southwest.’ They also note ‘these six dates are 50 to 150 years earlier than the dates for scarlet macaw procurement previously postulated by Chacoan scholars.’

Another six macaws date between 970 and 1035, and the final two date between 1015 and 1155. The researchers suggest that these macaws could represent three separate procurement events, the last during the height of architectural growth, but the earliest, long before outward signs of sociopolitical complexity were thought to have appeared.

There are no indications that the people of Pueblo Bonito bred scarlet macaws. Only one of the sample birds was of breeding age and none were exceptionally young. There is also no mention of eggshells in any of the excavation notes, although one room where many of the bird remains were found was probably an aviary.

‘This opens a lot of questions,’ said Kennett, who is also a research fellow at the American Museum of Natural History. ‘How was it done? Where were they getting them from? How likely was it that Southwestern people were going down into Mexico and bringing them back?’

A variety of ways exist to procure goods from far away. Individuals may journey directly from their homes to the location of the goods and then return, or people closer to the source of goods may travel to get them and then pass them on to others farther away, creating a chain of supply that reaches far from the source. The researchers suggest the latter option is unlikely because of the behavior of fledgling scarlet macaws.

‘The modern illicit bird trade has made DNA evidence of a variety of tropical birds available,’ said Kennett. ‘This may make it easier to determine where the birds came from.’

The researchers will next examine scarlet macaw remains from Pueblo Bonito now housed at the Smithsonian Institution.