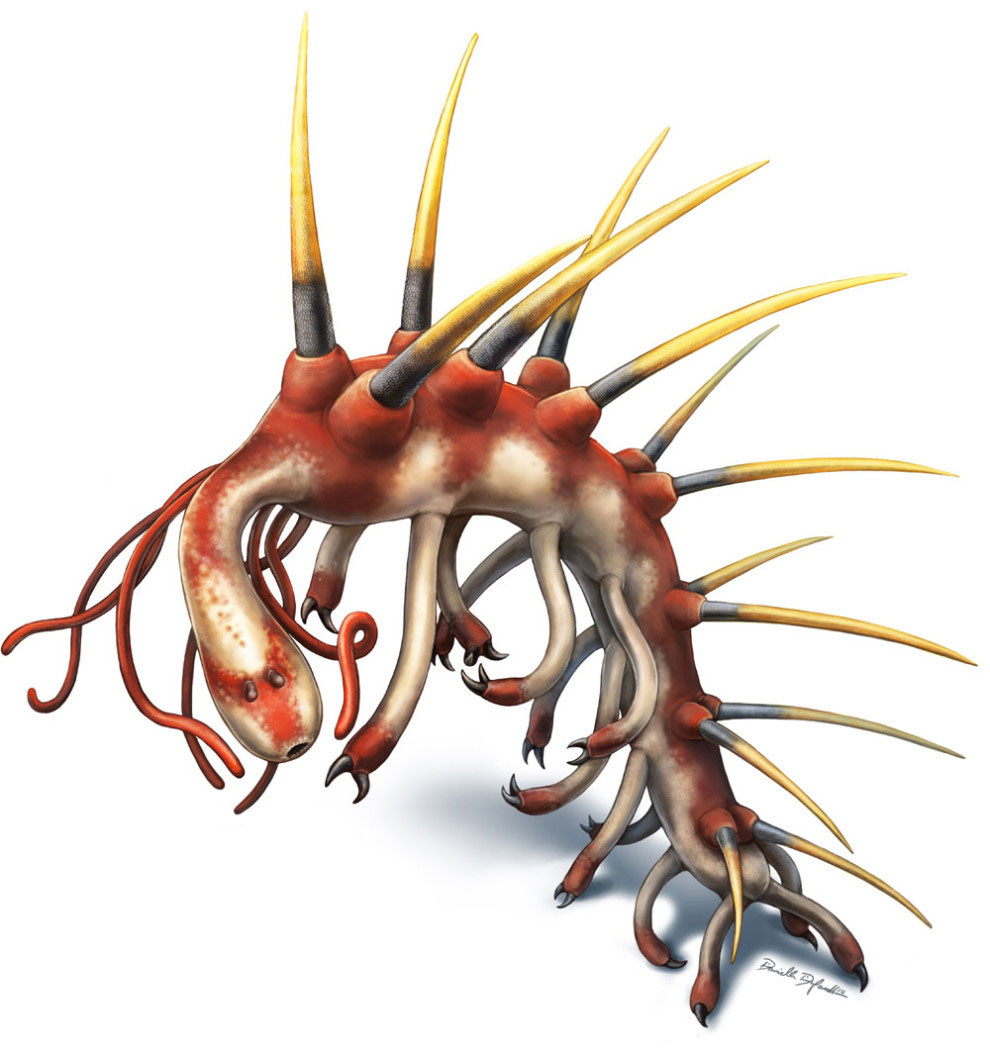 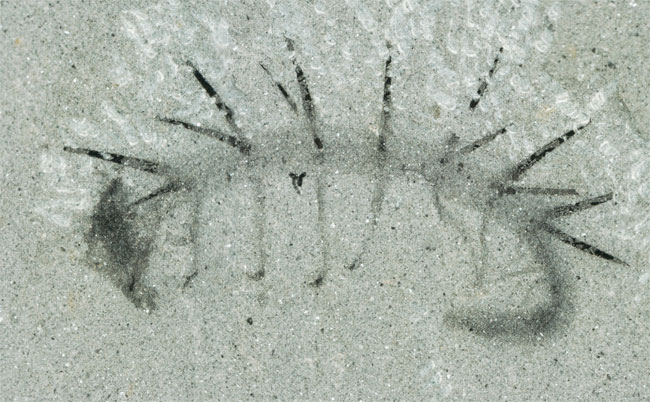 Scientists can now say which way its head stood

A fossil from Canada has finally allowed baffled scientists to say with certainty which side the animal’s head was. Hallucigenia, named after its bizarre appearance, lived about 508 million years ago, while the first fossil was discovered by British palaeonotlogist Simon Conway-Morris in 1977. However, until today, scientists had been mystified by this odd creature, as they couldn’t define with precision some of its features, nor where its head stood.

Now, new specimens, unearthed in Burgess Shale, Canada, reveal the animal’s strange face. The creature was microscopic, less than 2cm long, and thinner than a hair, with one side of its body covered in pairs of enormous spines and clawed appendages on the other.

Dr Martin Smith, from the University of Cambridge, and Dr Jean-Bernard Caron, from the University of Toronto, who carried out the study, say that only recently scientists could decipher which way were its feet and which its back. The two ends of the long creature were also a mystery until now, as a rather large orb at one end of the specimen was thought to be the head. Now scientists realise that it was just a dark stain of decay fluids or gut contents that left a mark after the animal was buried and fossilized.

The new specimen has now revealed a spoon-shaped head with a pair of tiny eyes and a ring of teeth inside the creature’s mouth, along with another set of teeth running from its throat down towards its stomach. Scientists believe Hallucigenia used its odd mouth arrangement to suck up food, and then move it down to its gut.

The discovery is pretty significant, as it can provide an insight to the origin of velvet worms, a significant group that includes insects, spiders, scorpions, centipedes, worms and many other species. It can also provide significant feedback on the Cambrian Period.

The study has been published in the science journal Nature.