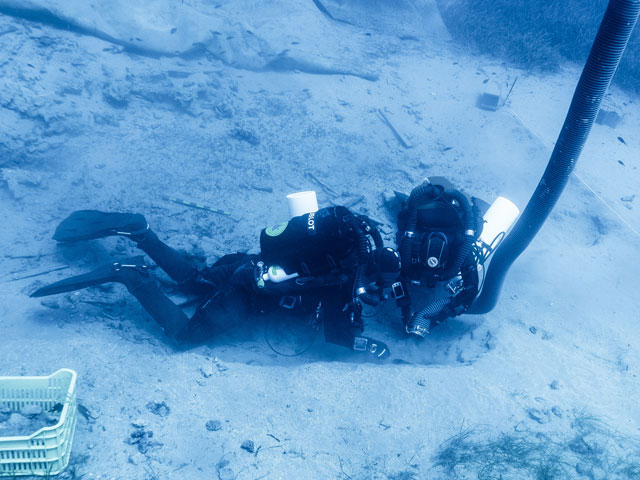 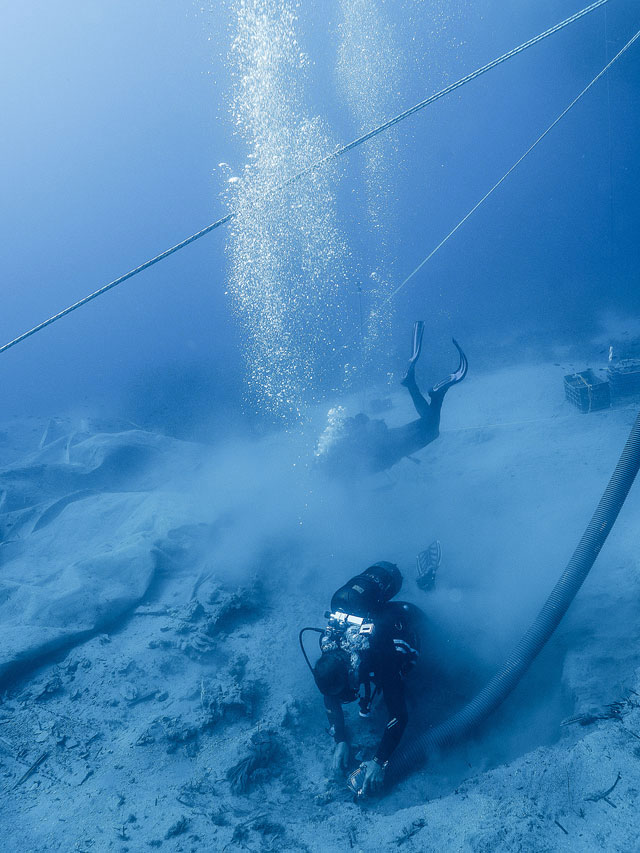 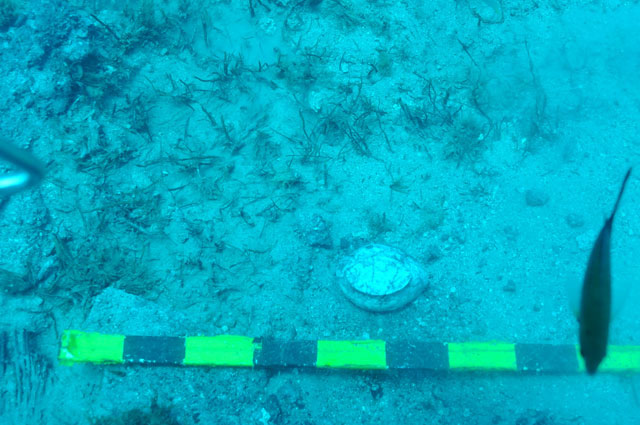 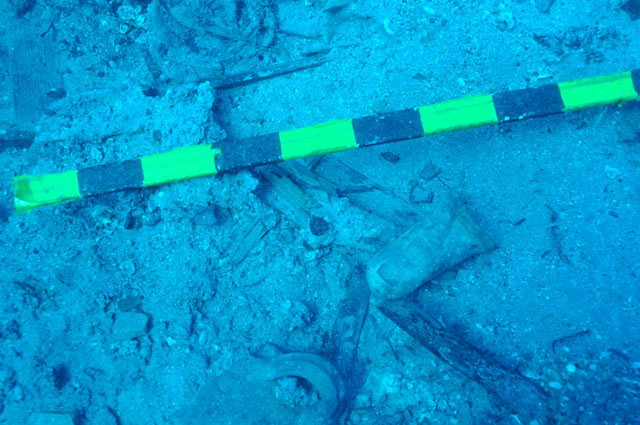 Another cycle of underwater excavation around the “Mentor” shipwreck near Kythira island has been concluded yielding evidence that the ship that carried other antiquities besides what has already been discovered so far. Excavations took place in June 26-July 12 and focused on the western boundary of the shipwreck.

Mentor had set to travel to England but in September 1802 sunk at the entrance of the port of Avlemonas, Kythira. It probably carried antiquities collected by Earl of Elgin team, besides the Parthenon sculptures destined to Britain. Since underwater excavations started at the site, various fragments have been discovered indicating that other antiquities were carried.

This year’s excavations focused on the western boundaries of the surviving part of the shipwreck towards its bow, where fragments of Egyptian sculptures had been discovered in 2013. In the defined section parts of wooden structure were found, potentially associated with the ship itself, but not very well preserved. Other objects related to the ship were also found, such as an hourglass, several plate fragments and a disc, part of a pulley, but also personal items such as a seal bearing the letter “B” or a bone chess piece and fragmetns of a bone comb. Of particular interest were three handles of amphorae from Rhodes, dated to about 3rd century BC, as well as an intact stone vase.

Research has been exclusively supported by the Kytherian Research Group, with participation from the Ephorate of Underwater Antiquities. Members from the Antikythera Shipwreck Research Group also participated in the excavations helping with the progress of the excavation due to their high technology diving equipment.