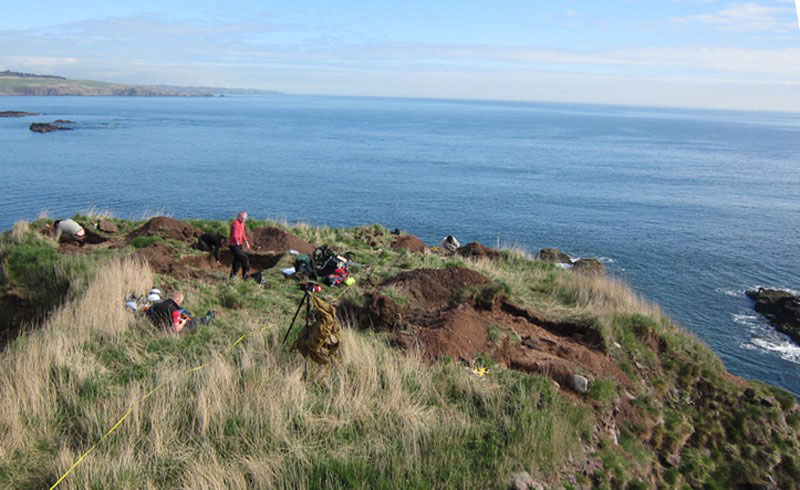 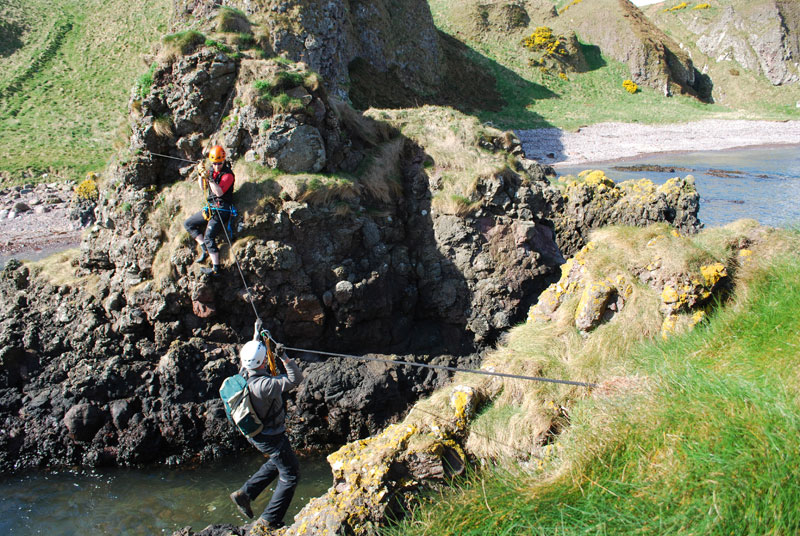 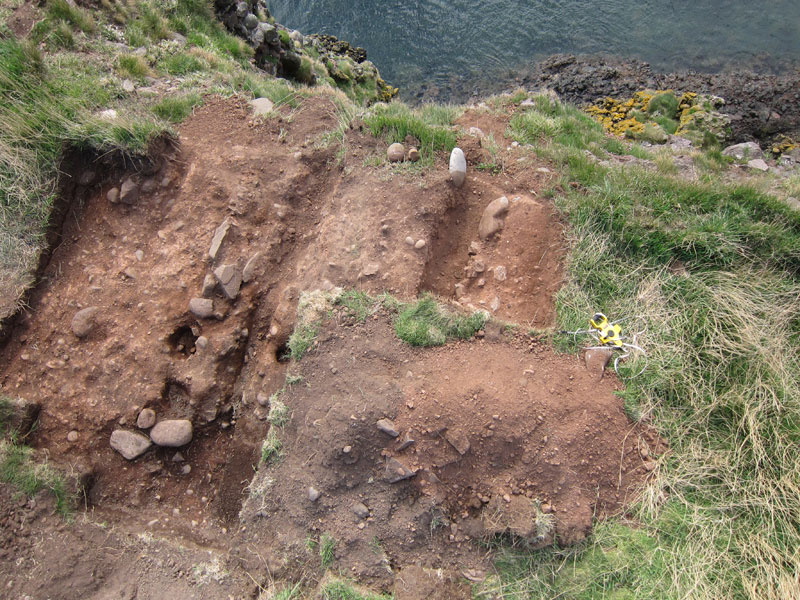 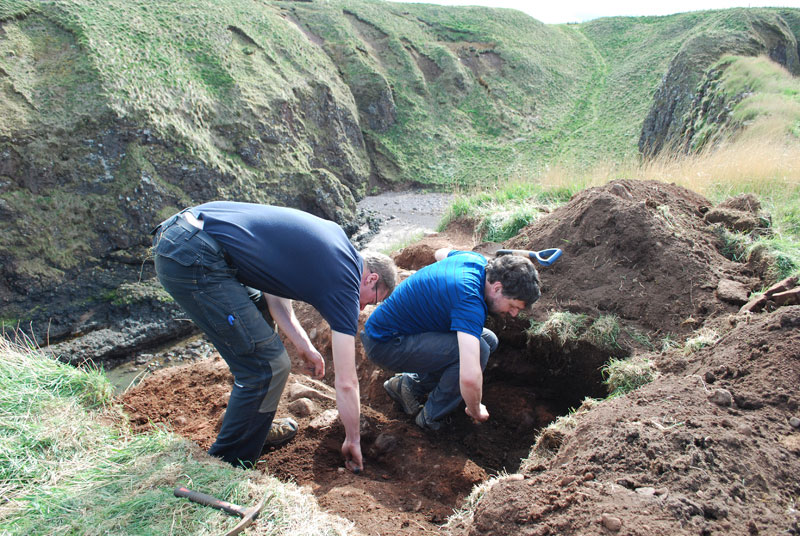 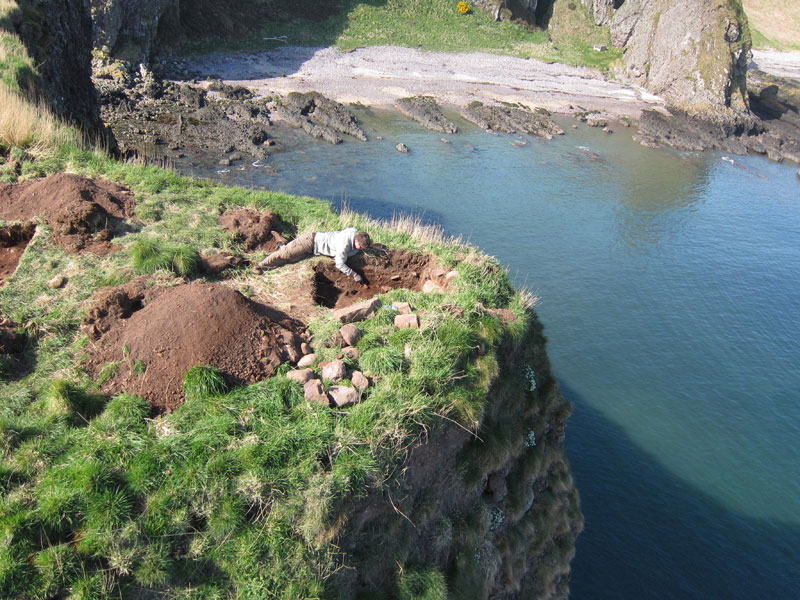 It was hidden on a sea stack in Aberdeenshire

Archaeologists in Scotland have confirmed that an inhospitable sea stack on the Aberdeenshire coast is the site of the earliest Pictish Fort. The Fort, after carbon dating, is found to date to the third or fourth century, predating the iconic Dunnottar Castle. Excavations at the sea stack to the south of Stonehaven, known as Dunnicaer, were performed by the University of Aberdeen in April.

The team led by Dr Gordon Noble, a Senior Lecturer in archaeology at the University of Aberdeen with the help of experienced mountaineers, reached the outcrop, which measures at most 20 by 12 metres, and started surveying. They dug five trenches which yielded a number of exciting finds, including evidence of fortified enclosure walls and terraces and the remains of a stone hearth.

Dr Noble described the sea stack as an ‘exceptional archaeological find’ and said consistency across the samples dated meant that they could be ‘confident it was one of the earliest fortified sites occupied by Picts’. He also described the whole expedition as the “most extreme archaeology” he had done, since the site can only be accessed using ropes at low tide.

The first attempt to investigate the remote site was made in 1832, when a group of youths from Stonehaven finding only a number of decorated Pictish symbol stones and as they were throwing them into the sea, noticed some were also carved. Several years later some of the stones were recovered from the sea and the carvings on them were studied. They were however, ‘rough and ready’ compared to other known Pictish symbol stones and this prompted the team to excavate the site.

Scientists believe that Dunnicaer was a significant fort at the time, since there is evidence of ramparts, particularly on the south side, constructed of timber and stone, which is consistent with the style of later Pictish forts. The sea stack was probably greater in size than it is today, as the fort appears to extend over a large area. But the results of the carbon dating also suggest that use of Dunnicaer was relatively short-lived and it is assumed the Pictish communities who inhabited it moved on to the larger site of Dunnottar Castle to the south.

Dr Noble said: “We sent a number of samples from different trenches for analysis. All the results point to the 3rd or 4th century. Not only does this tell us that this is one of the earliest early medieval fortified sites known in northeast Scotland, it also indicates that even at that time, the sea stack was probably eroding. “It is likely that it became too small and the communities who built it moved along the coast to what is now Dunnottar Castle.”

The find is of high significance since, according to Aberdeenshire Council archaeologist Bruce Mann, “Towards the end of the 3rd century AD evidence of how and where people were living largely disappears, leading to all sorts of speculation over what happened during the next 200 years. This discovery now starts to not only fill in that missing story, but also helps us to understand the early origins of the Picts in the north east.”

The members of the Dr Noble and his team, from the University’s Northen Picts group, included Oskar Sveinbjarnarson, Michael Stratigos, Claire Christie, Vanessa Rees and Robert Lenfert, and the specialist Duncan Paterson of North East Mountaineering.