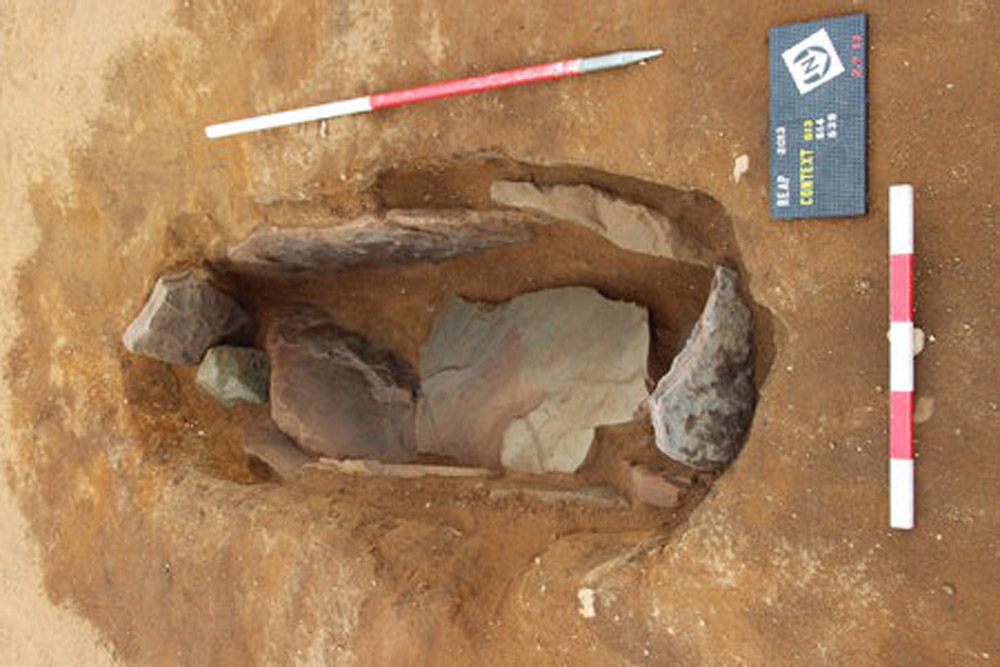 The first King of Scotland?

The remains of what it is thought could be a member of early Pictish royalty have been discovered during an archaeological dig in Aberdeenshire.

The discovery at Rhynie was made by teams from the universities of Aberdeen and Chester.

The remains were found in a carefully made sandstone grave, which the experts believe suggests the person was of high status.

It is the first time remains of a body have been uncovered at the site.

Project leader Dr Gordon Noble, of the University of Aberdeen, said: “We found elements of the legs, pelvis and jaw bone which we recovered and are now analysing in the lab.

“It’s extremely rare to find any human remains from this era in the north east of Scotland as the soil in this part of the world is so acidic.

“One of the graves had been carefully made from split sandstone slabs to create a cist and the stone lining and collapsed capstones helped to preserve skeletal material.

“Unlike Anglo-Saxon areas to the south, the tradition in Scotland was largely for unfurnished burial so we didn’t expect to find rich grave assemblages.”