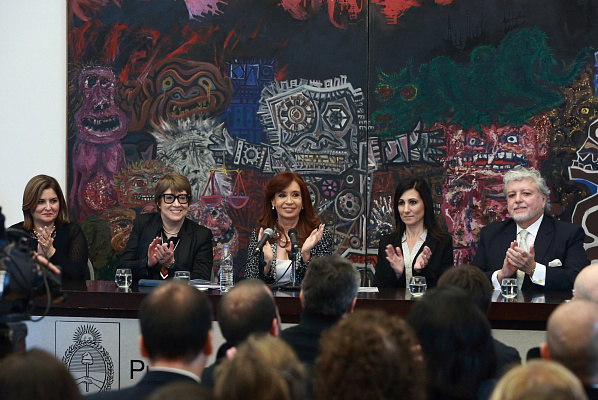 Argentina to return thousands of artefacts to Ecuador and Peru

During a ceremony for the inauguration of 18 renovated rooms at the Museo Nacional de Bellas Artes, Argentina’s president Christina Fernandez de Kirchner said the country would return more than 4,000 archaeological artefacts to Ecuador and Peru, which were stolen as she said.

“We are doing something unusual, really special,” Ms Fernandez said and added “It is an honour and a pleasure to restore the cultural wealth of countries such as Ecuador and Peru in a world where such wealth has so often been taken away.”

She referred to artefacts from Greece, Syria, Egypt, Asia and even Latin America which are being kept in the great museums of the world and have not been returned, urging other countries to follow Argentina’s example.

The artefacts to be returned haven’t been specified yet.