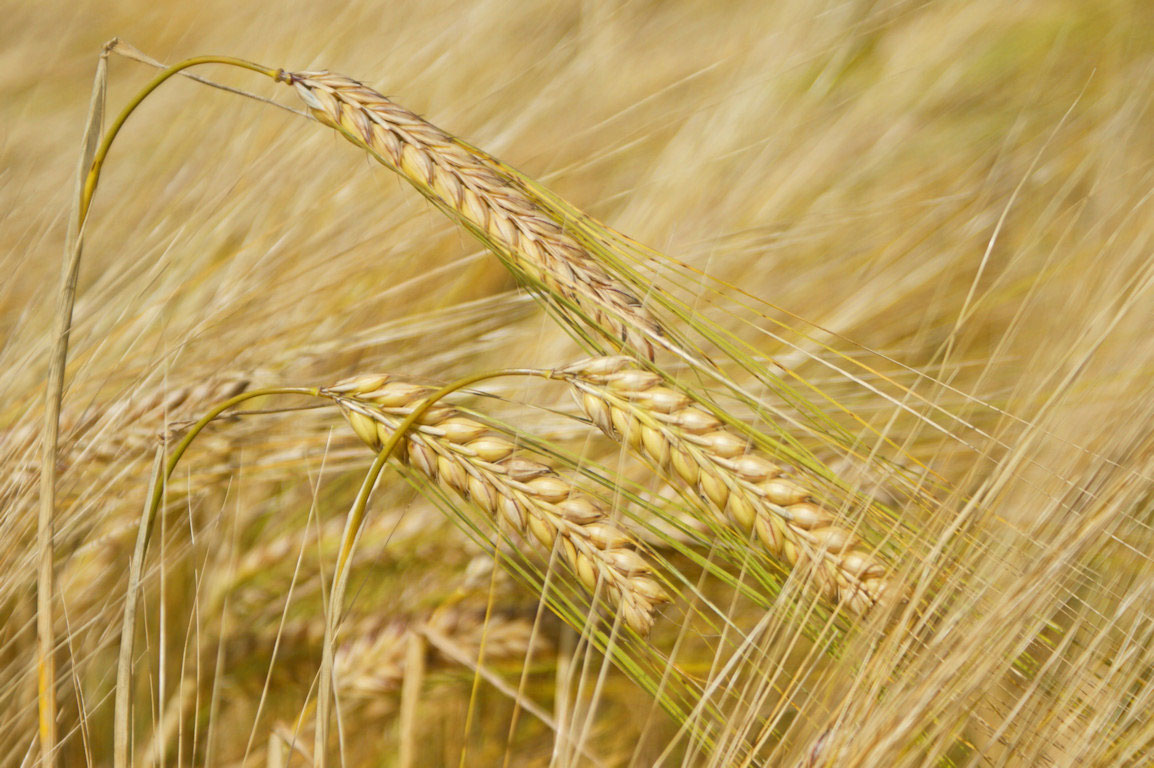 A group of intrepid Israeli researchers recently went back to the dawn of the Stone Age to make lunch.

Using 12,500-year-old conical mortars carved into bedrock, they reconstructed how their ancient ancestors processed wild barley to produce groat meals, as well as a delicacy that might be termed “proto-pita” – small loaves of coal-baked, unleavened bread. In so doing, they re-enacted a critical moment in the rise of civilization: the emergence of wild-grain-based nutrition, some 2,000 to 3,000 years before our hunter-gatherer forebears would establish the sedentary farming communities which were the hallmark of the “Neolithic Revolution”.

The research team, consisting of independent researchers as well as faculty members from Bar-Ilan and Harvard Universities, conducted their study in the Late Natufian site of Huzuq Musa, located in Israel’s Jordan Valley. Their findings were published in the journal Plos Oneon July 31, 2015.

When Did Agriculture Begin?

Most investigators agree that cereal domestication was achieved about 10,500 years ago. The current work demonstrates how groat meals and fine flour were produced from wild barley, two to three millennia before the appearance of domesticated grains.

According to Prof. Mordechai Kislev, an expert in archaeo-botany who is a member of Bar-Ilan University’s Mina and Everard Goodman Faculty of Life Sciences, the team’s field work resolved a long-standing mystery about thousands of cone-shaped hollows carved into the bedrock throughout the Southern Levant.

“The conical, human-made hollows, found all over Southeast Asia, were noticed by archaeologists decades ago, but there was no agreement about their function,” Prof. Kislev says. “Assuming they were mortars used for the processing of plant food, my colleagues – under the direction of archaeologist Dr. David Eitam – decided to use these ancient stone tools, along with period-appropriate items such wooden pestles, sticks and sieves, to reconstruct how the work was done.”

Along with Eitam and Kislev, additional members of the team were physicist Adiel Karty and Prof. Ofer Bar-Yosef, a member of Harvard University’s Department of Anthropology.

From Field to Food Ingredient

The experiment began by collecting spikelets – the coated grains of a cereal ear – from wild barley, the most common wild cereal in the Levant both in prehistory and today. After ripening on the ground to prevent them from scattering in the wind, the grains were then separated from the stalks, first by beating against the threshing floor with a curved stick, and subsequently, by sifting them through a large-holed sieve.

“At this point, the conical mortars were used to complete the transformation of wild grain into groats and flour that could be used for food,” says team member Adiel Karty, explaining that the different-sized mortars served specific agricultural purposes. “Filled with a measure of the raw grain and beaten with a wooden pestle, the wider cones were used for hummeling – removal of the bristle that extends from the edge of the seed,” he explains. “The narrower cones came into play during the next stage, when the same wooden pestle was used to remove the grain husk; the Natufians invented a peeling-milling machine long before the invention of machinery!”

After de-husking, the grain was scooped out of the conical mortar by hand then placed into a small cup cut in the adjacent bedrock. From there, it was transferred for filtering in a small-gauge sieve.

“We found that de-husking – and the later milling into flour – was significantly aided by the presence of these cup-like depressions, which could be used to deposit material produced in the mortar by repeated hand-scooping from its bottom,” says Dr. Eitam. “This was a kind of labor-saving device, making it easier to transfer the grain and waste material to a sieve or other vessel.”

Prof. Ofer Bar-Yosef, an emeritus faculty member at Harvard who is a world-renowned expert on the origin of modern humans and early farming societies in the ancient Near East, says that the current study complements nearly 80 years of investigations suggesting that the Natufians – although subsisting as a hunter-gatherer society – used sickles to harvest wild, almost-ripe cereals, and were capable of producing large quantities of groat meals from roasted, “half green” barley grain. Moreover, the technological advance from wide-to narrow-cone mortars represented a major dietary change, because de-husked flour made it possible to produce the fine flour needed for what has become the Western world’s most widespread staple food: bread.

“With the development of a new agro-technological system, including threshing floors, peeling utensils and milling devices, the Natufians bequeathed to their Neolithic successors a technical advancement that contributed to the establishment of agricultural societies,” Prof. Bar-Yosef says.

Prof. Kislev points out that the barley-processing “facilities” found at the site indicate that stone-utensil-produced flour could have been a significant part of the local Natufian diet.

“Huzuq Musa is estimated to have had a population of about a hundred people,” he says. “If we assume that the historical 35 liters of grain given to a Roman worker during the winter corresponds to a reasonable level of nutrition, the four large threshing floors discovered near the site – and its accompanying tools – could have produced a sufficient quantity of processed barley for its estimated inhabitants.”

“Producing food from wild barley grain was not easy, but the biggest challenge may have been the challenge of not harvesting all the wild grain in the field, and ensuring that there would be something left to eat the following year,” he says. “This Natufian advance was a bridge to the Neolithic revolution, when sedentary farmers developed the discipline needed to plan for the successful planting – and reaping – of domesticated grains.”

According to Dr. Eitam, the majority of scholars agree that Natufian culture was characterized by the first communities that inhabited permanent settlements. “Our discovery of this sophisticated agro-technological system indicates that Natufian society made the shift from hunting-gathering to an agriculture-based economy, which was possibly extant 3,000 years before the domestication of cereal,” he says.