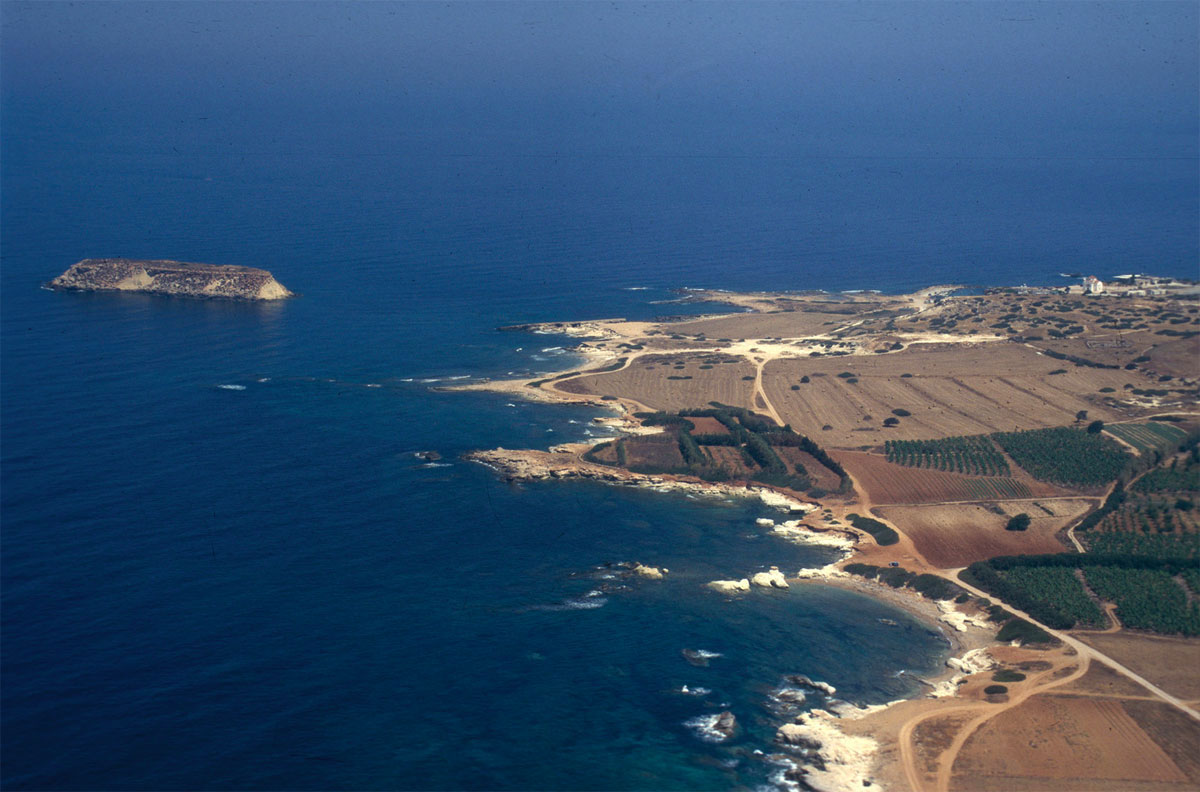 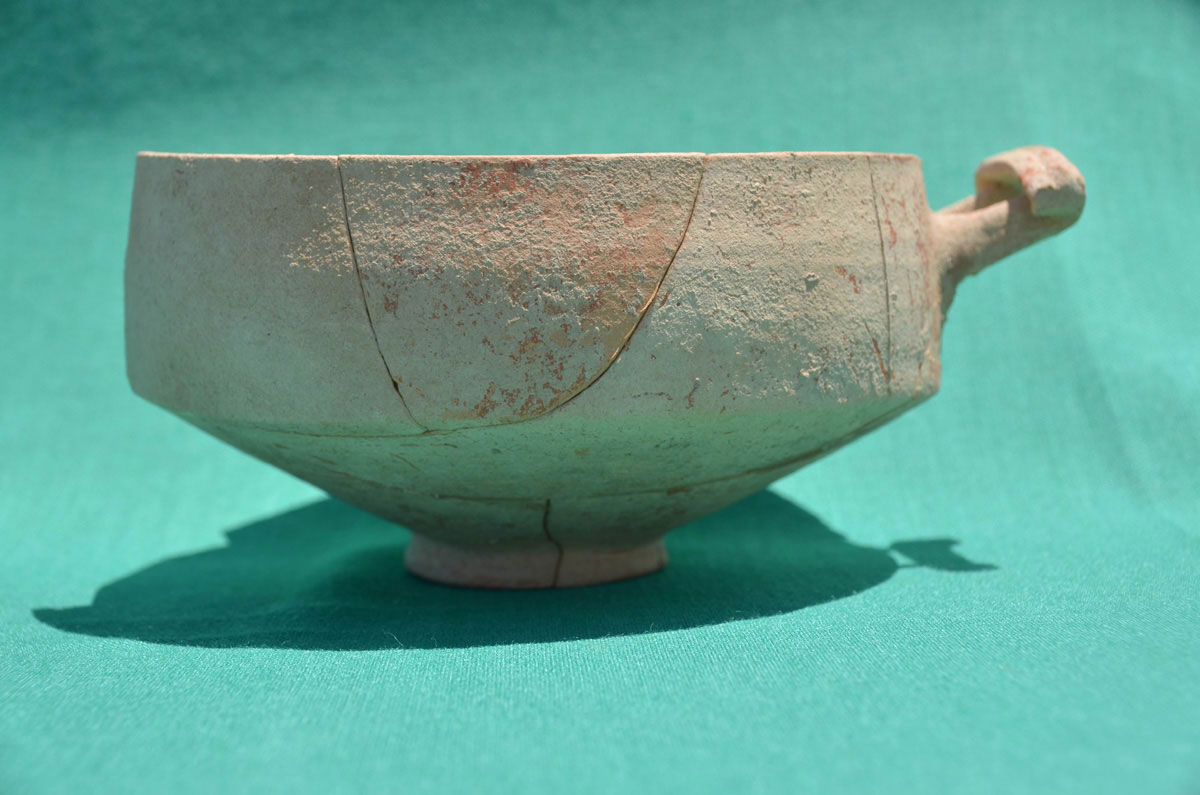 Excavations within the island sanctuary of Apollo

The New York University Geronisos Island Expedition has conducted four weeks of excavation this summer at the island of Geronisos under the direction of Joan Breton Connelly. An international team of senior staff members and students excavated within the island sanctuary of Apollo, just opposite Agios Georgios tis Pegeias (fig. 1), Work focused on a large complex of food preparation, distribution and storage facilities built along the southern edge of the island during the final years of Ptolemaic-Egyptian rule on Cyprus. Here, a rubble wall with an associated plaster floor was unearthed, dated to the first century BC. Excavations revealed fine Hellenistic pottery deposited up against this wall (fig. 2), including a skyphos-bowl of “Koan-Knidian” type, produced in local fabric. Eight Chalcolithic pounder stones, a mortar and flints found on the floor give evidence of Hellenistic reuse of Chalcolithic tools.Prof. Jolanta Mlynarczyk of the University of Warsaw continued her study of the Geronisos pottery, while Dr Mariusz Burdajewicz worked on his publication of the Geronisos glass finds. Dr Alaria Bultrighini of University College London began her study of a rare stone parapegma unearthed on Geronisos, an intriguing device for keeping track of the 30-day lunar calendar. Dr Paul Croft of the Lemba Archaeological Field Station supervised excavations within the Central South Complex and continued his study of the Geronisos animal bones. Architect Richard Anderson undertook a 3-D digital survey of the island’s architectural remains.The 2015 season included new and important work on the mainland opposite Geronisos where a surface survey was undertaken, stretching from Maniki Harbor at the south to the acropolis of Agios Georgios tis Pegeias at the north. The relationship of Geronisos to the mainland settlement is now a major focus of the work. Andrew Wilson, Professor of Roman Archaeology and Head of the School of Archaeology, Oxford University, joined the 2015 season at Geronisos to plan for this initiative in understanding the mainland site and to continue his work in publishing the hydraulics of Geronisos, its cisterns and water-collection devices.